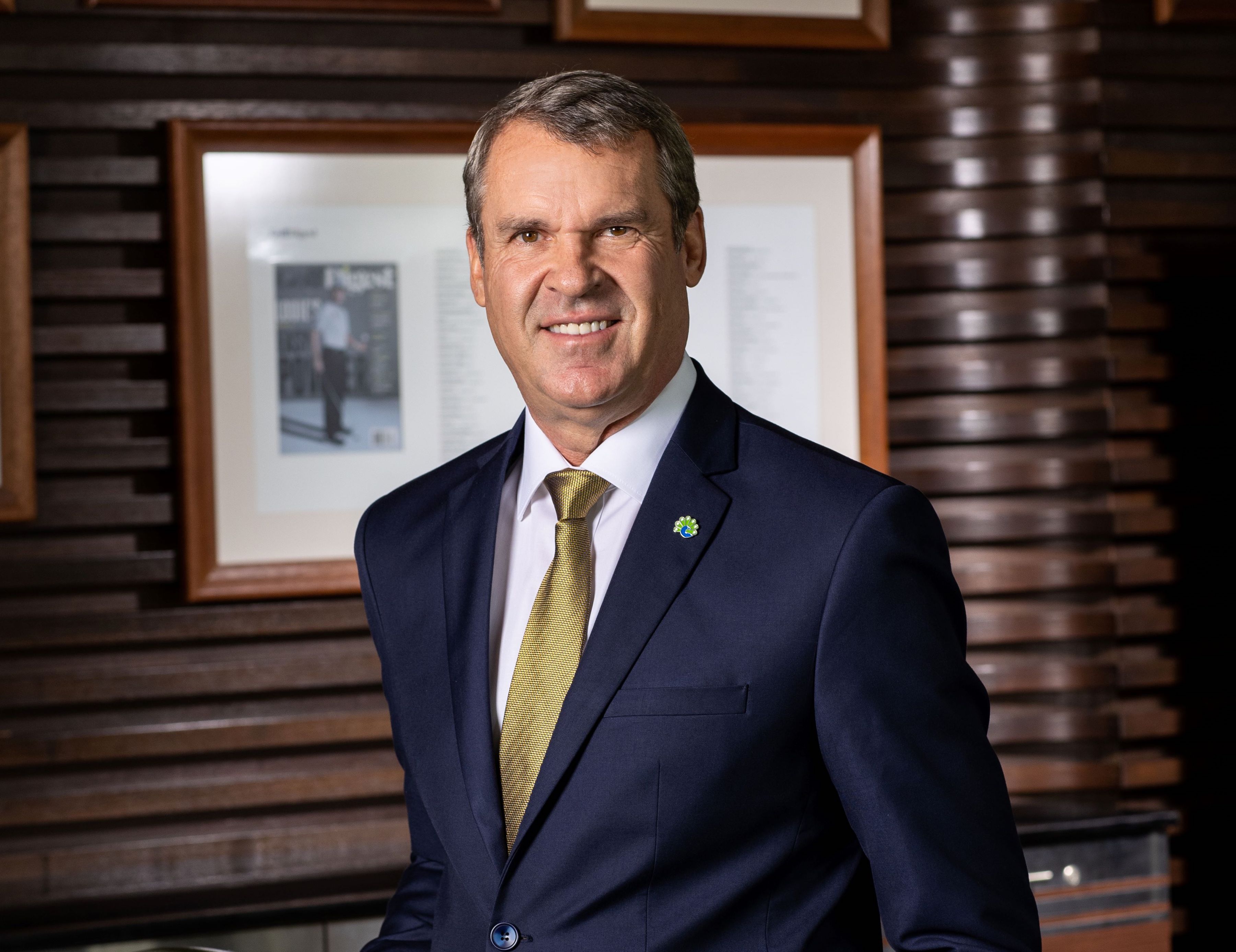 Andrew Johnston – General Manager, Director of Agronomy and Resident Golf Course Designer at Sentosa Golf Club has been named as one of the ‘Most Innovative People in Golf’

Andrew Johnston, the General Manager, Director of Agronomy and Resident Golf Course Designer at Sentosa Golf Club, and the person seen as the driving force behind changing the golf industry’s response to climate change, has been recognised for his work after being named as one of the ‘Most Innovative People in Golf’.

Featuring in an exclusive list by Golf Inc. magazine containing just nine people, Johnston was credited for his culture-building leadership, pioneering methodologies in waste management and an agronomic best practices strategy, all of which have helped Sentosa Golf Club fast become recognised as the world’s most sustainable golf club.

Starting his career in golf over 35 years ago, Johnston has worked under the guidance of Arnold Palmer, Gene Bates, and other industry leaders, and is revered for the work he has undertaken in inspiring the international golf community to act against climate change, with the likes of Portmarnock Golf Club, one of Ireland’s most prestigious venues, and European Golf Design, following in Sentosa’s footsteps with pledges to become carbon neutral.

Johnston is about to start his second decade in Singapore, and it is during that time and under his guidance that the team at Sentosa Golf Club has become a powerhouse of Asian Golf, defined by its state-of-the-art agronomy programme and ‘Tournament Ready’ conditioning all year round across both its two world-class championship golf courses, The Serapong and The Tanjong.

A key component of Johnston’s strategy has been to create five-star conditioning with an environmentally sustainable platform at Sentosa, with a number of innovative and forward-thinking initiatives implemented to help reduce the Club’s overall carbon footprint.

These include eight stingless bee colonies around the golf courses, created to address the awareness needed in the global decline of the bee population. Whilst large reservoir lakes, installed as part of The Tanjong’s redevelopment in 2016, have allowed the Club’s two championship courses to become self-irrigating by recycling excess storm run-off water collected as irrigation. The Club also grinds down its food waste to reuse it as fertiliser on the golf courses, and in 2020 became the first golf club in the world to sign the UN Sports for Climate Action Initiative.

Many of these initiatives and the model adopted at Sentosa, under its latest sustainability campaign called GAME ON, are now being mirrored by golf clubs around the world, as the industry looks to future proof the sport for generations to come. 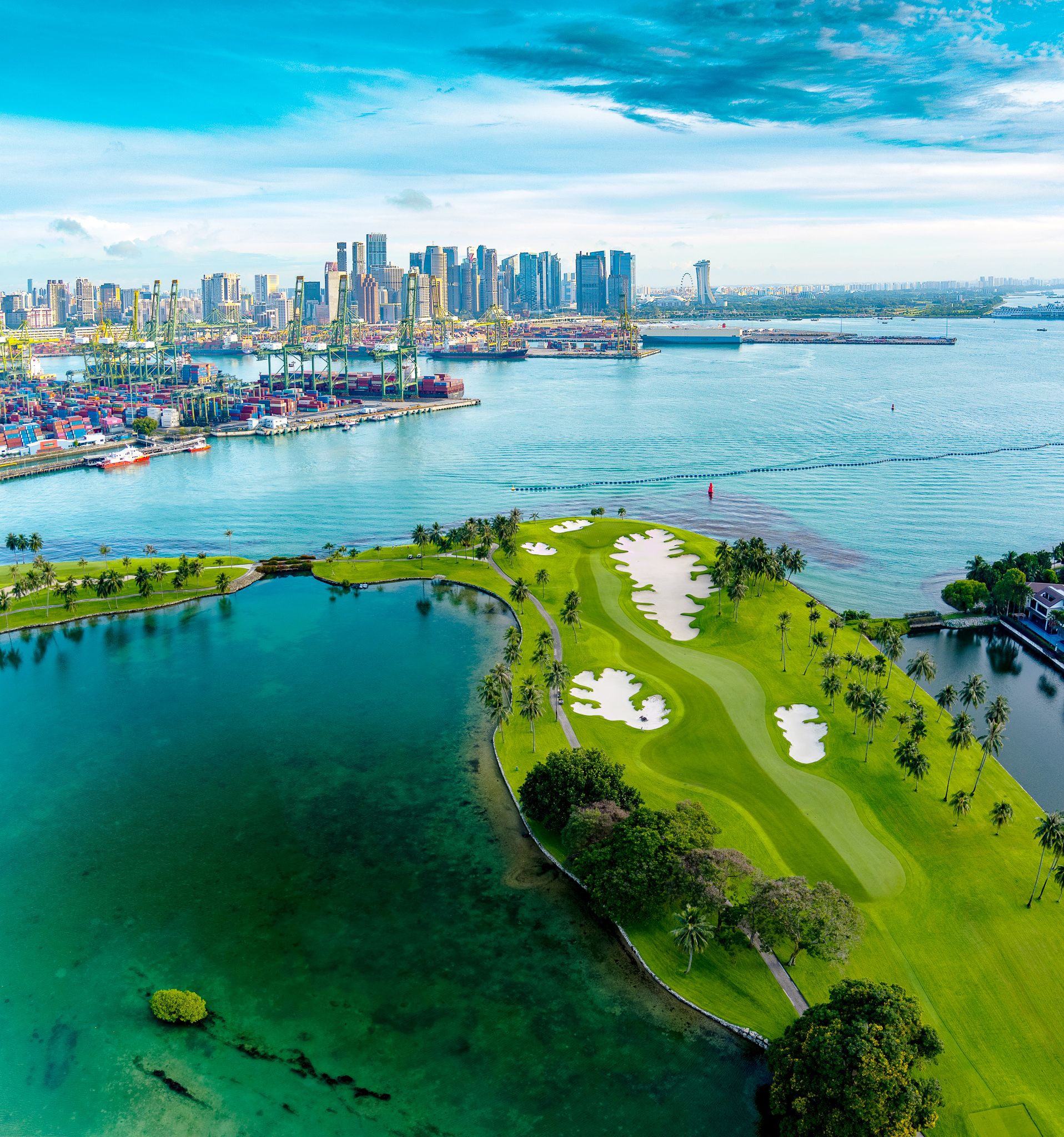 Speaking about his achievement, Johnston was quick to credit his team at Sentosa Golf Club, saying, “I am extremely proud and honoured to have been selected by Golf Inc. Magazine in their list of Most Innovative People in Golf, but the overall success showcased at Sentosa Golf Club is down to the collective culture of the team, not individuals. It takes a great team to build the foundations for success and without their support and hard work we would not be in a position to make a difference through our ongoing environmental strategy.

“We will continue to think outside the box as we look to unveil the next stages on our sustainability journey by working closely with our owners and partners to promote action against climate change, both in Singapore and the golf industry.”

Sentosa Golf Club President, Andrew Lim, also added, “The work undertaken by Andy and the team at the Club over the last few years has been nothing short of inspirational. The way in which the team has driven our ongoing sustainability agenda forward on a daily basis has helped to increase not only Sentosa Golf Club’s global status but also continues to promote Singapore’s green agenda too. I speak on behalf of all our members and guests in saying that we look forward to seeing where the Club’s journey takes us over the next decade under Andy’s leadership.”

Having successfully hosted the Asian Tour finale, the SMBC Singapore Open, in recent weeks, the Club aims to continue showcasing the ‘Lion City’ as a global business and tourism hub by staging the HSBC Women’s World Championship (3-6 March) next month, with the world’s best female golfers set to entertain across four action-packed days on The Tanjong.