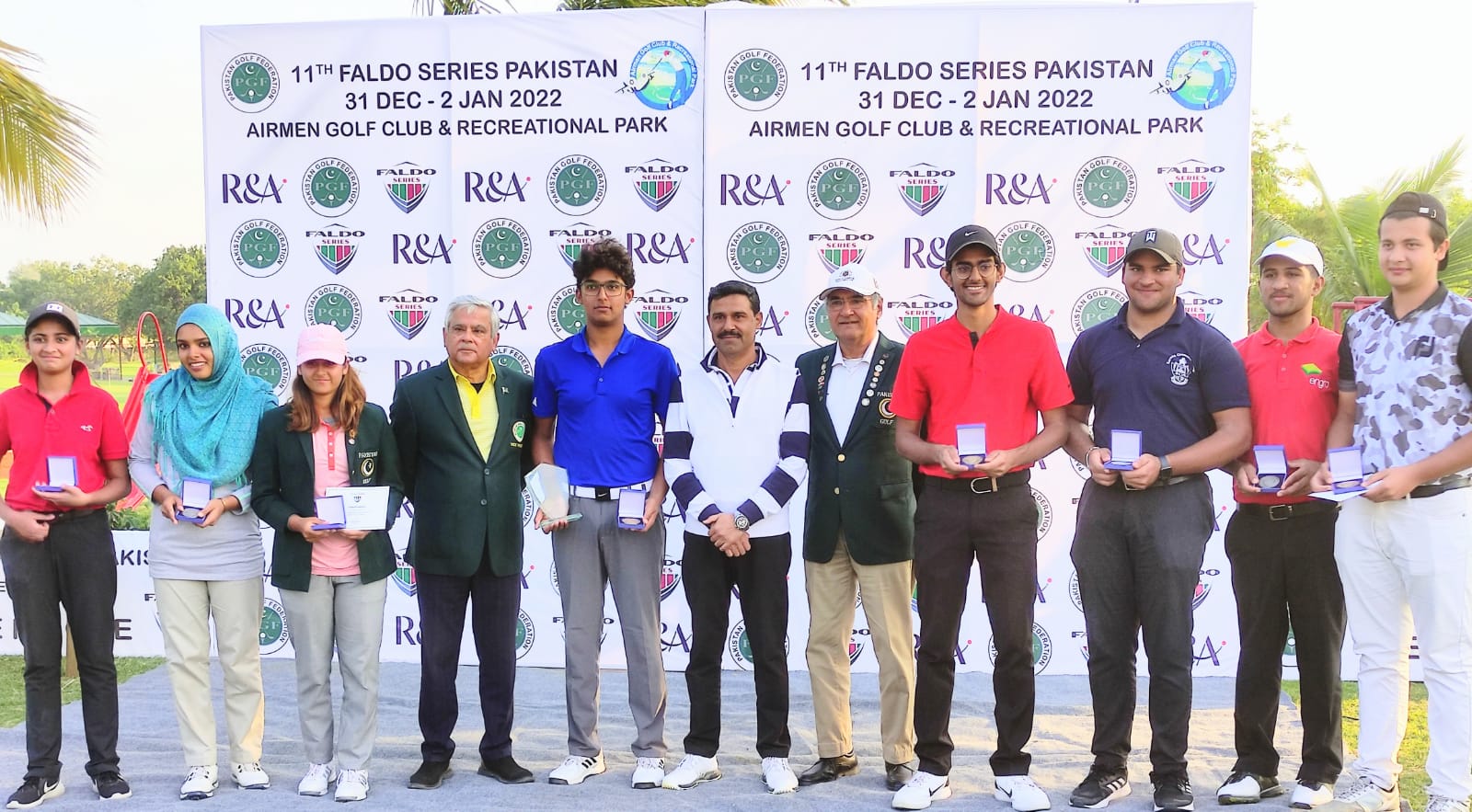 Almost a year to the day since being crowned his country’s youngest national champion, Omar Khalid had special cause to celebrate the onset of another New Year.

In the first week of January, 2021, Khalid created a slice of golfing history by winning the National Amateur Championship of Pakistan, aged 16.

Fast forward to the first week of 2022 and the 17-year-old was in the limelight once more, posting a runaway victory in the 11th edition of the Faldo Series Pakistan Championship.

Highlighted by a second round of three-under-par 69, Khalid recorded a 54-hole aggregate of one-over 217 at the Airmen Golf & Country Club, a leisure facility spread over 180 acres of Karachi’s pristine mangroves, and well known for its embodiment of serenity and luxury.

Second place overall went to Nadir Ahmed Khan, who triumphed in the Boys’ Under-21 category with a total of 244, giving Khalid a 27-stroke success in the overall standings, one of the largest winning margins in Faldo Series Asia history.

Khalid, who started playing competitive golf at the age of 10 and has won a stack of junior and amateur tournaments, entered the week in 1,845th spot in The R&A World Amateur Golf Ranking (WAGR), fourth among Pakistani males.

The progress that Khalid has made in the past 18 months was evident from the fact that he finished runner-up in the Boys’ Under-16 category at the Faldo Series Pakistan Championship in late 2020, 11 shots behind Syed Yashal Shah.

In 2022, the tables were turned with Shah ending 30 shots adrift of Khalid in taking runners-up spot in the Boys’ Under-18s.

“Congratulations to Omar. To win so comprehensively is impressive,” said six-time Major champion Sir Nick Faldo, who praised the Pakistan Golf Federation for its efforts to promote the game and for proceeding with the WAGR event, which attracted entries from across the country.

“Because of the pandemic, playing opportunities for junior golfers have been limited these past two years. I’m grateful, therefore, to all those involved in ensuring the Faldo Series Pakistan Championship was able to go ahead,” said Sir Nick, Founder of the Faldo Series.

Having staged the 10th edition of the Faldo Series Pakistan Championship in November 2020, the 54-hole event that spanned the 2022 New Year period, is categorised as the opening leg of the 2021-22 Faldo Series Asia season.

Age group winners qualify for the 2021-22 Faldo Series Asia Grand Final, which is tentatively scheduled to be held at Vietnam’s Laguna Lăng Cô late this year.

The Faldo Series Asia is supported by The R&A and endorsed by the Asian Tour and the Asia-Pacific Golf Confederation.

As well as a series of qualifiers in Thailand, events in 2020-21 have taken place or are planned in Australia, Bangladesh, China, Chinese Taipei, Hong Kong, India, Indonesia, Japan, Malaysia, Nepal, Pakistan, the Philippines, Singapore, Thailand and Vietnam over the next few months, subject to prevailing conditions and circumstances.

Recognised as the only global amateur series for boys and girls, the Faldo Series was established in 1996, expanding to Asia in 2006.