Malaysia’s Gavin Green Back in Action at the Singapore International 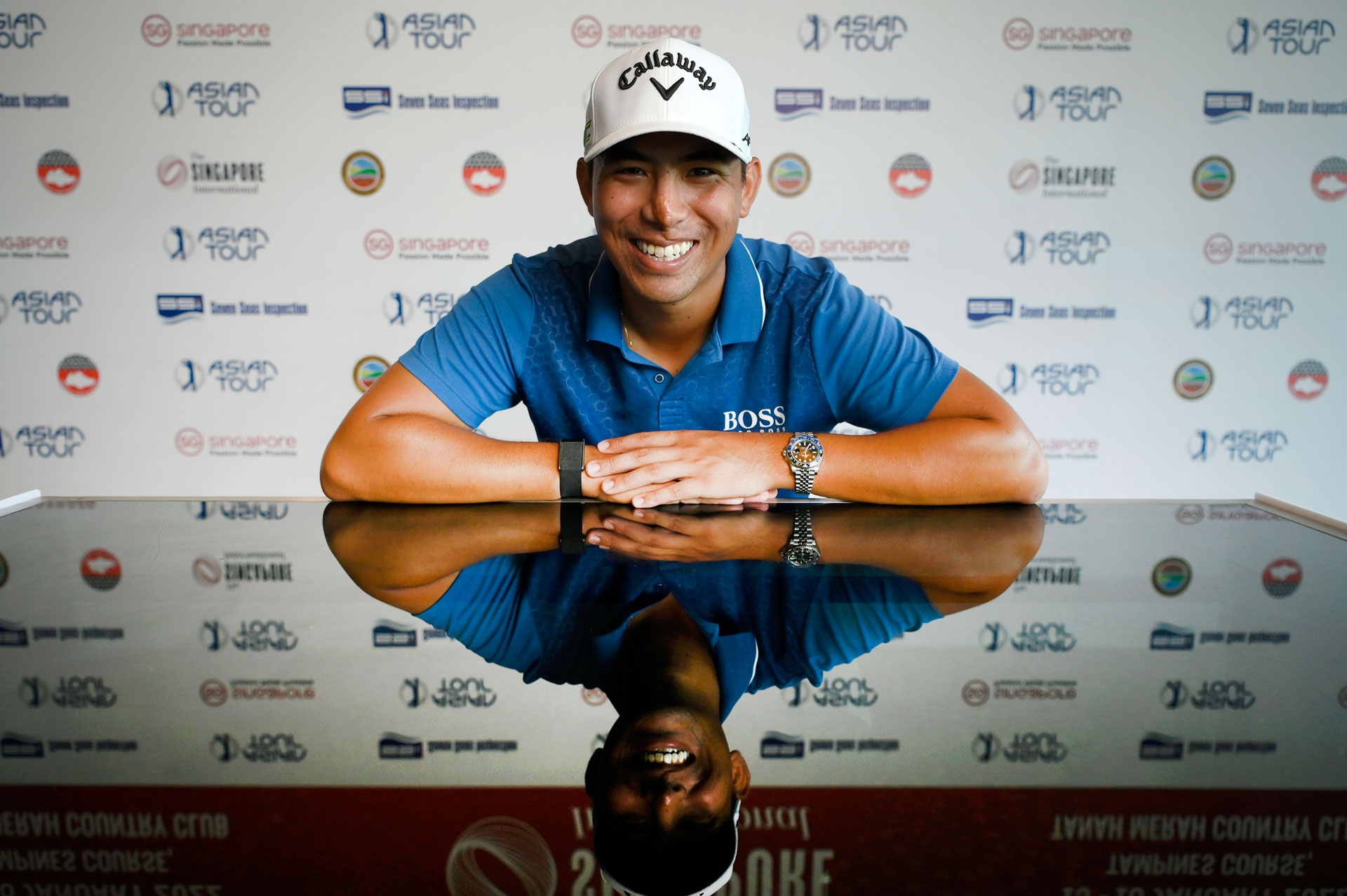 Gavin Green from Malaysia and Thailand’s Jazz Janewattananond are back in action this week after a much-needed break following a long and gruelling 2021 that left them both exhausted.

The Singapore International at Tanah Merah Country Club, being played on the Club’s Tampines Course, is the penultimate event of the Asian Tour’s 2020-21 season, and for both players, the US$1 million event is a chance to evaluate their games ahead of another important year in their young careers.

Jazz said, “This is my first event of the year, I had a long break. Didn’t touch the golf clubs for 20 days so I’m pretty much trying to get back on track, get back into the groove. It’s [The Singapore International] almost like a warm-up event but hopefully, I can create some positive results to move forward.”

Jazz and Green both competed in the two-leg Asian Tour Phuket Series at the end of last year before taking five weeks off.

“[At the end of 2021] I felt like my physical ability was not that tired but mentally I was gone,” added Jazz.

“I couldn’t think, I was on the road for a year and a half. With no news of Thailand opening up, I didn’t miss home at all but once they said Thailand was going to do the test and go scheme, it finally clicked that I actually wanted to go home, and I was feeling homesick. So once I arrived in Thailand, my mind wasn’t on golf, so it was good to kind of get away from it.”

Jazz is determined to rediscover the form that saw him win the 2019 Asian Tour Order of Merit title, with four victories, and get back into the top-50 in the world but says the Tampines Course ‒ which was re-opened in 2019 after renovations ‒ is an unexpected and difficult challenge to the start the year.

He said: “I played the Pro-Am yesterday and have to say I found five to six really long holes which I didn’t expect, and this golf course is a beast. It’s built on a very big property. So, I’m looking forward to playing it.”

“At least I feel stronger. I was so weak by the fifth month that I was out, and I was out for seven and a half months. By the fourth/fifth month, I was done. I was just done, and it was tough. But I still gave it my best shot as good as I could.”

The 28-year-old struggled with his form last year playing in Europe.

“My game was very disappointing. I was obviously very hard on myself. As a golfer, it was hard to accept it, that it was that bad. But then again, I’ve had good people around me – my parents, my friends, my coach, we’ve always talked about it. It’s part of the game. You just kind of learn to live with it, learn from it and when it happens again, which it will at some point, just bounce back quicker, don’t dwell on it so much. And I feel like this break was huge. I just feel so much happier now playing golf again.”

Green is also competing in next week’s SMBC Singapore Open at Sentosa Golf Club ‒ the final event of the Asian Tour’s 2020-21 season.