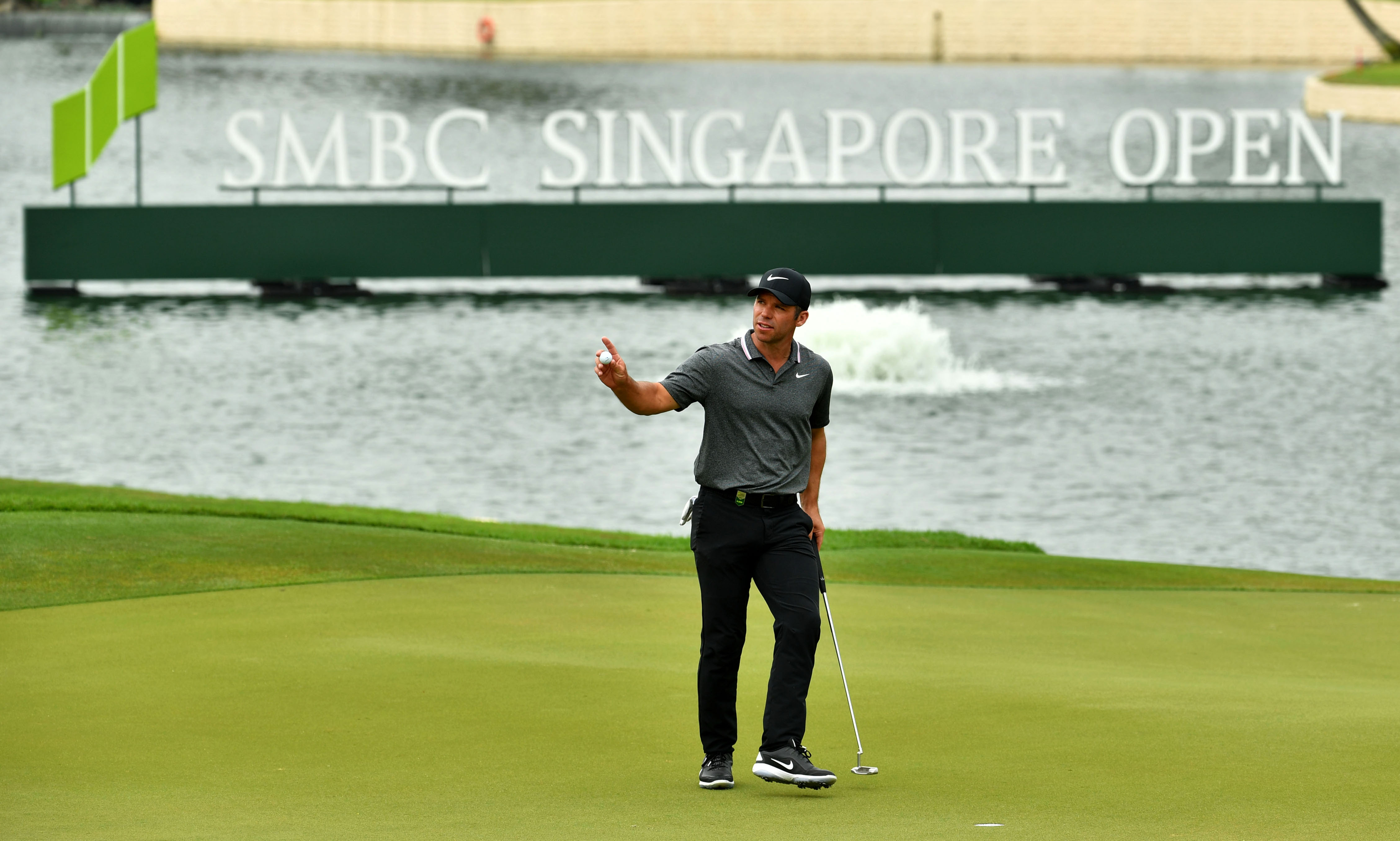 SINGAPORE- Paul Casey of England during round two of the SMBC Singapore Open at the Sentosa Golf Club, Singapore. Photo: Paul Lakatos/Lagardére Sports.

Paul Casey has confirmed he will compete in the SMBC Singapore Open later this month and make the prestigious tournament his first event of 2022. Casey, who has won 21 titles worldwide memorably claimed joint-second place in the event in 2019 and says he is determined to improve on that result this year when the US$1.25 million tournament is played on Sentosa Golf Club’s Serapong Course from January 20-23.

“I had committed to play last year before the tournament had to be postponed because of COVID-19 but when I knew the event was back on this year, I was more than happy to renew my intention to play,” said Casey ‒ currently ranked 27th on the Official World Golf Ranking.

He thrilled the galleries three years ago when in his second appearance in the event he finished two shots behind Thailand’s Jazz Janewattananond.

“I love the event, the golf course and the city and I definitely have some unfinished business there: I’d love to have my name on that trophy!” he added.

“Given the tough two years Asian golf has faced, I felt it was important I continue to support the event. As a global player, I feel obligated to help grow the game and impart my knowledge and experiences with the next generation of Asian golfers.”

The 44-year-old Englishman has claimed 15 titles on the DP World Tour and three on the PGA Tour during a stellar career.

He has also represented Europe on five occasions in the Ryder Cup ‒ thrice on the winning team ‒ and won the WGC-World Cup with countryman Luke Donald in 2004.

Casey first played in Singapore’s national Open in 2012 – finishing in a tie for 10th.

The Englishman is no stranger to winning in Asia having claimed the Shinhan Donghae Open in Korea in 2011 and the Volvo China Open and TCL Classic, also in China, both in 2005.

On the final day in 2019, playing in the penultimate group, he mounted an impressive challenge for the title and was five-under for his round after 14 holes, but his charge was halted by a bogey at 15. Two more birdies followed for a six-under-par 65 but it was not enough to stop Jazz, who also shot 65 for a winning total of 18-under-par 266 ‒ which is the tournament record.