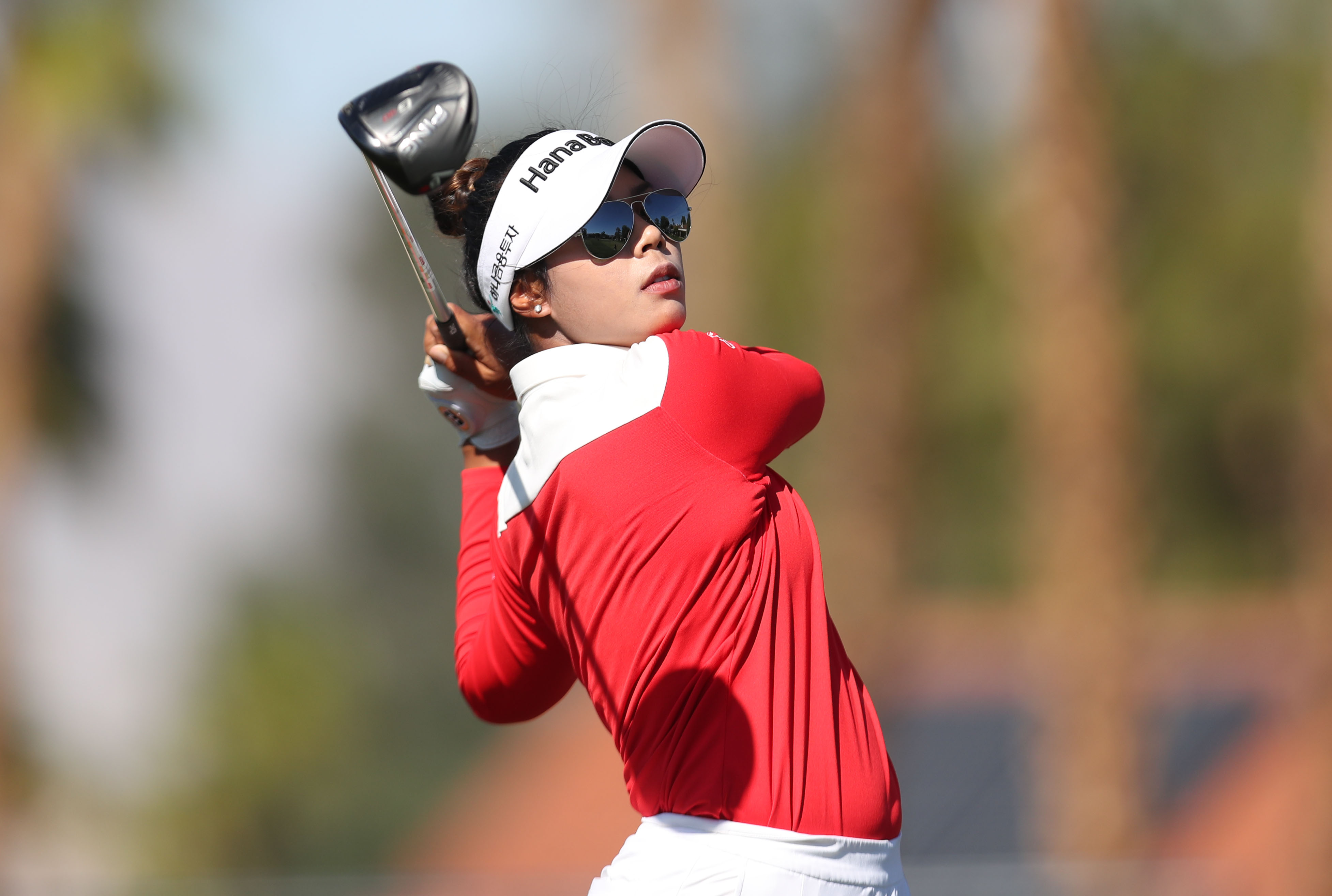 Patty Tavatanakit of Thailand tees off from the 11th hole during round three of the ANA Inspiration at the Dinah Shore Course at Mission Hills Country Club on April 03, 2021, in Rancho Mirage, California. (Photo by Jed Jacobsohn/Getty Images)

A sponsor invitation to the HSBC Women’s World Championship has been awarded to Thailand’s Patty Tavatanakit who announced her arrival on the international golf scene earlier this month, winning the year’s first major championship in her rookie season.

The big-hitting 21-year old from Bangkok saw off a late challenge from Lydia Ko to claim her first LPGA Tour victory at the ANA Inspiration and joins Ariya Jutanugarn as the only two players from Thailand, male or female, to win one of the game’s major championships.

Tavatanakit said, “I’m feeling good about where my game is right now, and I really feel ready to take on the rest of the season.  The win at the ANA Inspiration hasn’t really sunk in yet, but I’m so grateful to my coaches and trainers who helped make that lifelong dream a reality. I’m really excited to play the HSBC Women’s World Championship for the first time which is a tournament I’ve always followed from home in Thailand. I’ll be familiar with the conditions in Singapore so hope I can do well. A big thank you to HSBC and I look forward to seeing you in Singapore!” 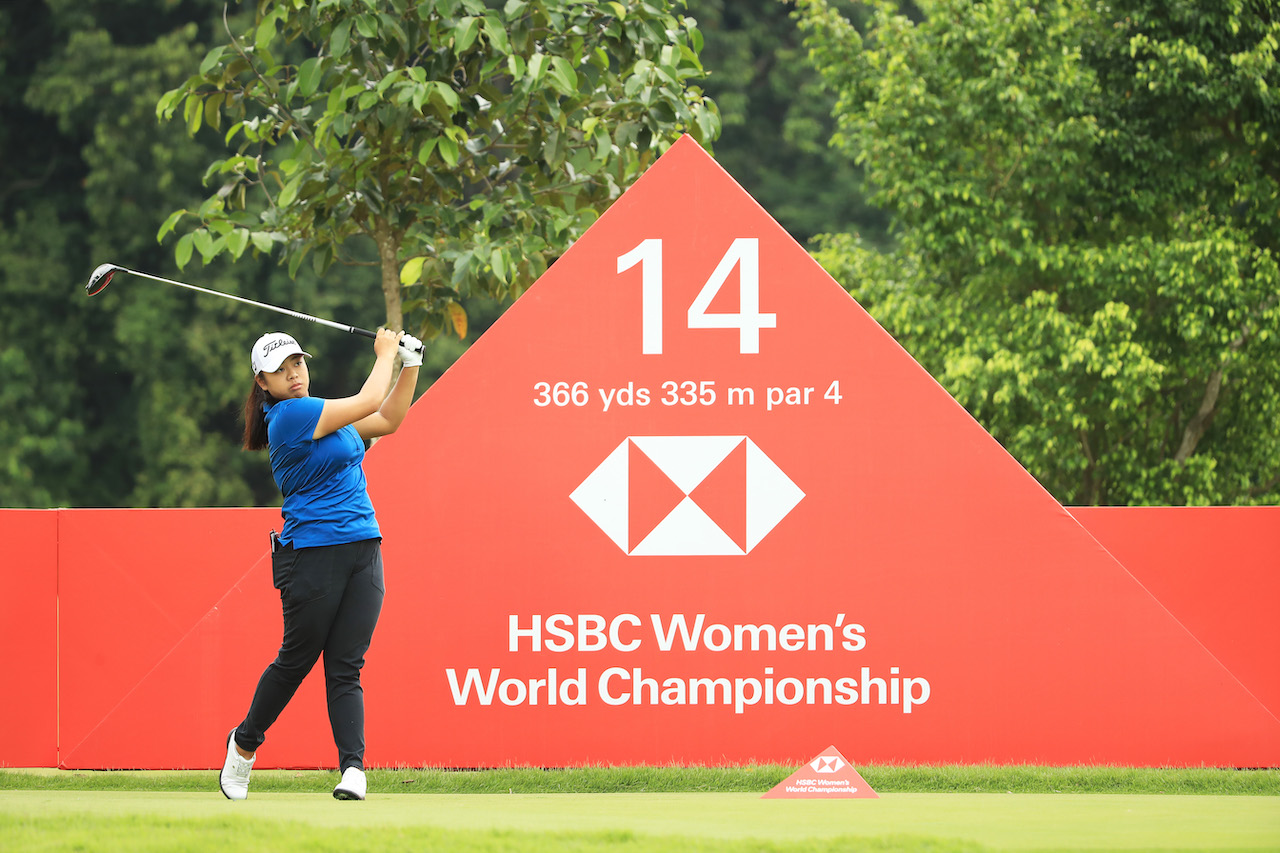 Amanda Tan was also given a sponsor’s invite to the ‘Asia’s Major’ tournament. She returns to the Tanjong Course by virtue of being Singapore’s top-ranked player. It will be the 22-year old’s fourth outing at the tournament having previously played in 2014, 2017 and 2019. Playing at her own club, she will be looking to take full home advantage.

“Thank you very much to HSBC for the invitation to compete in this year’s HSBC Women’s World Championship. It’s a great honour to represent Singapore once again and especially to play at Sentosa Golf Club which is my home club. As always, I’m really looking forward to it and will do my absolute best to give all the fans at home something to cheer about,” said Tan. 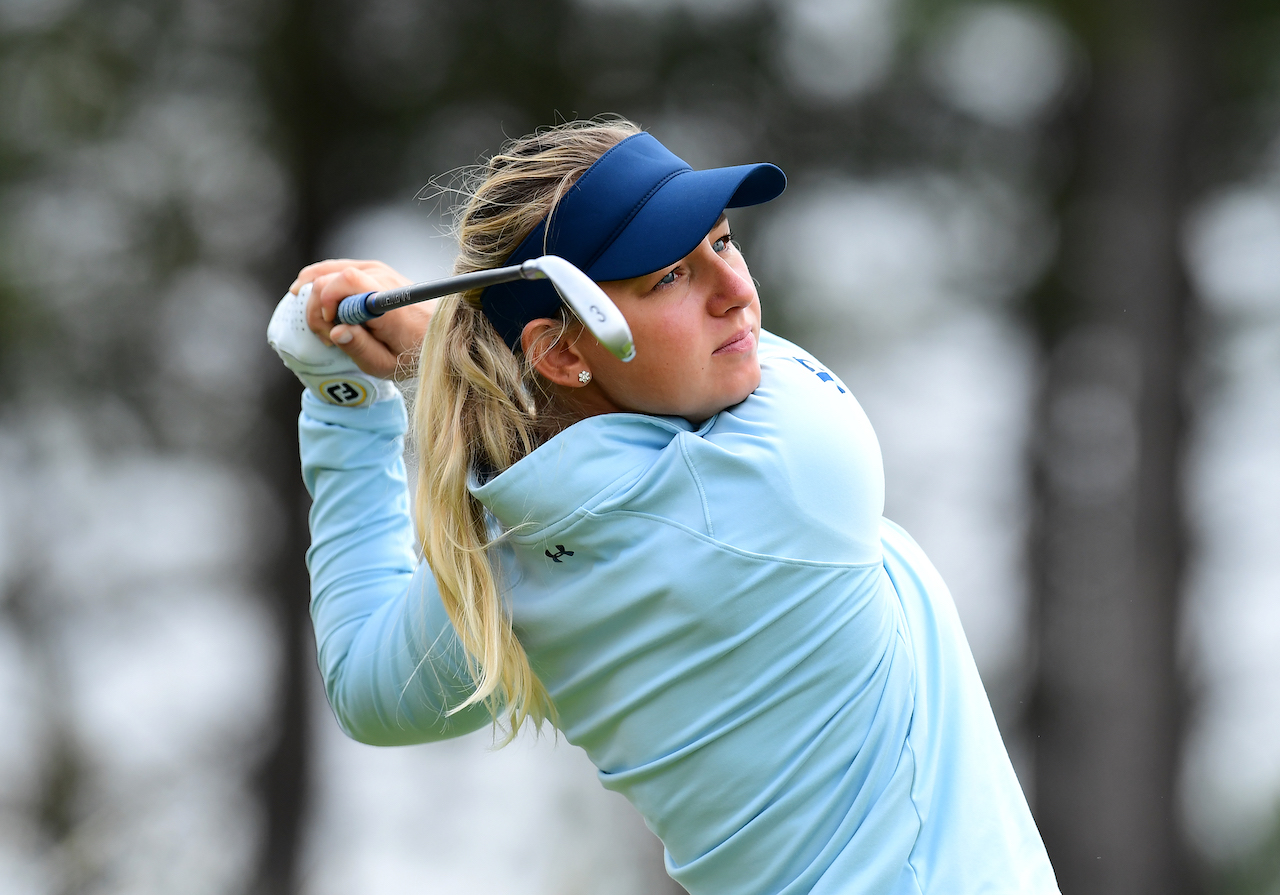 Emily Pedersen of Denmark plays her tee shot to the 18th hole during day two of the Aberdeen Standard Investments Ladies Scottish Open at The Renaissance Club on August 14, 2020, in North Berwick, Scotland. (Photo by Mark Runnacles/Getty Images)

Other players to receive sponsor invitations are Xiyu Lin of China who returns to Singapore for the first time since 2016, while Emily Pedersen of Denmark makes her tournament debut on the back of an impressive run of form on the Ladies European Tour in 2020, notching up four wins together with a runner-up finish in the Aberdeen Standard Ladies Scottish Open. 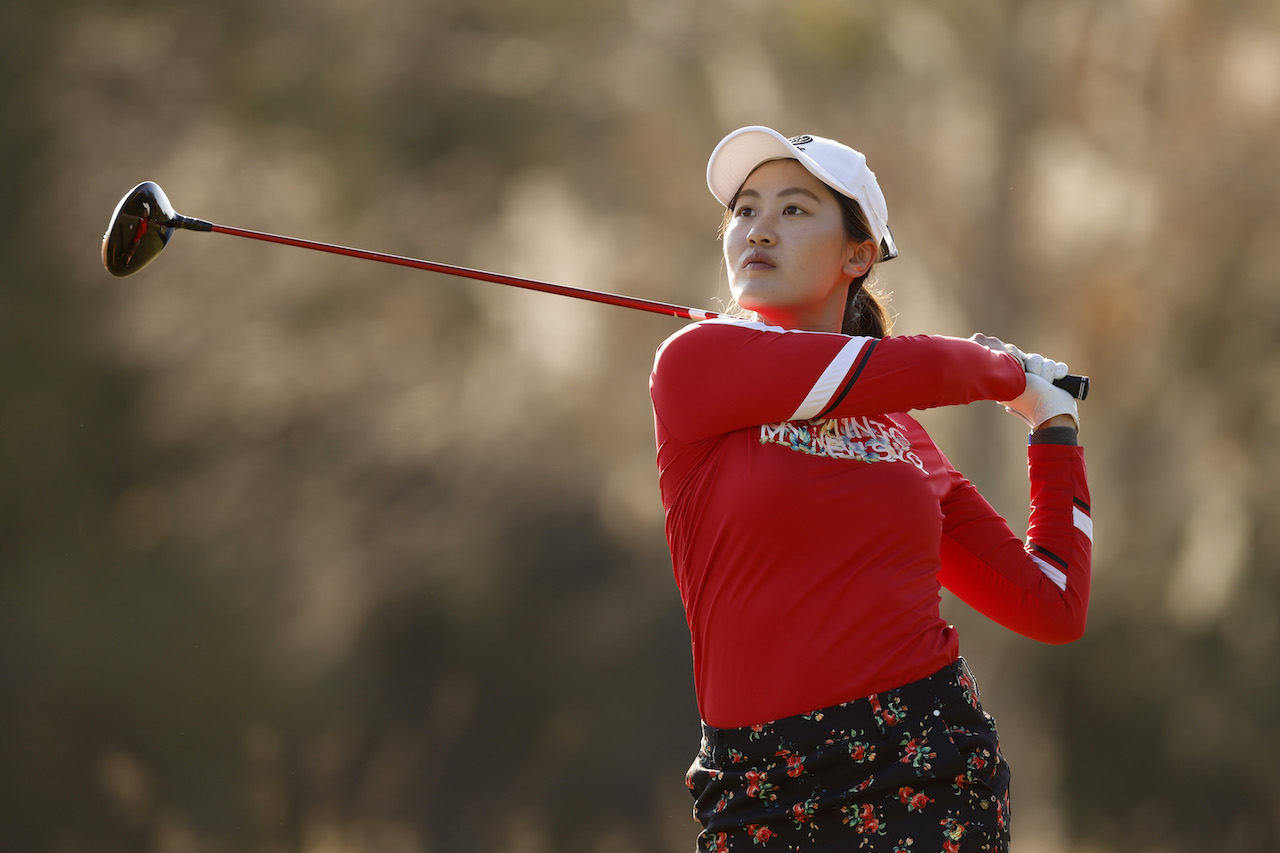 NAPLES, FLORIDA – DECEMBER 20: Xiyu Lin of China plays her shot from the third tee during the final round of the CME Group Tour Championship at Tiburon Golf Club on December 20, 2020, in Naples, Florida. (Photo by Michael Reaves/Getty Images)

Olfert De Wit, Interim CEO of HSBC Singapore said, “The HSBC Women’s World Championship is our flagship event in women’s golf and we are thrilled to have recently announced our ongoing commitment as title partner of the event. Hosting this tournament is one of HSBC’s most important international hubs showcases our firm commitment to Singapore and women in sport. Since 2008, we have brought world-class golf to Singapore through our support of ‘Asia’s Major’ with the long term aim of inspiring the next generation of talent in the region.  We are delighted to be able to extend sponsor invitations to such exciting Asian talent as Patty and Amanda and to be able to open up this opportunity for them both.  We were thrilled to see Patty recently become a Major winner and we wish all golfers the very best of luck for the tournament.” 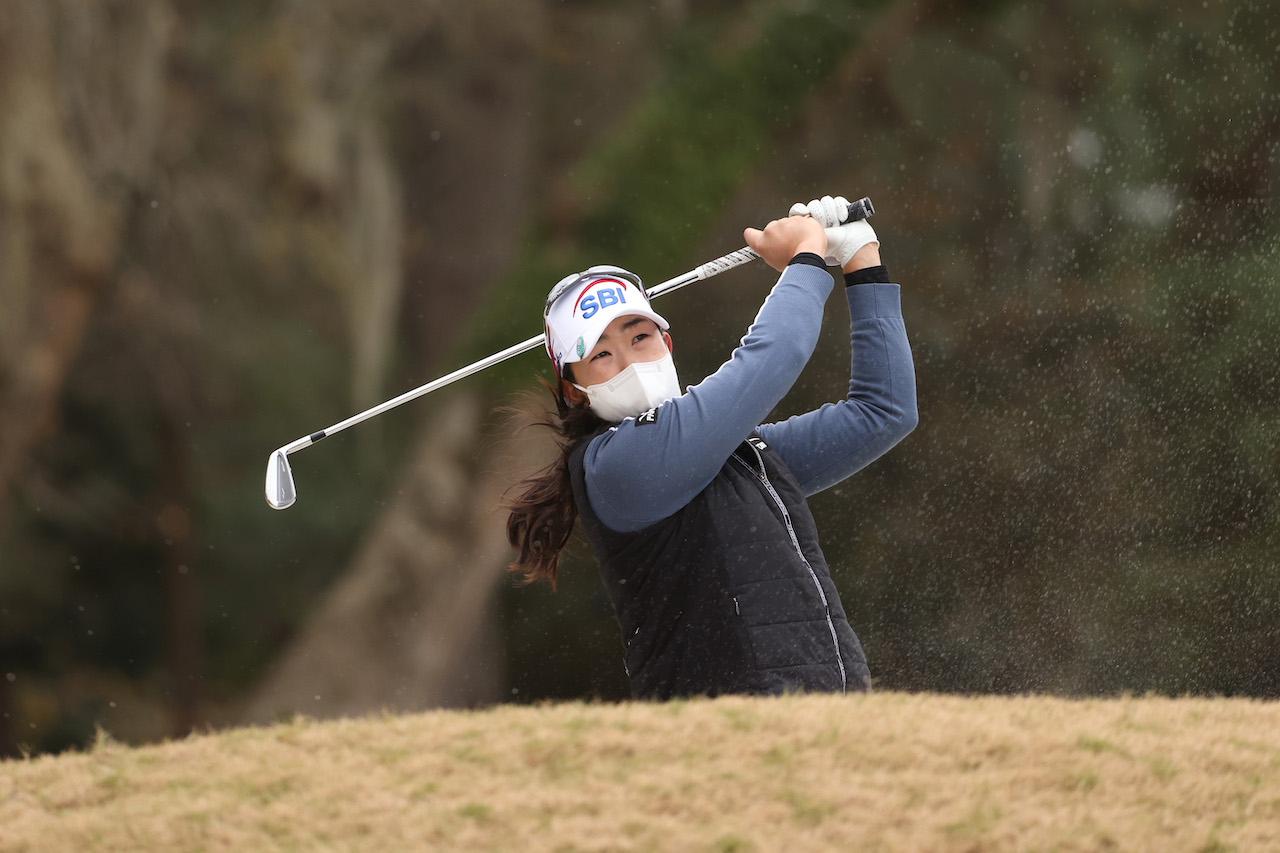 A Lim Kim of Korea plays a shot on the tenth hole during the continuation of the final round of the 75th U.S. Women’s Open Championship at Champions Golf Club Cypress Creek Course on December 14, 2020, in Houston, Texas. (Photo by Jamie Squire/Getty Images)

25-year old A Lim Kim shot to fame last year when she won the 2020 US Open and, in the process, became only the fifth player in history to win a major championship on debut. The win at Champions Golf Club, Houston earned her a place on the LPGA Tour together with a debut appearance at the HSBC Women’s World Championship.

The players join a stellar field of 69 players at Sentosa Golf Club, set to feature six of the world’s top-ten players, the current world number one, multiple major winners and three former champions.*