Asians at The Masters Tournament 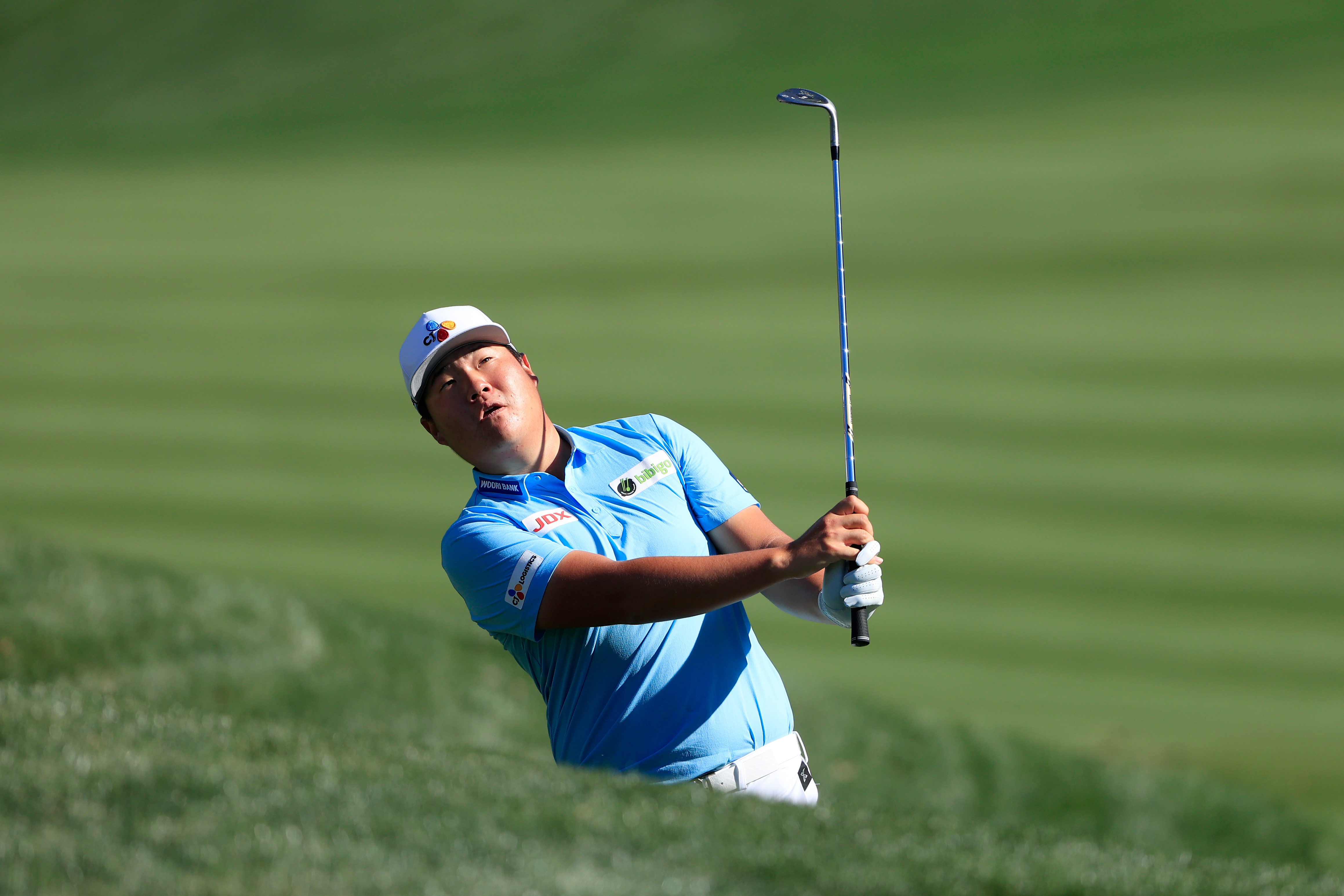 The Korean rising star rose to the occasion at Augusta National during his first visit and briefly threatened eventual winner Dustin Johnson in the final round before settling for tied second place alongside Australian Cameron Smith.

The ultra-talented Im, the highest-ranked Asian golfer on the PGA Tour’s FedExCup points list and Official World Golf Ranking at 19th position, got to within one stroke of Johnson before the powerful American shifted into fifth gear and raced to a five-shot victory.

“Last year at the 5th hole, I was just one behind Dustin which made me think at that point ‘I could really win today’. Unfortunately, I finished runner-up but this was an incredible result for me in a major. With that performance, I think I’m certainly competitive enough to win major tournaments in the near future,” said the 23-year-old, whose performance eclipsed countryman K.J. Choi’s third-place finish in the 2004 Masters as the best Asian result here.

Im enters the year’s first major in typically solid form. In nine stroke-play events to date in 2021, he has two top-10s, four top-25s and have not missed a single cut on Tour. He will no doubt ride on some good vibes from last year’s impressive showing, and with a little more experience behind his burgeoning golf career.

“The most memorable moment was that I could stay in the top-10, which really amazed me, and also playing with Dustin, who is the best player in the world. This is one event that I will remember the most and playing at Augusta National made me feel proud as I’ve always watched this tournament on TV when I was young,” said Im, who has one victory on the PGA Tour.

“I played very well last year, and I hope to play the same this week. I hope I can make another top-10 or get near the top this week. Augusta National’s greens are so fast and they have big slopes and I need to set my strategy right to be in the best positions. Course management will be important,” he said.

To him, the Masters Tournament and its traditions set it apart from the other major championships.

“The Masters is definitely the biggest among all four major events. I’m eager to compete for the Masters title and win the green jacket. It’s a dream for everyone. If we win it once, we get an exemption into the tournament for the rest of our lives. This makes winning extra special here,” said Im.

With fans returning to the Masters this week after being barred on-site last November due to the COVID-19 pandemic, Im is feeling a bit anxious ahead of his second appearance. “Players who played here with spectators have shared their experiences and some of them said they were quite nervous with spectators watching on the golf course (because of the added pressure). I think I would be slightly nervous to playing in front of crowds,” he said.

Im’s fellow countryman  Si Woo Kim cannot wait to hear the roars return at the Masters Tournament this week. And he hopes to be one of the reasons for the noise. 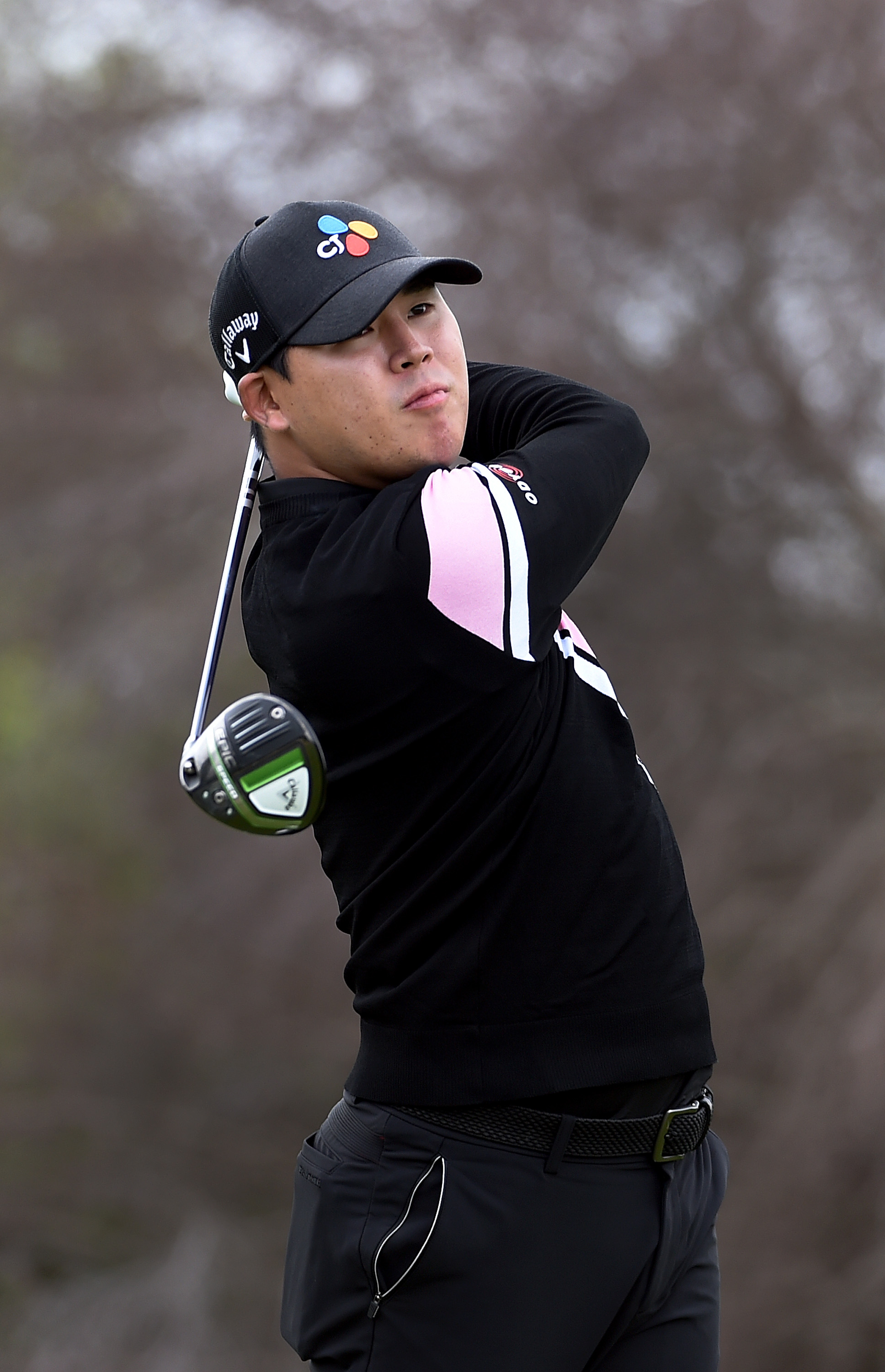 With a limited number of fans or patrons as they are better known at Augusta National Golf Club, allowed on-site to watch the year’s first major, Kim hopes to savour in the atmosphere and launch a title challenge for the Green Jacket awarded to the champion.

“We have played without fans over the last few months. When I hit good shots and made good putts, I couldn’t get motivated and get my energy up because I didn’t hear any loud cheering. But now, with some fans coming back, we get a lot more cheers. I think it gives me added motivation and energy. I think it’s really good for me. I hope many fans will come and watch good shots and have a good time with us,” said Kim.

The first time he stepped into Augusta National in 2017, Kim felt like he was in a dream.

“When I was young, I watched the Masters a lot on TV. I saw players hit great shots on a great course, and I know all the famous holes. When I came here at first, I thought the course condition was way better than I imagined. It was almost flawless, it was very impressive. I felt like I am in a dream,” he recalled.

His debut though proved to be short-lived as rounds of 75 and 81 saw him make an early exit. However, the rising star proved to be a quick learner as he soon mastered the intricacies and nuances of Augusta National, and in subsequent visits, he has finished T24, T21 and T34, results which have only reinforced his belief that he can compete for the Masters title.

“I think it’s very meaningful to participate in the Masters. The first time I played, I was so nervous that I didn’t play as how I wanted to, but after that, I had a little more experience and I think I could play well and this course fits me. Somehow, I have played better here than in the other majors,” said Kim, who currently ranks 23rd on the FedExCup points list.

“The Masters is a big competition and it’s an honour to participate in it. It is my dream to play with the best players on the best golf course. I never thought we would play the Masters twice in one season. When I played last November (the Masters was rescheduled last year due to COVID-19), I couldn’t qualify for the next one. I was a little worried but I’m really happy to be able to play again after winning at The American Express in January,” he said.

Still only 25, Kim is already a three-time PGA Tour winner, ranked only behind eight-time winner K.J. Choi as the Korean golfer with most wins on Tour. He earned his breakthrough at the 2016 Wyndham Championship and nine months later became the youngest winner of The Players Championship, the Tour’s flagship tournament. He ended a three-year winless drought in January, claiming an impressive win at The American Express.

As The Players Championship boasts the strongest field of any golf tournament, Kim has shown he has the bit in between his teeth to withstand the pressures of challenging for a first major victory. To date, Y.E. Yang remains as Asia’s lone major champion when he triumphed in the 2009 PGA Championship while the best Masters finish was achieved by Sungjae Im, who came in joint runner-up five months ago.

Kim hopes to get into the Masters mix comes Sunday afternoon. “Competing with good players is the reason why I play golf. There is pressure and excitement. It will be good to compete well with other talented players,” he said.

With close friend Im also enjoying success on the PGA Tour, Kim believes their friendship has become a motivating factor for him to push the limit in his own game. “Sungjae has been so good and hot for two to three years now. I’m very happy and proud of him. Looking at the Korean players on the leaderboard each time, I feel proud more than ever before, and it makes me want to work hard too. I think it’s an opportunity for Korean players to motivate each other,” said Kim.

“The first time we met was when I was 15 in a junior golf tournament. He was very calm and good at golf even though he was young. I was already impressed by Sungjae’s game at that time. Then he won at The Honda Classic (in 2020) and became one of the best players on TOUR now. Seeing that gives me lots of motivation and makes me want to work even harder.” 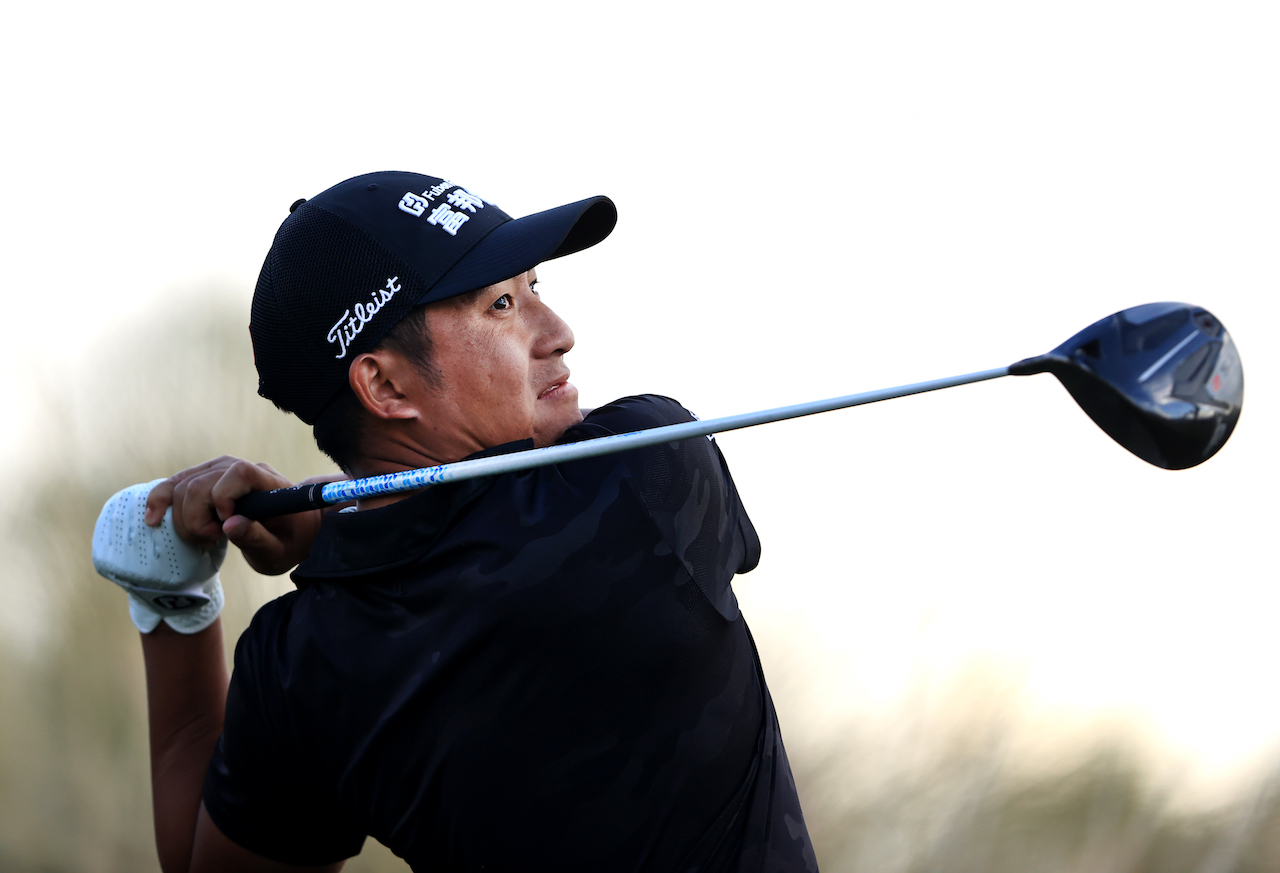 When he made his debut in November, the 29-year-old made sure he enjoyed the full Augusta National experience which included sampling all the famous sandwiches, marvelling at the magnificent sights around the venerable venue and most importantly, managing his own expectations.

The result was an impressive tied seventh finish – the best by a Chinese Taipei golfer in the tournament’s storied history – and Pan now plans to keep to the same drill in the year’s first major which starts on Thursday.

“Can’t wait to go back there for the food,” said Pan. “We had some wonderful fillet mignon steak for our dinner and I loved the pimento cheese sandwich and the egg sandwich. I think I tried all the sandwiches they had for us.

“Being a first-timer (in November), I did not have much expectation and that mindset helped as I was able to enjoy myself more on the golf course. I was sightseeing quite a bit, enjoyed the views, and enjoyed the memories of being at the Masters which I grew up watching with my late father and brother. It was an unbelievable experience being there on the first tee for the first time. It was really cool for me.”

Pan fired rounds of 70, 66, 74 and 68 for a 10-under 278 total which secured a quick return to the prestigious tournament which stands out through a lifetime exemption afforded to the winner, who also receives a green jacket. It also proved to be an emotional week for Pan, whose late father had been instrumental in his golf career.

A recent top-3 finish at The Honda Classic, his first top-10 since November, has also put Pan in a good frame of mind ahead of this week’s showpiece, which he grew up watching in the wee hours of the mornings back home in Taipei.

“It is an amazing week. As a kid, the first major I watched on TV was the Masters which always meant more than the other majors. I remember all the holes, especially on the back nine. Now that I’ve been here and had such a great performance and a top-10 finish, it means a lot. It is a good confidence boost,” he said.

“Getting back  … that’s the best reward as you play hard for four days and knowing I would be back in a few months, that was really special. As a kid, I dreamed of being there one day. I obviously wish my dad is still in this world to watch me. After I finished four rounds, my brother texted me as it was an emotional week for him too as we watched it growing up together. It was a special week for our family.”

The former world No. 1 amateur golfer won his lone PGA Tour title, the RBC Heritage, the week after Tiger Woods’ Masters victory in 2019 and then had to wait 19 months to reap the ultimate reward for his career breakthrough in the U.S. With COVID-19 disrupting the sporting world last year, he finally took his Masters bow last November and it was well worth the wait. “It’s such an iconic event on the PGA TOUR. The was a lot of news coverage back home. It was a big achievement, the best performance by a Chinese Taipei player. Things were going crazy back home,” recalled Pan.

“The thing I’m looking forward to is the golf course, which is so special although it plays really hard. I did pretty well with my putting and part of the reason was that I hired a local caddie (Derrick Redd) and will use him again. Last year’s T7 was a big encouragement. I’ve set my objective for a top-20 for this year. I know there will be pressure.”