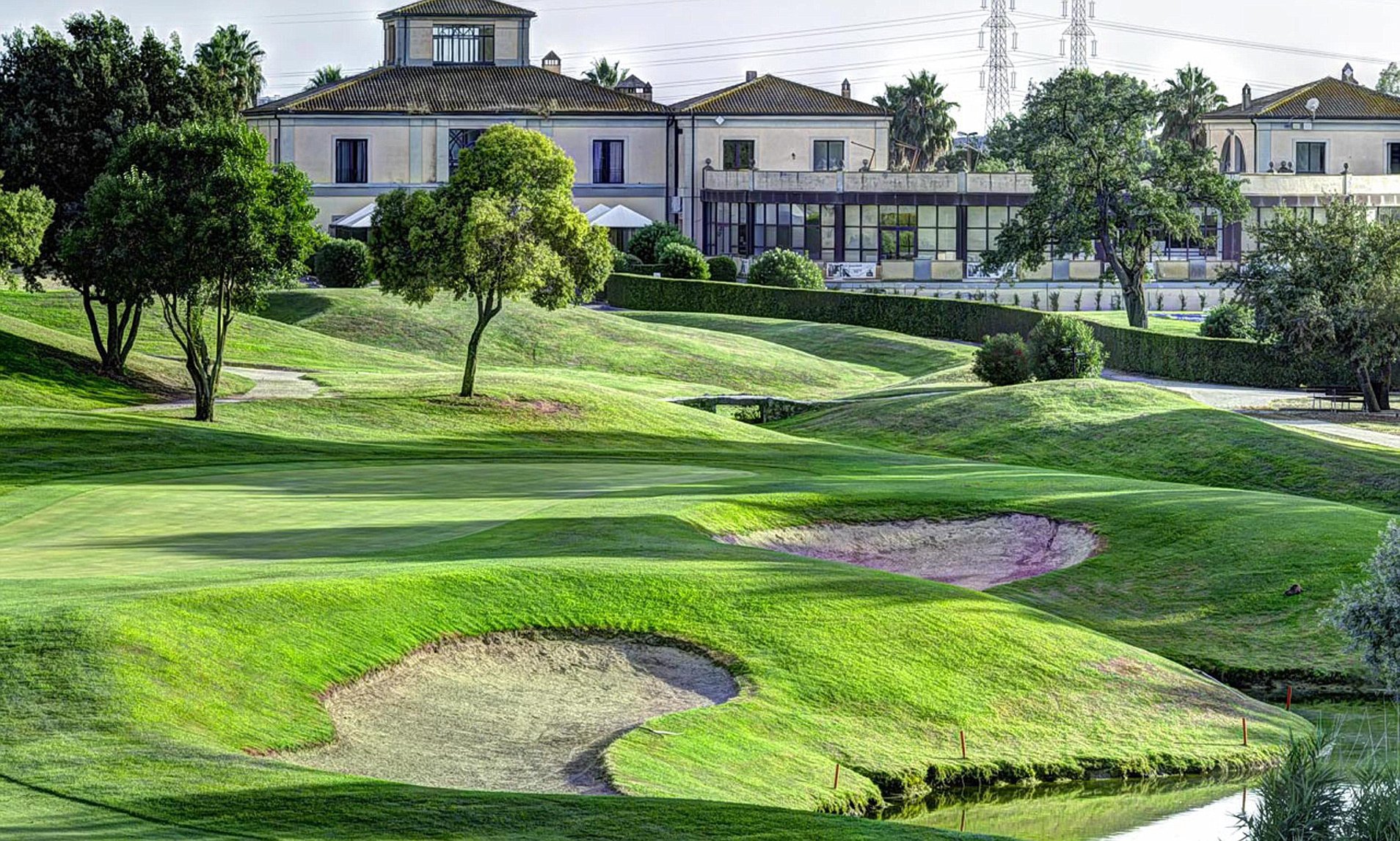 The Marco Simone Golf and Country Club, 17 km from the centre of Rome, Italy. The Italian capital city of Rome will host The Ryder Cup for the first time in 2023

The footage was filmed following the full reopening of all 18 holes, a culmination of over 18 months of renovation work focused solely on designing a golf course specifically with the drama of match play in mind.

Located on the outskirts of Rome, the layout was rerouted to provide numerous risk and reward opportunities for the world’s leading players and maximise the natural rolling countryside terrain.

It means spectators will have unrivalled vantage points of the on-course action as well as distant views of the famous Eternal City, including spectacular views of St Peter’s Basilica and of the Castle of Marco Simone, which together will provide the backdrop to golf’s greatest team contest.

Franco Chimenti, President of the Federazione Italiana Golf, said: “The assignment of the Ryder Cup to Italy is a source of pride for the entire national sports movement. The inimitable setting of Rome will enhance the event, making it unique. The project is what we have always imagined and, above all, what those who believed in this project imagined. The commitment of the FIG continues with the support of the institutions and our official advisor, Infront, in full cooperation with the board of the Ryder Cup Europe and Marco Simone Golf & Country Club.”

Guy Kinnings, European Ryder Cup Director, said: “After the completion of the golf course, all the building blocks are now there for what can make a fantastic Ryder Cup. You have a wonderful golf course in an iconic city, and we will have 24 of the best players on the planet playing there in 2023.”

Lavinia Biagiotti, President of Marco Simone Golf & Country Club, said: “Hosting the 2023 Ryder Cup for us is not only a dream come true but the beginning of a new journey. Our motto is ‘playing the future’, and we are committed to growing the next generation of golfers. We are now ready to host champions and amateurs from all around the world, and we believe that the Ryder Cup is important for Marco Simone and Italian golf at a global level.”

Gian Paolo Montali, General Director of the Ryder Cup 2023 Project, said: “The golf course hosted an Italian Open in 1994, but it is going to be nothing like before. The Ryder Cup will be something else. In the beginning, we thought about a light restyling of the course, but it was completely redesigned with eco-sustainability in mind, and the benefits of the work will also be enjoyed after the 2023 Ryder Cup.”

The redesign of Marco Simone Golf and Country Club, led by European Golf Design in cooperation with Tom Fazio II, began in August 2018, with the back nine completed and reopened in October 2020, followed by the full 18 holes at the start of March.

In addition to the extensive work to the golf course, the clubhouse and practice facilities are currently being refurbished ahead of the new-look venue hosting the Italian Open from September 2-5, three weeks before this year’s Ryder Cup at Whistling Straits.

The venue will then host two further editions of Italy’s national Open in 2022 and 2023 before becoming the third venue in continental Europe to host the Ryder Cup, following Valderrama in Spain (1997) and Le Golf National in France (2018).