Korea’s Im Ready for Successful Defence at the Honda Classic 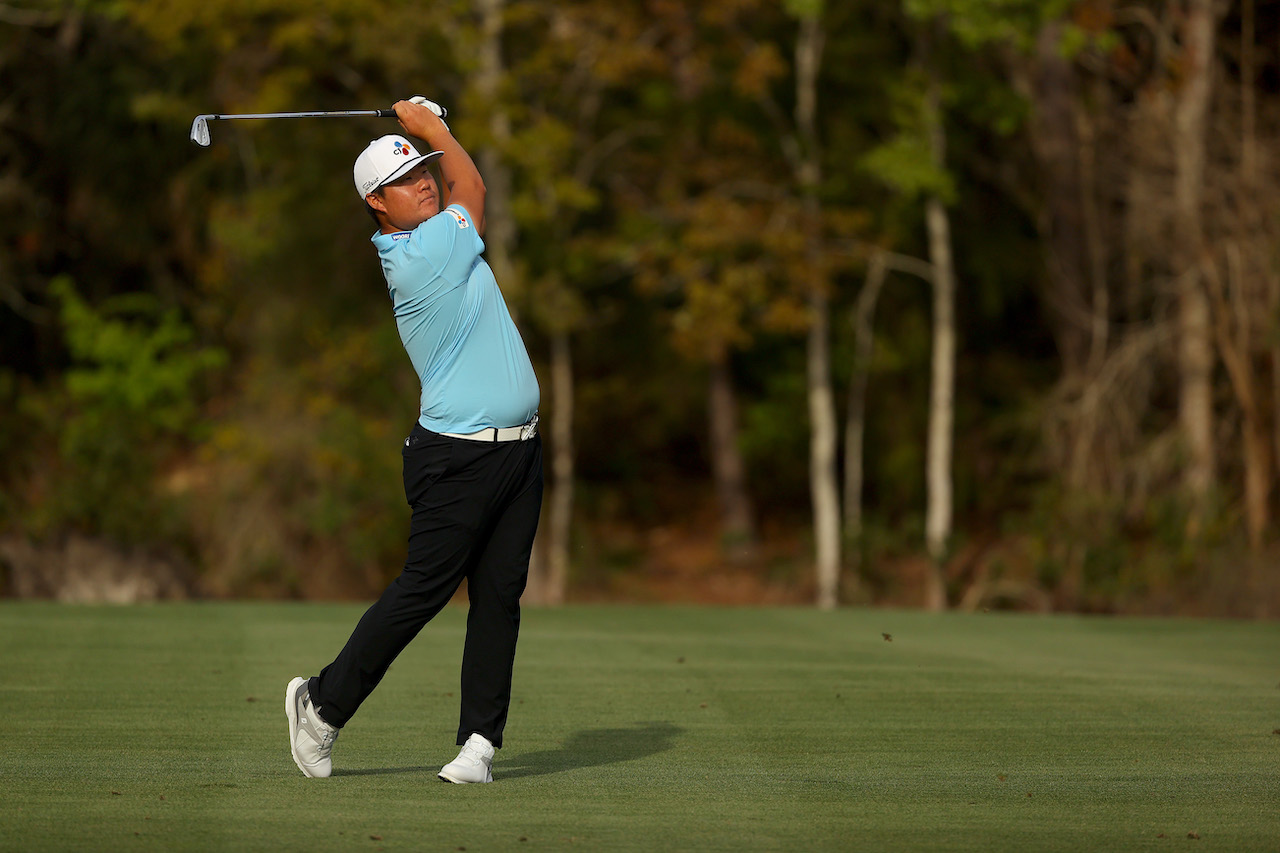 Sungjae Im of South Korea plays a shot on the 14th hole during the third round of The Players Championship on The Players Stadium Course at TPC Sawgrass on March 13, 2021, in Ponte Vedra Beach, Florida. (Photo by Kevin C. Cox/Getty Images)

Korea’s Sungjae Im enjoys the carnage that comes with the PGA Tour’s annual Florida Swing. Even with treacherous hazards and firm greens abound, the Korean star still manages to feel right at home.

As his PGA Tour colleagues struggled a week ago to contain the famed island green at The Players Championship, the 22-year-old from Jeju Island quietly went about his business. A total of 66 balls found the water at the marquee par-3 across four days at TPC Sawgrass, including a tournament-high 35 on Thursday. But Im largely controlled the hole, carding birdies on Thursday and Friday to go along with a par in Sunday’s final round. He found the water just once there, on Saturday, leading to a double bogey.

“I personally like the challenges on the PGA Tour, especially for the Florida Swing,” Im said Tuesday. “The greens are firm. There’s a lot of water. I know all the players will be struggling, including myself, but I try to have fun playing through the challenges. I tend to play well overall when the courses are more challenging.”

That includes this week at the Honda Classic at PGA National, one of the more difficult courses each season on Tour. A year ago, Im posted a 6-under total score to card his first career PGA Tour victory, a one-shot triumph over Mackenzie Hughes and Tommy Fleetwood. His 4-under 66 on Sunday helped him match the second-highest winning score since the event moved to PGA National in 2007.

“I absolutely agree with all the people saying this is one of the toughest courses,” he said. “It tends to get really windy here, and even without winds the greens are always firm, and off the tee box there’s so much water everywhere that it just gives a lot of pressure before you hit every shot.”

That includes the sinister three-hole stretch that begins with the par-3 15th, infamously dubbed “The Bear Trap” in honour of Jack Nicklaus. Ranked as one of the toughest stretches on Tour, the trio of holes has seen more than 1,500 balls find the water since 2007, and 78 per cent of the field since that time has hit at least one ball in the water.

As for Im, he played the critical stretch in 2-under in 2020, which proved to be the difference as he pulled away in time for his first Tour victory.

“One thing I remember from last year after winning the tournament is I went back to my hotel room and I just really couldn’t believe what just happened,” Im recalled. “So that memory in itself is the best memorable moment from last year. And as far as the coming into this week, again, I just want to stay consistent with my game and hopefully, I can play well and defend the title.”

The preparation won’t be much different this time around for the Korean wunderkind, despite the expectations that come with being a defending champion. Kim has been a steadying presence this year, making the cut in all but one event thus far. That consistency has led to eight top-25 finishes, including a tie for second at the November Masters Tournament and a tie for fifth at the Sentry Tournament of Champions.

Despite that strong start—he enters the week at No. 19 in the FedExCup standings—Im remains hungry for more.

“During the off-time and coming back for the resumption, to my standard I think I played mediocre,” Im said. “But my condition is slowly coming back up and I’m finding my game, and it’s great to be back here at The Honda Classic as a defending champion. I hope I play well this week.”

Im’s dissatisfaction largely stems from his recent inability to put together four consistent rounds of play. Last week, a third-round 77 kept him out of Sunday contention as Justin Thomas rolled toward the win. “I would say I’ve played really consistently overall, but I’ve had a few rounds here and there where I had some hiccups,” he said. “Following up with a good round is always tough, but I think for the rest of the season I want to stay composed and maybe play a little comfortably mentally so that I can finish strong every week.”

Looking back at the third round at The Players, Im said he played “overly aggressive” with himself, option too often to attack instead of staying composed and playing the smart shot. “So from that experience moving forward,” he said, “I want to just focus on my game every round, every shot, and try to stay composed, not be too aggressive when I don’t have to.”

What better place to do that than at the Honda Classic, where he’s already made so many wonderful memories?

“I want to defend my title,” Im said. “I want to play consistently all four rounds so I can finish strong. That’s my goal.”

Adam Scott, who was Im’s teammate in the 2019 Presidents Cup, is amongst the growing number of players impressed by the Korean’s rapid rise in the game. The Australian star recalled a practice session on a windy day at Royal Melbourne which led to Im earning one of his many nicknames of “Iron Byron”, likening his ball-striking skills to the legendary Byron Nelson.

“What I do recall was maybe it was Monday, but it was incredibly windy out there. I mean, so windy that I certainly didn’t even think about touching any of the holes because I didn’t want to destroy my confidence. Sungjae I think was the only guy who went out there to play, so we ended up walking out and watching him play a few holes, and that’s where this whole thing came along because even in a 25 miles an hour wind at Royal Melbourne he was just fairway, green, fairway, green, and it was, it was a bit like Iron Byron, like a machine,” said Scott.

“It’s (Im’s swing) incredibly repetitive. He has a very distinct rhythm of his swing, and I think like everyone, but certainly more for him, when he is feeling his rhythm, it’s incredibly repetitive, and it doesn’t matter the conditions. He knows he can just point and shoot and get the result. I know speaking to his caddie, it’s hard for his caddie to talk him into hitting it away from a pin ever because he’s just — he thinks he can just pin-seek it all day. He’s obviously got a lot of confidence, and we’ve seen that in his consistent play the last couple of years now.”