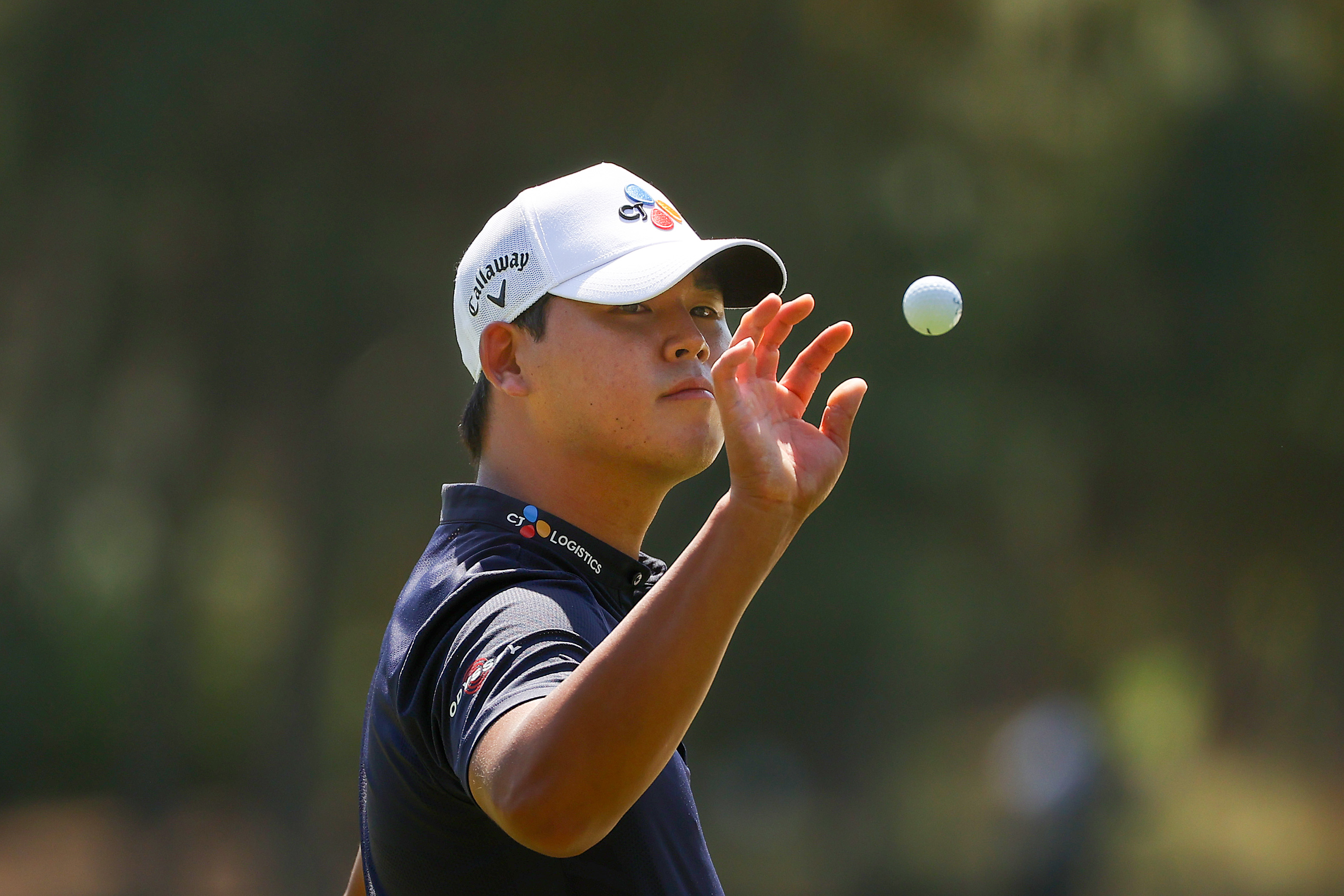 PONTE VEDRA BEACH, FLORIDA – MARCH 14: Si Woo Kim of South Korea catches his ball on the first green during the final round of The Players Championship on The Players Stadium Course at TPC Sawgrass on March 14, 2021, in Ponte Vedra Beach, Florida. (Photo by Kevin C. Cox/Getty Images)

Korea’s Si Woo Kim enjoyed a tied ninth finish at The Players Championship following a roller-coaster final round 1-under 71 while countryman Sungjae Im settled for a share of 17th place after a closing 66 which put him in a good mood ahead of his defence at The Honda Classic later this week.

American star Justin Thomas clinched a thrilling one-shot victory for his first Players title and 14th PGA Tour win at The Stadium Course at TPC Sawgrass after he held off veteran Englishman Lee Westwood, who finished solo second, and Bryson DeChambeau in tied third place with Brian Harman. Thomas fired a 68 for a winning score of 14-under 274, with overnight leader Westwood returning a 72.

Kim, the 2017 Players Champion, made five birdies against four bogeys to finish six shots back of Thomas and enjoyed his first top-10 since winning a third PGA Tour title at The American Express in January.

After a disappointing 77 in the third round which knocked him out of contention in the PGA Tour’s flagship tournament, Im produced his second 6-under round of the week with one eagle on 11, six birdies and a double bogey on 15. It put Im in a good frame of mind ahead of his defence at The Honda Classic, which he won for his first PGA Tour title last season. “Before I teed off today, I focused on getting my good feelings back, which I had in the second round. That helped me a lot on the golf course, as I created many chances for birdies,” said the 22-year-old.

“I was quite solid until the third round. But I think I was a little greedy (on Saturday), and I lost my control mentally and did not play my own game. Thankfully I recovered and had a good round and that makes me feel good.”

After making the turn in 33 with birdies on Hole Nos. 2, 3 and 7, Im nailed a gorgeous hybrid shot from 215 meters to about five feet for his eagle on par-5 11th hole. He sank three more birdies on his back nine, including one on the 18th hole.

“Golf is hard. You can make a good score today, and also you can mess it up the next day,” said Im. “Everybody wants to play well every day, but that’s not easy. Everything was not good yesterday, but today, everything worked including my driver, iron play and putting. That’s golf.”

He is looking forward to a return to PGA National in Palm Beach Gardens to defend the Honda title. “This will be my first time defending. I will prepare well and be ready for that. I will try to stay calm and focus on my own game,” he said.