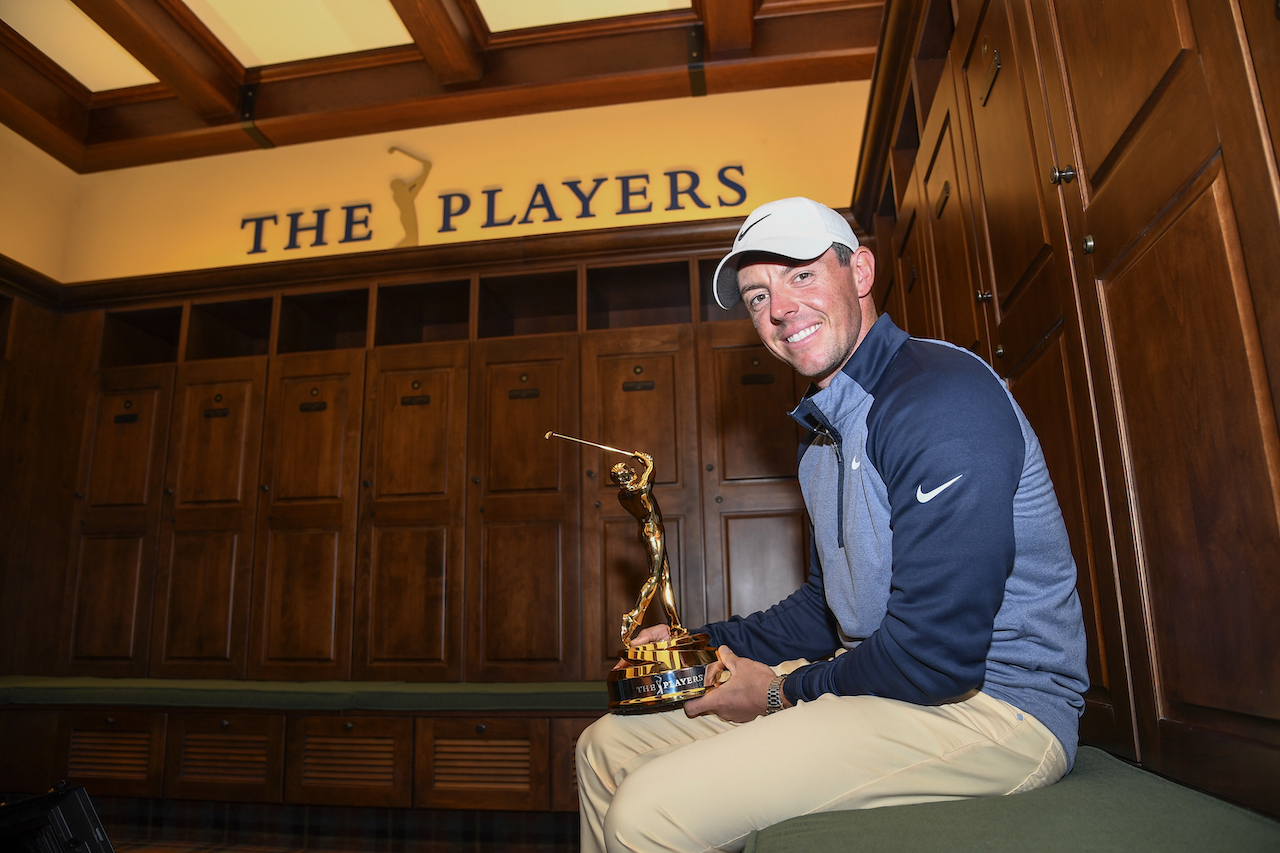 It was St. Patrick’s Day, 2019. The daylight at The Stadium Course at TPC Sawgrass fittingly would end with a Northern Irishman in celebration. Rory McIlroy, still in his 20s – he was seven weeks away from turning 30 – had outlasted the strongest field in golf to win The PLAYERS Championship, the signature event on the PGA Tour.

It wasn’t by choice that his wait has been so long. A year ago at the Stadium Course, McIlroy shot an even-par 72 in the first round. Not the score he was hoping to produce to begin his expected title defence, so he left the course that afternoon looking forward to a rebound round the next morning.

With an early tee time, he went to bed before the breaking news came down that Thursday night – The PLAYERS Championship was being cancelled due to the COVID-19 outbreak, a pandemic that would eventually shut down competitive golf for the ensuing three months.

McIlroy awoke that Friday morning, jumped in the shower – he didn’t even look at his phone – got dressed in his scripted outfit for the day and was about to walk out the door. That’s when he finally decided to check his text messages – and saw the one sent to all players by the PGA Tour.

“I was like, ‘Oh, guess we’re not playing today,’” McIlroy recalled. “I probably found out a little later than most.”

He changed back into casual clothes, went to TPC Sawgrass to pick up his belongings, then made the four-hour drive to his home in Jupiter, Florida. Everything was about to change.

So now it’s a year later. Vaccines are being distributed. Hope is in the air. And McIlroy is still the reigning champion of The PLAYERS Championship. It’s a unique situation, but on the flip side, there is a certain comfort in the normalcy of being back at TPC Sawgrass and wanting desperately to defend his title.

The pressure is there, as it is with all title defenders. The Stadium Course still does not play favourites. McIlroy knows he must be in top form if he wants to become just the sixth two-time winner of The PLAYERS, a feat last accomplished by Tiger Woods. Doesn’t matter if it’s 12 months or 24 months later – McIlroy hopes to make a good accounting of himself. 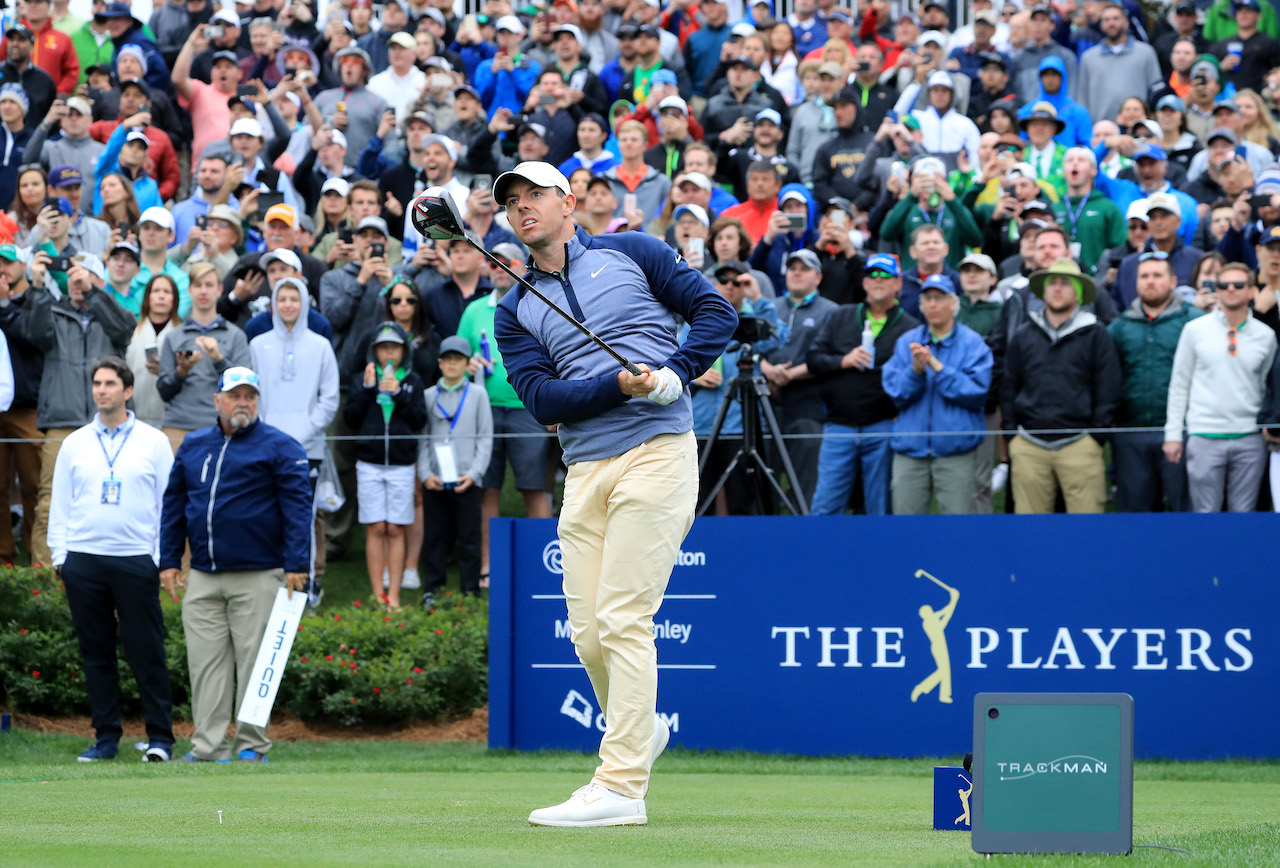 Rory McIlroy of Northern Ireland plays his tee shot on the par 4, 18th hole during the final round of The Players Championship on the Stadium Course at TPC Sawgrass on March 17, 2019, in Ponte Vedra Beach, Florida. (Photo by David Cannon/Getty Images)

Of course, the 12 months immediately following his PLAYERS Championship victory were more productive than these first 12 months of COVID.

Following his win at TPC Sawgrass, McIlroy won three more times in his next 18 worldwide starts, including the 2019 FedExCup title during the Tour Championship at East Lake. His final win of the year was the World Golf Championships-HSBC Champions event in Shanghai, China. After that, he reeled off top-5 finishes in his ensuing six starts, moving him to world No. 1 going into The PLAYERS in 2020. He was the hottest player in the world, and its most consistent.

Then the pandemic. Three months of non-competition. When the players came back … everything was different. No fans on-site, adhering to local restrictions and common sense. Protocols for testing and other safety measures. The new normal.

And when McIlroy came back? Well, everything was definitely different for him too. All his momentum had been lost. In his first eight starts after the Tour resumed play, McIlroy’s best finish was a tie for 11th at the Travelers Championship. It wasn’t until his last start of the calendar year — the Masters Tournament that had been rescheduled to November — did he manage his first top-five finish in the restart.

In his first five starts of 2021, he has a couple of top-10s, a couple of top-20s and a missed cut. The McIlroy of 2019 has yet to return, though. It’s been 24 starts since his last win. Inside the ropes, he’s standing over the ball 5 to 10 seconds longer than usual. A sign of indecisiveness that’s not good for any golfer, especially when competing against the world’s best players.

“There’s quite a lot going through my head,” McIlroy said. “You can’t play golf like that. It doesn’t need to be perfect – and I realize that – but you just want your bad shots, your bad swings, to not be destructive.

“Over the past few weeks, those bad swings have just been a little too destructive and put me in some bad positions. So I need to play with more freedom and I need to be able to swing away.”

He’s been working hard on the range, hoping to solve the “spinny cuts” that have infiltrated his swing. Unlike past issues when his swing has become too shallow, this time his swing is too steep. “A very different pattern than what I’m used to,” he said.

Thus, he can’t lean on old solutions but must find new ones – all the while making sure not to neglect the other parts of his game. And with a schedule jam-packed with must-starts, there’s little down-time to string together practice days with long-time coach Michael Bannon.

“I’d love to just go and immerse myself in it for like 2 or 3 weeks and get it done,” McIlroy said, “but with the schedule, it just isn’t going to work like that. It’s just going to be a process over the next few months to tease it back into the place I want it to get to.”

No worries. After two years of waiting and waiting, McIlroy finally arrives as reigning champ at TPC Sawgrass, where McIlroy has become quite used to matters involving patience.