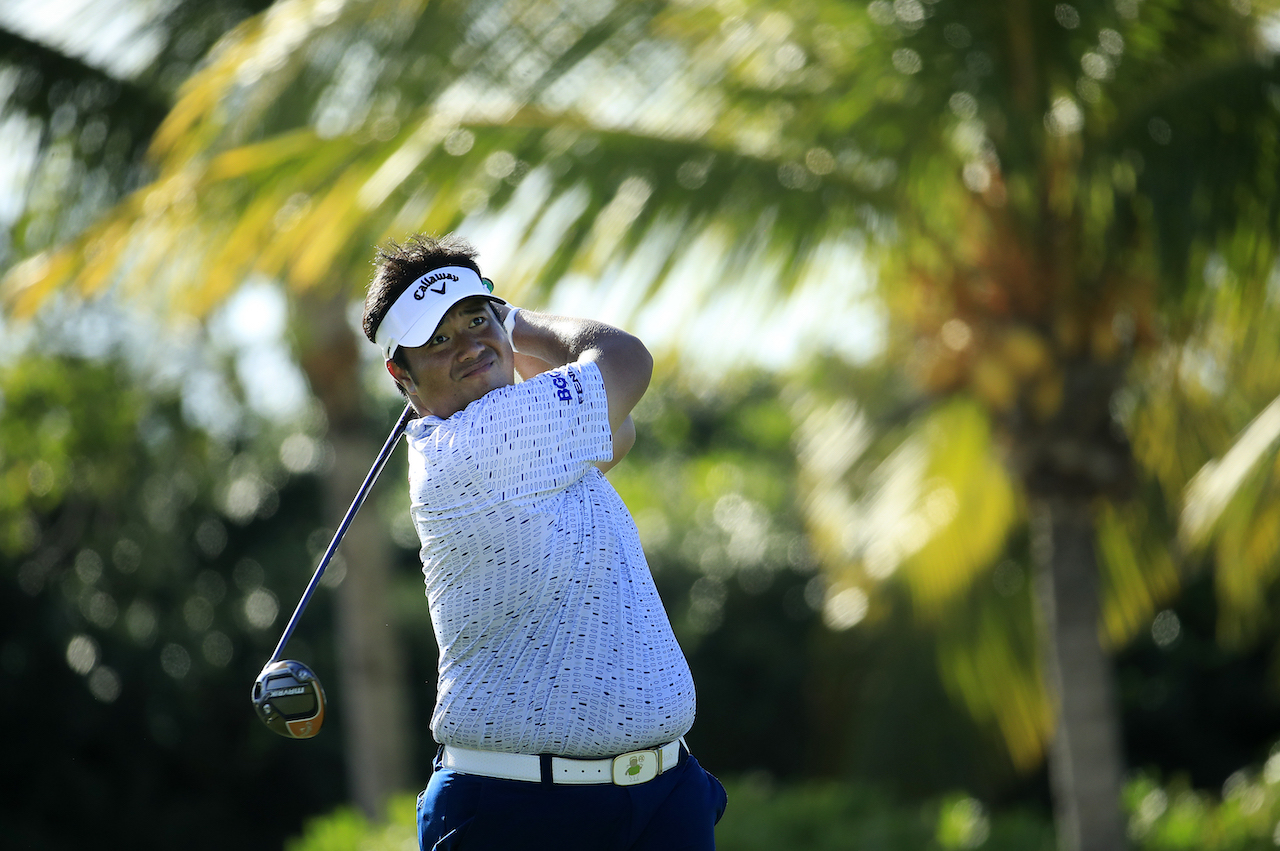 Once ranked inside the world’s top-30, Kiradech Aphibarnrat hopes to haul himself out of the doldrums as he makes his first PGA Tour start of 2021 at the AT&T Pebble Beach Pro-Am, which begins Thursday.

The grip it-and-rip it Thai star has endured such difficult past 12 months, following the loss of form and the aftereffects of contracting COVID-19, that his main goal for the year is to play as much tournament golf as he can to reignite his game.

Kiradech featured on the European Tour’s Middle East swing recently, where he missed one cut and finished T60 and T41 in two other starts. He hopes competing in his fourth straight week will provide the foundation to build some momentum ahead of a return Stateside.

“I don’t want to make any goals as I want to get back to playing regularly again. I want to find the confidence and form and make sure I’m swinging the golf club good enough,” said the 31-year-old Kiradech, a former Asian No. 1 and four-time European Tour winner.

Between 2015 and 2018, Kiradech was at his peak, winning six times around the world in countries such as Scotland, China and Australia, and rising as high as 29th in the Official World Golf Ranking and earning his PGA Tour card. He was prolific in playing around 30 tournaments annually, something he failed to do in 2020 due to COVID-19, as he made only 14 starts worldwide, of which eight were missed cuts. Seven of those came on the PGA Tour across just 10 starts.

A tie for 11th place at the Bermuda Championship last November proved to be a false dawn as he Kiradech tested positive for the coronavirus the following week and was subsequently forced to shut down again. “It has been difficult, a difficult time and year but I know I can get through this,” said Kiradech, who is currently ranked 287th in the world – his lowest in a decade.

“It’s getting better, but I can’t say I’m 100 per cent. Still a long way to full fitness. This is the first time in my career that I’ve been in this situation. I haven’t played much golf over the last few months, and in the past year, I played less golf. Last year was tough. I just want to go out to play and enjoy my golf again.”

His results in the Middle East were modest by his high standards. However, the burly Thai enjoyed the opportunity to spend time with his swing coaches, Pete Cowen and Mike Walker, whom in the past have provided the confidence boost whenever he was seeking some form.

“I believe in my coaches. When I played well, I was using them, and I believe in them. I’ve got a good team, and I don’t have to do anything different. It’s just me, and I need to get my body right. When I see them, they always help with my golf swing. Pete and Mike, they all push me and trust that I will play well again. Every player has a hard time playing this game, and I’m one of them now. It’s the first time in my career I have to work through this difficult time. It’s not easy for sure.”

With only five starts under his belt in the ongoing PGA Tour 2020-21 season, Kiradech finds himself behind the eight ball and knows he needs to make the most of his opportunities, starting with this week at Pebble Beach.

“I’m not fully exempt like last year following the re-rank and my status is lower now. When we restarted (last June), I couldn’t get back to playing due to travel restrictions. I know I need to play decent so my ranking can go up. It’s going to be more difficult, and I don’t want to pressure myself. The goal is to play great golf, but if it’s not my year, then it’s not my year,” said Kiradech, who currently lies in 158th position on the FedExCup points list.

“However, I don’t think I’m so far off my best. It’s just the timing, and the situation right now is difficult. My mental coach (Lee Campbell) keeps telling me to continue to keep working hard and trust that I will come back.”