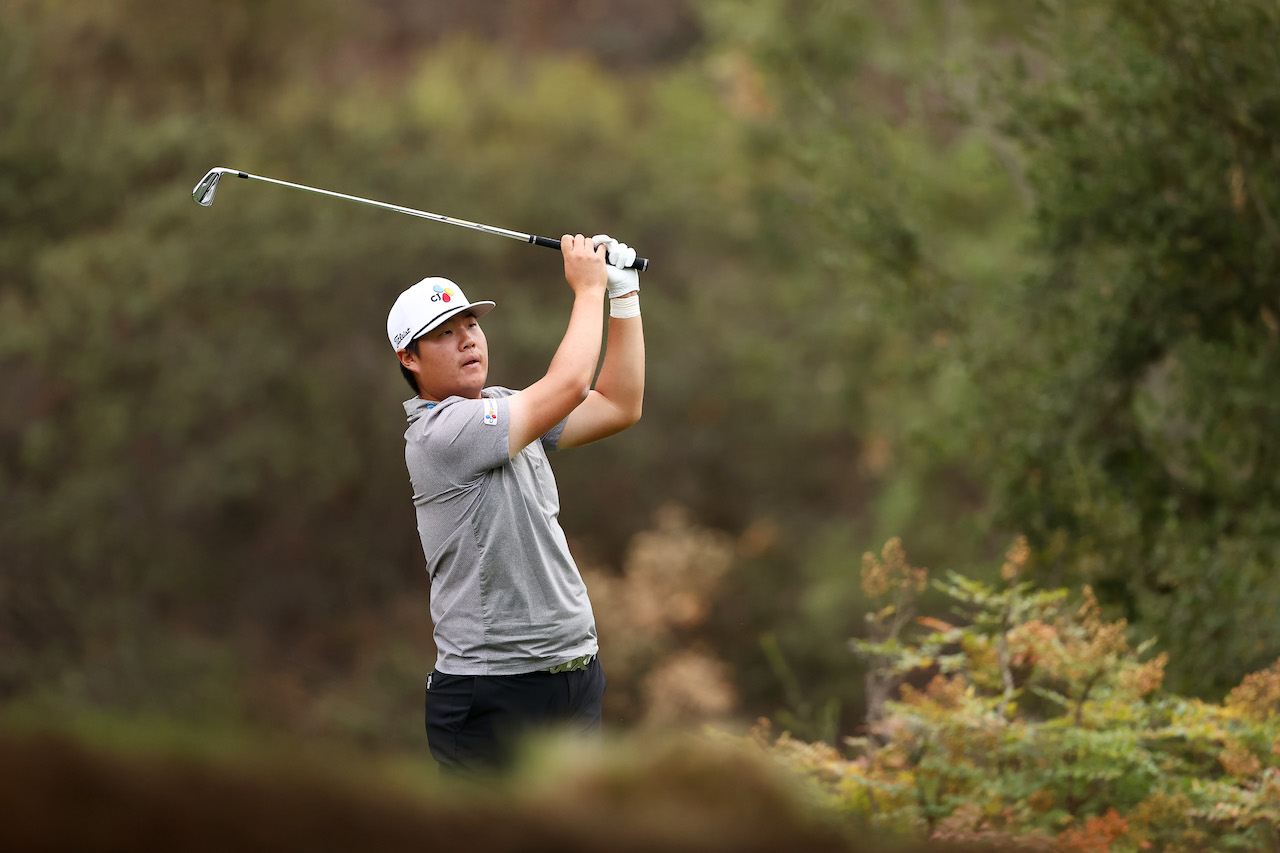 Debutant Sungjae Im knows exactly what he would serve at the Champions Dinner should he, in the near future, produces a Masters Tournament victory.

“Marinated ribs,” said Im, a self-confessed foodie. “I feel like players of all nationality would love that, and I would, of course, cook them in the Korean style.”

The 22-year-old wunderkind from Korea makes his Masters debut this week at Augusta National, qualifying for the storied event by virtue of his win at The Honda Classic in March. Since becoming the Korn Ferry Tour Player of the Year in 2018, Im’s career has blossomed to the point that golf commentators across the globe believe he is very much capable of winning a major championship.

Like many others, he dreamed of playing at The Masters since he was a boy after his mother put a plastic golf club in his hands at age three. And while he may not be familiar with some of the club’s more notable traditions, including the sought-after pimento cheese sandwich, the Korean knows just enough details that will push him forward in his burgeoning career.

“I actually only know about the Green Jacket,” he said about the coveted prize, which is presented to the champion every year.

“I’m also excited to experience everything the tournament has to offer. I’m not familiar with the pimento cheese sandwich, but I love all types of food, so I’m willing to give it a try. I watched this a lot as a kid. I’ve always dreamed of playing The Masters, and it’s hard to believe I’ll be competing here. It feels really good to turn my lifelong dream into reality. It’s pretty cool, and I’m really looking forward to it.”

Im is in the midst of a lean spell on Tour, with a best result of T13 to show through his last six starts. In his last two major championship appearances, he has finished tied 22nd at the U.S. Open in September after missing the cut at the PGA Championship in August. He tied for 50th in the last week’s final tune-up for The Masters at the Vivint Houston Open.

With Asia seeking a long-awaited second major winner following Y.E. Yang’s triumph at the 2009 PGA Championship and first at the Masters, Im is fully aware of the pressure to consistently perform at the game’s highest level. “Since this is a major, I would like to first make the cut. After that, I would be happy with a top-15 or top-20 finish,” said the world’s 25th-ranked player.

“I hope to quickly adjust to the course and perform well,” he continued. “I’ve heard from other players the winds tend to swirl, so I expect it to change directions constantly. I also know the undulation on the greens will be severe and I’ll have to take all of those into consideration.”

Justin Thomas, the 2017 FedExCup champion, has played enough golf with Im in recent times to know the Korean rising star is the real deal.

“I think impressive is an understatement. He’s way beyond his years for how young he is and how well he’s handled his situation,” he said. “The shots that he hits, to have that much variety in your game and be able to hit it high, really high with spin and hit it low and flight it and hold it up against the winds, both left to right and right to left, is very impressive.”

Im will need to once again master those shots this week if he is to have a chance. Augusta National has not seen a debutant don the Green Jacket since Fuzzy Zoeller won the Masters in his first visit in 1979, some 18 years before Im was born. Still, he is looking forward to testing his creativity at Augusta National and remembers well the famous chip-in birdie by Tiger Woods on the 16th hole en route to winning the tournament in 2005.

“That curving chip shot from the back of the green really stands out for me. I think I was about eight or nine years old when I saw that,” said Im, whose career rise includes a memorable Presidents Cup debut last December, where he contributed 3.5 points for the International Team.

“I’m incredibly proud to compete as a Korean player. Since this is my Masters debut, I do feel the pressure of competing in a major, but I hope to overcome that and play my own game. I hope to end with a good result.”

In Masters history, Korea’s K.J. Choi has come closest to winning the tournament following his third-place finish in 2004.