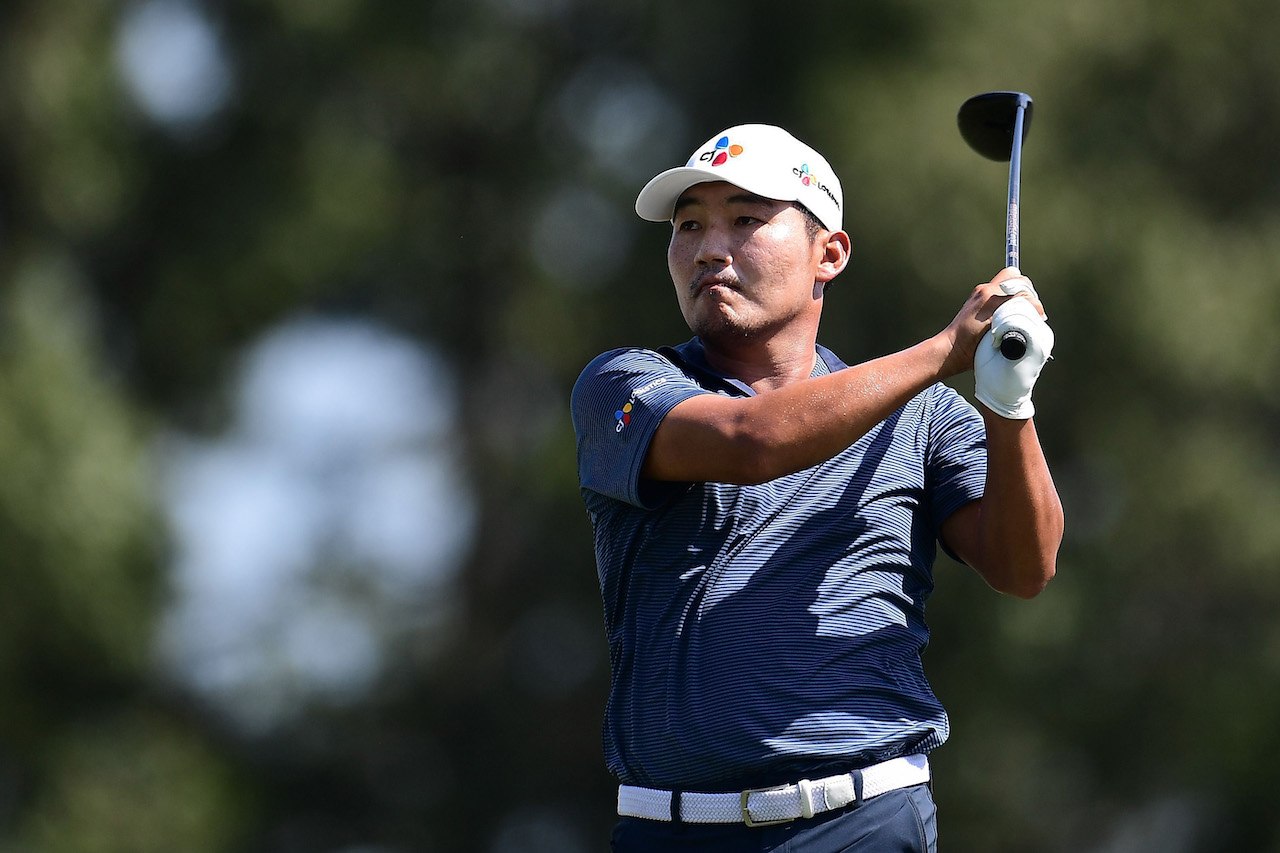 Sung Kang of South Korea hits his tee shot on the ninth hole during the first round of the World Golf Championship-FedEx St. Jude Invitational at TPC Southwind on July 30, 2020, in Memphis, Tennessee. (Photo by Stacy Revere/Getty Images)

Korea’s Sung Kang regained his mojo with the driver as he fired a 5-under 65 for fourth place in the first round of the World Golf Championships-FedEx St. Jude Invitational on Thursday.

It was a welcome return to form for the 33-year-old as he overcame an early bogey with six birdies at TPC Southwind to lie three back of Brooks Koepka, who opened his title defence with a sparkling 62.

Countryman Sungjae Im, ranked third on the FedExCup points list, shot a 67 courtesy of three inward birdies to share ninth place while Byeong Hun An, Hideki Matsuyama of Japan and China’s Haotong Li were a further stroke back with 68s to ensure a strong Asian presence in Memphis.

Kang was delighted with his form, having missed three cuts from five starts since the Return to Golf last month which he attributed to a wayward driver. His best finish during the stretch was a tie for 46th place at the Travelers Championship where he also opened with a 65.

“I’ve been struggling off the tee probably the last four, five weeks and I figured something out last week. That was the big key today. And then my iron play was really good and I made some good putts and had a good round. Condition was pretty tough,” said Kang, who is a one-time winner on the PGA Tour.

Kang said he tinkered with his driver during golf’s shutdown due to Covid-19 which backfired. “Strongest part of my game was the driver before the pandemic and after that, I tried a couple of things and I was actually driving it really bad. I couldn’t put it in position where I could go for the flags from the fairways,” said Kang, who has two top-10s this season and currently ranks 53rdon the FedExCup standings.

“I think it’s all about the timing. I do a lot of like freeze, stop and hit it to get the right timing and changing directions, so I change direction a little bit from what I used to do. Try to make it as simple as possible.”

Im, 22, exchanged two birdies against as many bogeys on his outward nine before sinking three birdies on Hole Nos. 4, 6 and 9 to end the day inside the top-10. Like Kang, Im is also seeking his best form since finishing tied 10th in the Charles Schwab Challenge in the first tournament which marked the Return to Golf.

Beginning his day from the 10th tee, China’s Li holed a monster 40-foot birdie putt the 14th hole for the first of four birdies against two bogeys in his round of 68. He is looking to improve on last year’s tied 20th finish in the WGC-FedEx St. Jude Invitational, which raises charitable funds for the St. Jude Children’s Research Hospital.