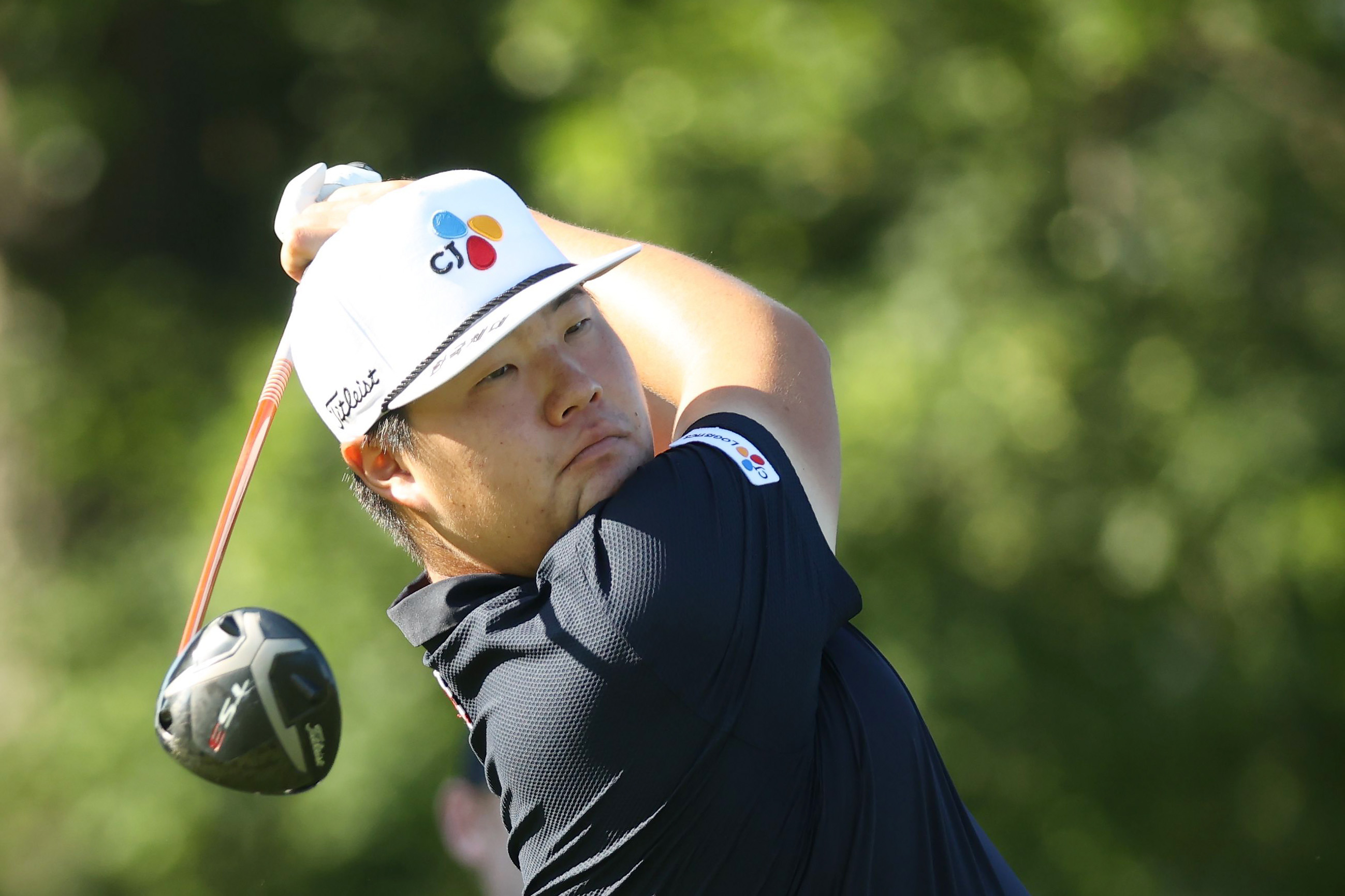 Sungjae Im of South Korea plays his shot from the 14th tee during the first round of the Rocket Mortgage Classic on July 02, 2020, at the Detroit Golf Club in Detroit, Michigan. (Photo by Gregory Shamus/Getty Images)

Korea’s rising star Sungjae Im will be gunning for a strong debut in the World Golf Championships-FedEx St. Jude Invitational starting on Thursday to reignite his form in time for next month’s lucrative FedExCup Playoffs.

The 23-year-old standout was amongst the hottest golfers on the planet prior to the temporary suspension of the PGA Tour in March due to the Covid-19 pandemic but since the Return to Golf last month, Im’s rock-solid game has been off the mark.

Aside from a tie for 10th finish at the Charles Schwab Challenge last month, the Korean, who won The Honda Classic and finished third in the Arnold Palmer Invitational presented by Mastercard in March, has missed two cuts and finished at the wrong end of leaderboards in three other starts.

He has lost his top spot on the FedExCup standings and enters this week’s US$10.5 million showpiece at TPC Southwind in Memphis, Tennessee in third place behind leader Justin Thomas and second-ranked Webb Simpson.

Im’s lull in form somewhat mirrors a lean spell being experienced by Asia’s brightest stars on the PGA Tour. In seven tournaments since the restart, there have been surprisingly only one other notable finish by China’s Xinjun Zhang, who came in equal 10th at the Memorial Tournament presented by Nationwide two weeks ago.

And with three weeks remaining before the FedExCup Playoffs kick off with The Northern Trust, BMW Championship and culminating with the Tour Championship, Im and company are hoping to turn their golf fortunes around.

Before the season resumed, Im was determined to challenge and become Asia’s first winner of the FedExCup, which comes with a cool US$15 million top prize. “I would, of course, like to win the FedExCup but there are so many strong competitors on the PGA Tour. If I were to win, I don’t think I could even put into words what it would mean to me.”

Countryman Byeong Hun An and Sung Kang will also line-up at TPC Southwind as they seek to rediscover their best form. An, who featured in the Presidents Cup alongside Im last December, has not hit full stride, with a tie for 46thbeing his best finish in five starts that include three missed cuts. The former U.S. Amateur champion started working with putting guru Brad Faxon a couple of months ago to help improve his conversion rate with the flat stick.

Like many others, An is eyeing a first appearance in the Playoffs finale, the Tour Championship, which is limited to the top-30 players on the FedExCup points list following the BMW Championship.

“I want to get into the Tour Championship. The benefits that come with getting into Tour Championship is great, so that’s the goal,” said An, who is currently ranked 36th on the FedExCup standings.

With no halfway cut at the WGC-FedEx St. Jude Invitational, Chinese Taipei’s C.T. Pan is counting on a strong showing to improve his current 176th position. The Presidents Cup International Team member has a best finish of tied 44th at the Memorial Tournament in six starts since competition resumed. He finished joint 48th in Memphis last year.

Thailand’s Jazz Janewattananond, who has based himself in Orlando since March, is looking forward to a debut appearance in Memphis. Despite missing the cut in his last four starts on the PGA Tour, the 24-year-old is keeping his head up.

“You’re playing against the best in the world and you put yourself there. It’s good gauging yourself and knowing how much more to improve and how far I’m away from them,” said Jazz, the reigning Asian Tour No. 1.

“I know I’m not there yet. People say Jazz ‘you’re so good, you’re No. 1 on the Asian Tour’ but to compete week in, week out with the best in the world, you need to step up in every part of your game. You can’t make stupid mistakes.”

China’s Haotong Li will be looking to improve on his tied 20th finish at last year’s WGC-FedEx St. Jude Invitational. He missed the cut at the Memorial Tournament two weeks ago in his first tournament back since March.

To date, Japan’s Hideki Matsuyama is the only Asian golfer who has won two World Golf Championships tournaments, including the WGC-FedEx St. Jude Invitational when it was played at Firestone Country Club in Akron, Ohio in 2017. He is also in this week’s field, with a tie for 21st being his best finish to date since last month’s Return to Golf.