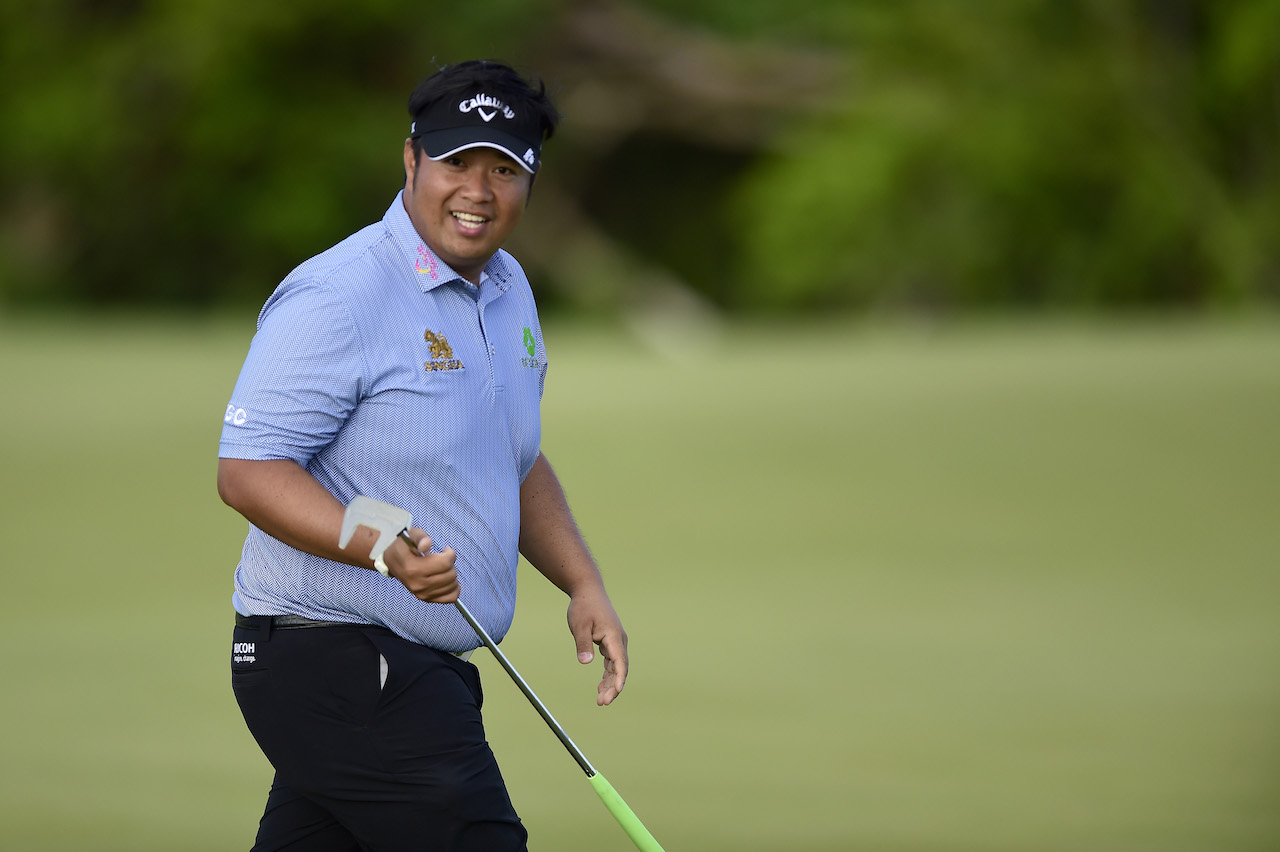 Kiradech Aphibarnrat of Thailand reacts following a putt on the 12th green during the first round of the Puerto Rico Open at Coco Beach Golf and Country Club on February 20, 2020, in Rio Grande, Puerto Rico. (Photo by Jared C. Tilton/Getty Images)

Thailand’s Kiradech Aphibarnrat has decided to channel his energy and focus toward the new 2020-21 PGA Tour Season starting in September.

The Asian golf star, who turned 31 on Thursday, opted to skip the Tour’s return to golf last month after flying home to Bangkok in mid-April following the initial suspension of the Tour due to COVID-19.

While he has missed competition, the enforced break has proven to be a blessing in disguise as it has allowed him to rest and recuperate from a lingering knee injury sustained over a year ago.

Kiradech said he is now planning to return to his U.S. base in Orlando, Florida, sometime next month to prepare for the new season, which is tentatively set to begin September 10 at the Safeway Open in Napa, California. The U.S. Open is scheduled for the following week at Winged Foot Golf Club.

“If everything falls into plan, I will go back to Orlando in a few weeks’ time,” said Kiradech, the first Thai to hold a full PGA Tour card. “It should give me time to prepare for the new season which will be my main focus. I will need to get ready as I want to come back stronger and regain my form. I plan to play in everything that I can get into from September onwards. I really miss the game and I want to go back to work.”

The burly Kiradech, who is often referred to as ‘Asia’s John Daly,’ has played in only six tournaments in the current 2019-20 season, with a best finish of T8 at The CJ Cup @ Nine Bridges in Korea last October. He finished tied for 27th at the Puerto Rico Open in February and missed four other cuts. He currently sits at No. 182 on the FedExCup points list.

With the PGA Tour extending playing exemptions through the 2020-21 season due to an abbreviated year, Kiradech felt his decision to start afresh in the new season was the best option.

“I’ve not played much golf at home but I’ve stayed fit and healthy. It has been good spending time with my family. I haven’t spent too much time on golf and I hope this (health) situation will pass quickly,” said Kiradech, a former Asian Tour No. 1 and four-time European Tour winner.

With the Tour playing its seventh tournament in the return to golf this week at the 3M Open at TPC Twin Cities, Kiradech said he has refrained from watching the action on TV.

“I have missed golf but I’ve not watched any of it or searched for golf news. I just wanted to get away from watching as I would miss it even more knowing I’m not there playing,” said Kiradech, whose world ranking has dipped to No. 168.

“I normally play 30-plus weeks a year, so to skip tournaments is a tough thing to do.”

Having turned 31 this week, Kiradech spent his special day with family visiting a temple in Ubon Ratchathani, east of Bangkok. In 2014, he spent a week in a Siamese temple where he learnt the ways of a monk, which included shaving his head and eyebrow, waking up at 4.30 a.m., meditating and walking bare feet for kilometres to gather food for village folks.

“It’s a Thai culture, something that we do on our birthdays whenever we can to seek blessings from the monks,” he said. “I pray that I’ll come back strong. I believe I can win on the PGA Tour when I get back out there and I also want to move back into the world’s top-50.”