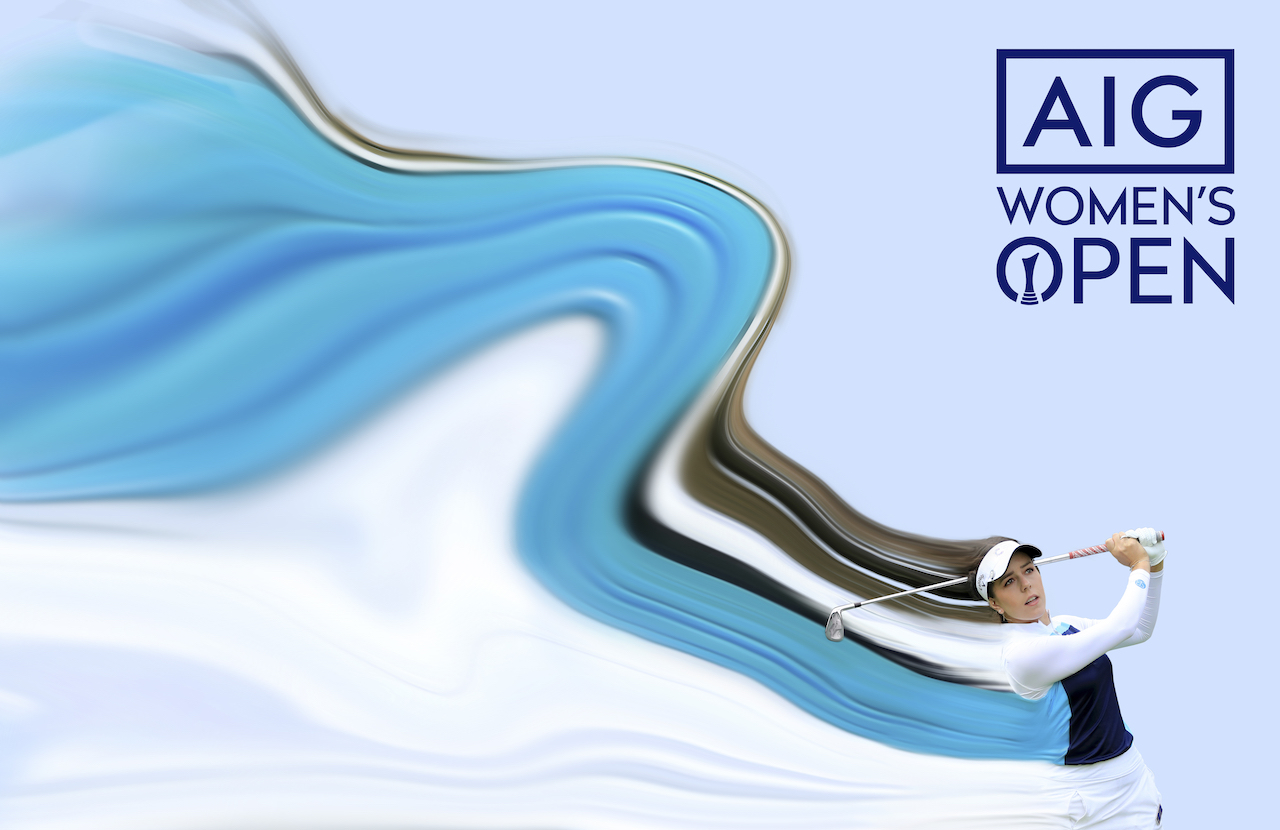 Georgia Hall of England plays her second shot on the 1st hole during Day Four of the AIG Women’s British Open at Woburn Golf Club on August 04, 2019, in Woburn, England. (Photo by Richard Heathcote/Getty Images)

AIG extended its title partnership of the AIG Women’s Open by two years, to 2025.

Under the new agreement, the championship will now be known as the AIG Women’s Open as part of a rebrand undertaken by The R&A and AIG.

“AIG proudly stands as allies with these accomplished players, and with women in business and society.  In the face of challenging global circumstances, we are pleased that our increased support of the AIG Women’s Open will enable these dedicated professionals to compete and break down barriers that will provide a lasting example for future generations.”

Martin Slumbers, Chief Executive of The R&A said, “The R&A and AIG share a long-term vision for the AIG Women’s Open. We are fortunate to have such a committed partner in supporting women’s golf.

“The AIG Women’s Open is a global championship and its new name reflects its growing stature and broadening international appeal.

“Together with AIG, we are determined to accelerate the progress we have made in women’s golf. The AIG Women’s Open is the perfect showcase for these highly skilled athletes to demonstrate how good they are and inspire more girls and women to take up golf.”

Georgia Hall, the 2018 champion commented, “I am so grateful that AIG has continued to support women’s golf, particularly in the face of a pandemic.  It shows their dedication and support of us as athletes which we greatly appreciate.”

Together, AIG and The R&A celebrate the exceptional athletes competing in this global championship and the changing face of golf. The AIG Women’s Open brand exemplifies the continued progress of the sport and the determination to accelerate it.

The R&A has also launched a new website for the AIG Women’s Open which can be accessed at www.aigwomensopen.com. Follow the championship on social media via @AIGWomensOpen.