Woods Gets Back to Work at Memorial Tournament 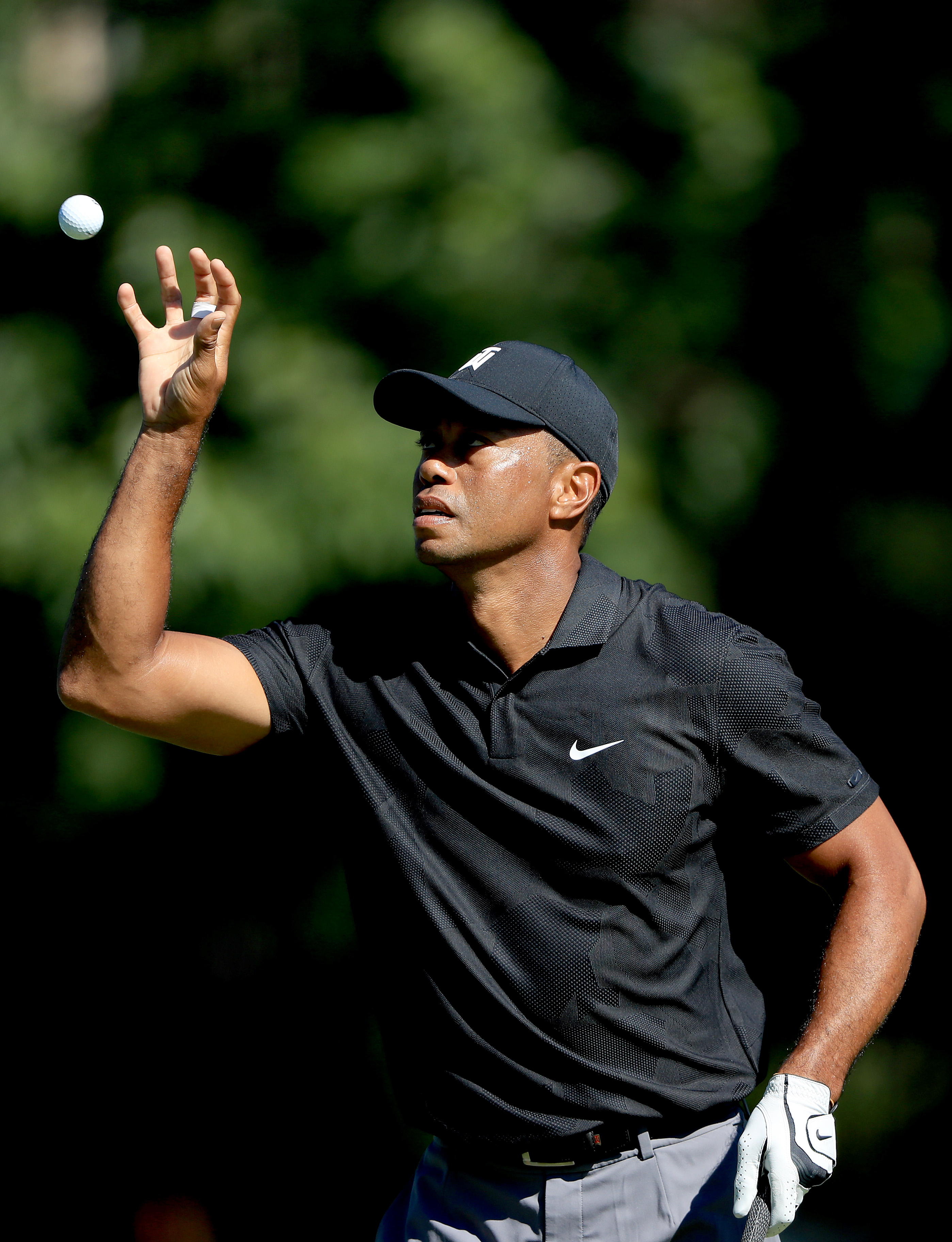 Tiger Woods catches a ball during a practice round prior to The Memorial Tournament at Muirfield Village Golf Club on July 14, 2020, in Dublin, Ohio. (Photo by Sam Greenwood/Getty Images)

Tiger Woods is back on the tee. There is little need to overcomplicate the storyline beyond that.

The 82-time PGA Tour winner and the world’s most talked-about player is set to make his much-anticipated return this week at the Memorial Tournament presented by Nationwide, his first appearance since the COVID-19 pandemic shut down the sport in mid-March.

When Woods launches his opening ball off the tee Thursday at Muirfield Village, it will be his first competitive start in five months, dating back to the Genesis Invitational at Riviera Country Club in February. Woods, who has won this event five times in his career, will be part of a featured grouping Thursday and Friday alongside Rory McIlroy and Brooks Koepka.

“It feels great to be back,” Woods said Tuesday.

“I hadn’t played on a tournament venue in a while, and it’s been since February, so it’s been a long time for me. Then to get out there and to play with Justin Thomas today was a bunch of fun. It’s certainly a different world, a different environment that we’re in. To play practice rounds like this and to watch as the Tour has evolved and started back and to see no fans, it’s just a very different world out here.”

Golf has eagerly awaited Woods’ return since he first displayed a midseason form in May at Capital One’s The Match: Champions for Charity. Speaking with reporters on Tuesday, Woods said that performance briefly left him considering an earlier return to competition before ultimately opting against it.

“I did consider playing, trying to figure out if I should play or not. But I just felt it was better to stay at home and be safe,” he said. “I’m used to playing with lots of people around me or having lots of people have a direct line to me, and that puts not only myself in danger but my friends and family. I’ve just been at home practising and social distancing and being away from a lot of people.”

Woods watched from afar as the Tour worked through its new health and safety protocols, which include no on-site fans and frequent COVID-19 testing throughout the week. Confidence in those measures is what ultimately brought him to Ohio this week.

“That’s the risk that I’m taking, that’s the risk that all of us are now taking,” Woods said. “I know the Tour has done a fantastic job of setting up the safety and trying to ensure that all of us are protected and are safe, but it is a risk that we are now undertaking when we walk on the property and are around individuals that you don’t know where they’ve been or what they’ve been doing.

“But the screening, the testing we’ve done, the protections that we’ve tried to implement on the Tour have shown that we’ve had to make adjustments, but it’s a risk that I’m willing to take.”

Yes, there was ample time for Woods to practice during the hiatus at his home course, Medalist Golf Club, but there was also plenty of backyard tennis with his children, Sam and Charlie, and quiet moments to read horror novels by one of his favourite authors, Dean Koontz.

But now it’s back to work, and a chance to erase the memories of his last competitive start. When golf fans last saw Woods on Tour, he finished last among players to make the cut at 11-over and closed with rounds of 76 and 77 the final two days.

“Physically, I was very stiff in Los Angeles, and I was not moving that well,” he said. “Back was just not quite loose, it was cold, I wasn’t hitting the ball very far, wasn’t playing very well, and consequently I finished dead last.

“I feel so much better than I did then. I’ve been able to train and concentrate on getting back up to speed and back up to tournament speed, so how I was moving at The Match and being able to progress since then, being out here today and being able to play with J.T., it was a lot of fun for both of us.”

One thing that won’t be in his way are the throngs of fans sure to follow him during an event, as the Tour will remain closed off to fans through at least the end of the FedExCup Playoffs in August.

Perhaps that will bring some comfortable familiarity to Woods, who won the Zozo Championship in November after surging into a second-round lead that was played without fans due to weather. That win coincidentally also came after a lengthy two-month layoff.

Is a repeat performance in the cards this week?

“I think for me in particular, I’m going to have to just put my head down and play,” Woods said. “But it’s going to be different, there’s no doubt about it. For most of my career, pretty much almost every competitive playing round that I’ve been involved in, I’ve had people around me, spectators yelling, a lot of movement inside the gallery with camera crews and media.

“Watching the players play over the last few weeks, that hasn’t been the case, and that’s very different, and for the players that are a little bit older and that have played out here for a long time and have experienced it, it is very different.”