Pan’s New Way of Travel on the PGA Tour 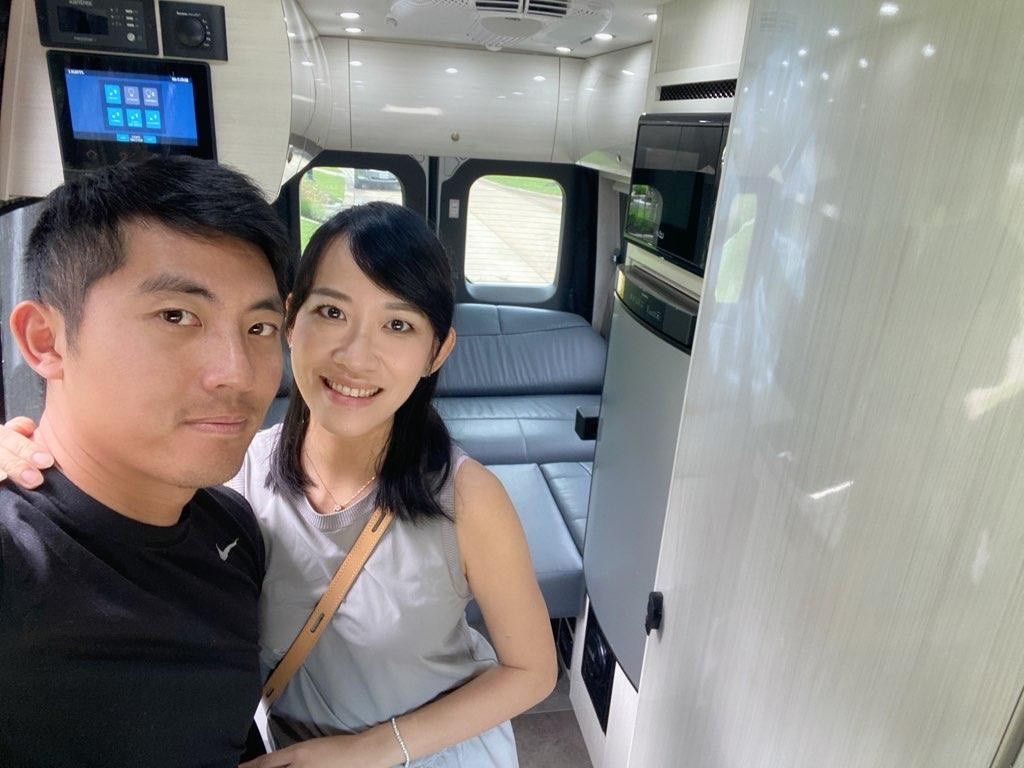 C.T. Pan’s latest big-ticket purchase started just like so many others often do – with a late-night spent surfing the internet.

The PGA Tour star was still looking for ways to productively use his time as the Covid-19 pandemic forced a three-month halt to not just professional golf, but everyday life as we knew it. So, as he and wife Michelle bunkered inside their home looking for things to do, Pan eventually turned his sights toward creating a YouTube channel to show off his golf tips for curious fans.

That eventually led them down the rabbit hole of videos about recreational vehicles, or RVs for short.

Pan consumed one video after another, learning more and more about this alternative way of travel. 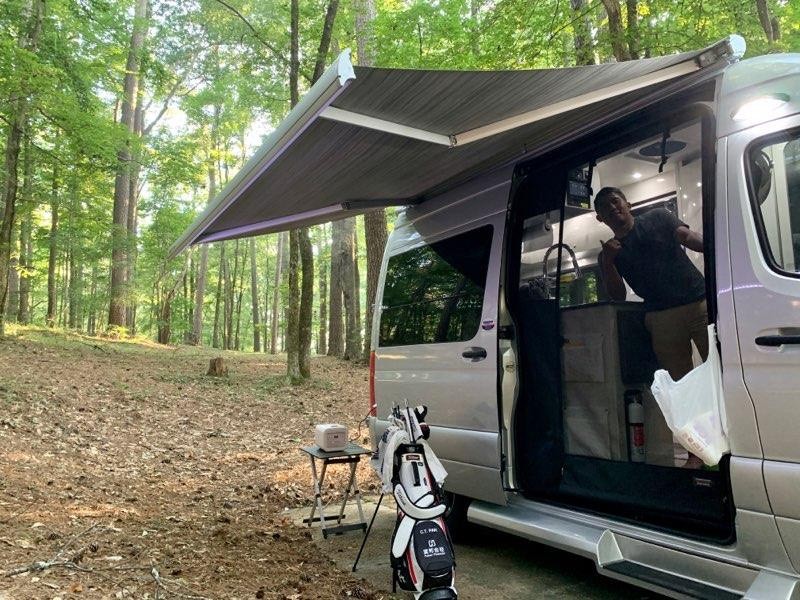 Waking up in the forest is preferable to waking up in a hotel for the Pans. Photo: CT Pan

“We just started watching a bunch of videos, trying to study,” he recalled. “Class A. Class B. Class C. The fifth wheel. Now I know all of those terms. It’s funny,” said Pan.

The next thing the Pans knew, they were the proud owners of a 2020 Pleasure-Way Ascent, a Mercedes-Benz Sprinter van. In Pan’s RV language, the vehicle is a Class B motorhome, meaning it is essentially a passenger van that has been outfitted for full-time travel. It comes complete with a queen-sized bed, bathroom and kitchen.

Life on the PGA Tour moulds players into frequent travellers in a hurry. Picking up and moving from city to city every single week tends to do that. Little seems to vary from location to location, as players arrive at the airport, pick up a rental car and head to their hotel of choice.

This is repeated over and over again, from the very beginning of the FedExCup season to the very end, at the Tour Championship outside Atlanta.

But for the Pan family, life on the road now entails driving for hours at a time on the open road. Though family members are barred from attending PGA Tour events in order to eliminate the spread of the coronavirus, Michelle is along for the ride as the Pan’s opt to wake up in the calming forests of nearby state parks instead of the hotel rooms closely situated next to golf courses. 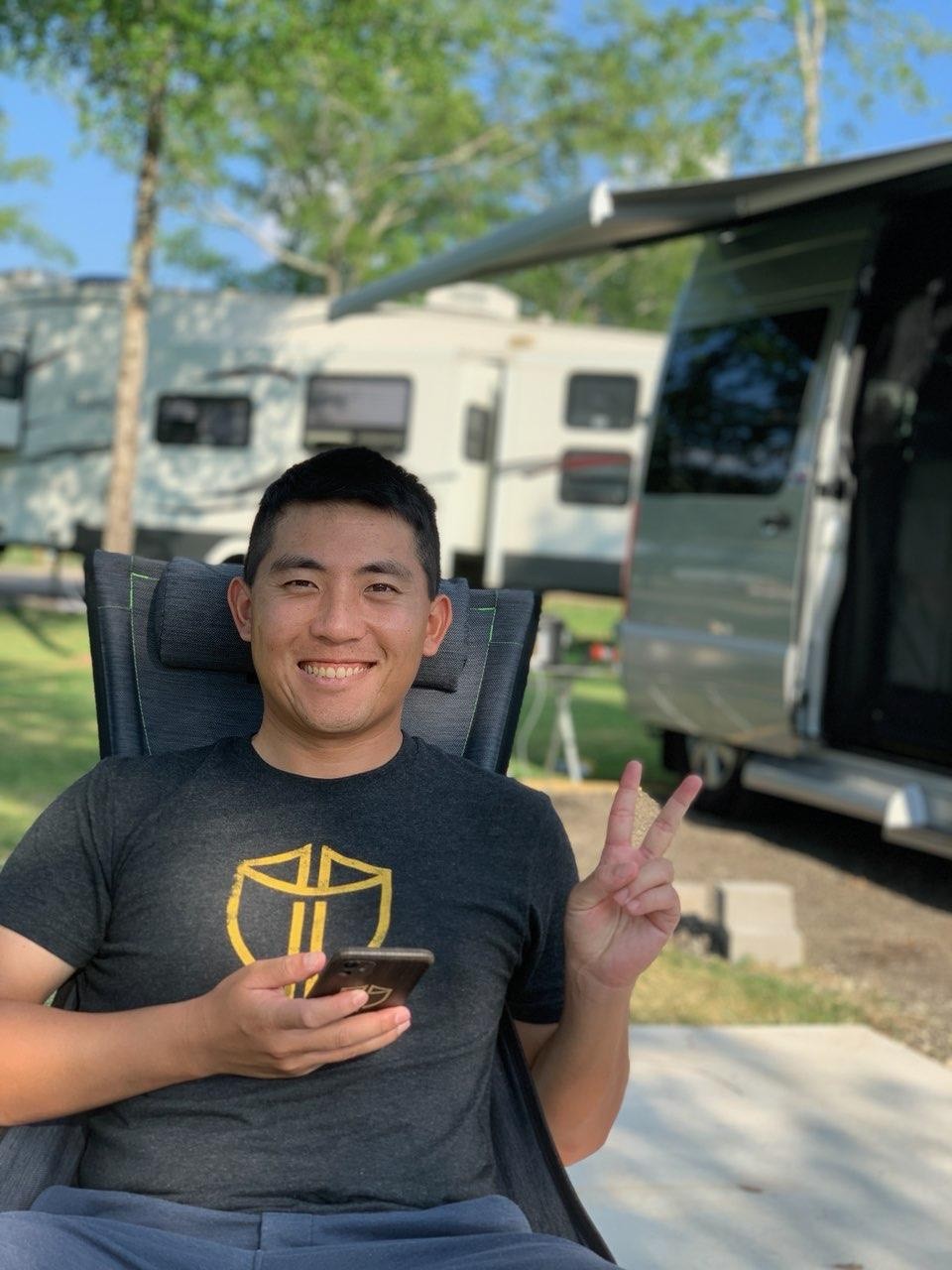 A great way to travel from one PGA Tour venue to another. Photo: CT Pan

“The best thing, I think, is in the morning when I wake up and see the beautiful forest and sunshine,” he said. “It’s just awesome to see that in the morning instead of waking up in a hotel every week seeing the white ceiling. It’s great to have a different scene. It definitely helps me relax my mind.”

The couple has already put around 3,200 kilometres on the vehicle, beginning with the trip from the Charles Schwab Challenge in Fort Worth, Texas, to Hilton Head, S.C., where Pan was set to defend his title at the RBC Heritage.

Pan had missed the cut in the Tour’s return to golf, so he and his wife began the trip on Saturday with an overnight stop at Roosevelt State Park outside Jackson, Miss. “Good thing I missed the cut so I could take my time, “Pan said, laughing. “It was a beautiful spot close to a lake. We just hung out, saw a bunch of people there. We spent the night and then Sunday we drove for like 10 hours to here.

“It’s a long drive but it’s good to have my wife with me,” he continued. “Family isn’t allowed on the Tour right now, so it’s good to have her by my side. If anything bad happened, we wanted to stay together.”

Pan, who featured in his Presidents Cup debut for the International Team last year, expects to play every event in this condensed season, meaning he will log plenty of kilometres on his new purchase. That continued with the 14-hour trip this week from Hilton Head to TPC River Highlands in Cromwell, Conn., site of this week’s Travelers Championship.

A fitting location for the Tour’s most expert traveller.

“It’s compact, so I can just drive into player parking and park in any spot,” Pan said. “It’s got everything. It’s got diesel, the diesel generator, A.C. units, all that stuff. I plan to play every single week. So, I’ll just drive everywhere.”

Check out a video tour of the Pan’s new RV on his YouTube page by clicking here.