Driving into the Unusual Scores at TPC River Highlands 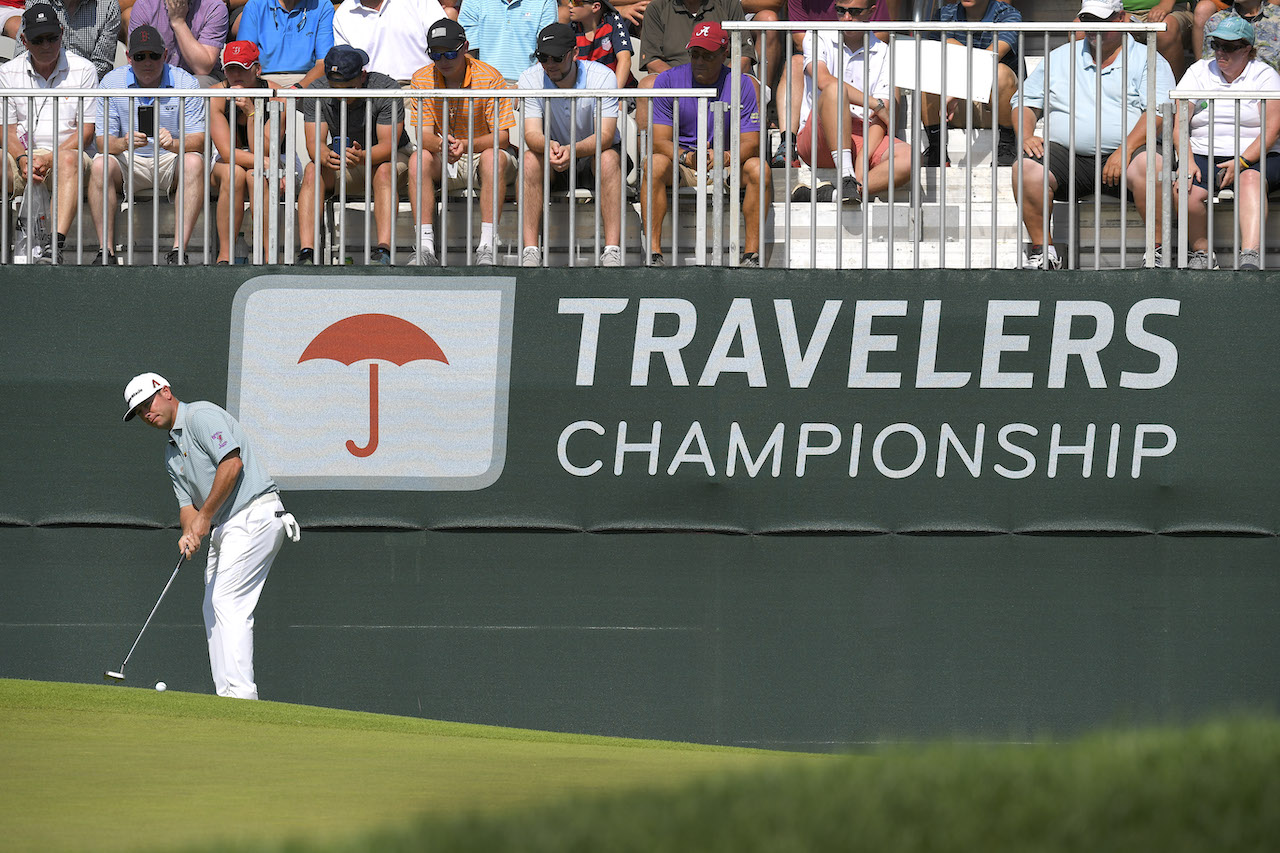 Chez Reavie hits a putt on the ninth hole during the final round of the Travelers Championship at TPC River Highlands on June 23, 2019, in Cromwell, Connecticut. (Photo by Stan Badz/PGA TOUR via Getty Images)

TPC River Highlands, site of this week’s Travelers Championship, isn’t the hardest course on the PGA TOUR. It’s also not the easiest, which raises this question: Why have there been so many remarkable scoring performances there during the last dozen years?

The golf course, part of the PGA TOUR’s TPC network that includes THE PLAYERS Championship’s TPC Sawgrass in Ponte Vedra Beach, Florida, and TPC Scottsdale, home of the Waste Management Phoenix Open in Arizona, has been the host of the Travelers Championship since 1984 when the course was known as the TPC of Connecticut. A rebranding took place in 1991, to its current name that describes the landscape and water features in this Hartford suburb.

The course’s history began in 1928 when it opened as Middletown Golf Club. In 1934, it became Edgewood Country Club, its name until the PGA TOUR bought the property in 1983 and hired famed architect Pete Dye and his protégé Bobby Weed to redesign the course to TPC standards so it could host a PGA TOUR event. Since becoming a TOUR host, TPC River Highlands has had a knack for being the place to some very special rounds.

Yet, in the last 10 years, the course has been right in the middle when it comes to the TOUR’s toughest-course rankings, averaging as the 27th-hardest among the TOUR’s some-50 courses it plays each season. So, not everybody is slaying the course, yet some are. In the 36 times, the best players in the world have visited the course for the Travelers Championship, a few notable players have turned in several remarkable scoring feats, led by Jim Furyk’s 58 in the final round of the 2016 Travelers Championship, the lowest score in PGA Tour history.

The course also yielded a 60 to UCLA’s Patrick Cantlay, in 2011 still the TOUR’s lowest 18-hole score by an amateur. River Highlands has also witnessed five different 61s and a PGA TOUR record seven consecutive birdies by Kevin Streelman to finish his tournament and secure victory in 2014. It’s also not just one-round dominance. In the TOUR’s storied history, only 10 players have enjoyed lower 72-hole scores than the 258 Kenny Perry shot when he won the 2009 Travelers.

Furyk thinks he knows why so many historic rounds have occurred at the course 24 kilometres from downtown Hartford.

“It’s a very liked golf course on the PGA TOUR, and a lot of players love coming here to play. I think one of the reasons why is they say that it really doesn’t favour [one] style,” says Furyk. “You’ve got a guy like Bubba (Watson, winner in 2010, 2015 and 2018), who bombs it, and he loves the golf course, and then you’ve got guys who are much shorter hitters. I think the fact that it doesn’t weed out a bunch of players is the reason folks like it.”

While subscribing to that theory, Furyk was admittedly surprised his 58 came at TPC River Highlands, a course he had only played twice—in 2001 and 2011—prior to his record-breaking performance in his third visit to the property.

“It’s funny, I thought the same of Conway the first time I played it, and my two lowest rounds ever on the PGA Tour are places that I’m not ultimately the most comfortable, if that makes sense,” said Furyk, noting his next-lowest 18-hole score, a 59, that came at Conway Farms, host of the 2013 BMW Championship outside Chicago.

The last of Streelman’s two PGA Tour titles was at the Travelers Championship. Entering the final nine at TPC River Highlands, what he calls his “favourite nine holes on the PGA Tour,” Streelman trailed by seven shots. Because he enjoys those nine holes so much, he said he never felt out of contention. His seven consecutive birdies to finish the tournament not only gave him a one-stroke win over South Korea’s K.J. Choi and Spain’s Sergio Garcia, his string of circles on the scorecard also broke a 58-year-old TOUR’s record held by Mike Souchak when Souchak won the St. Paul Open on the final day with six birdies in a row to finish his round.

“I love this back nine. I just kind of felt at peace this week that I was going to go have fun and enjoy it, and you know, to do what we did was pretty amazing,” Streelman added.

Hunter Mahan won the 2007 Travelers Championship winner, and he shot his career-low PGA Tour round, a 61, on Sunday in 2012, probably summed it up best.   “It’s a great course, a great tournament. Travelers does a great job. It’s a fun place to play. This week always gets me excited,” he said.

Chez Reavie won the tournament last year which has attracted another stellar field this week.