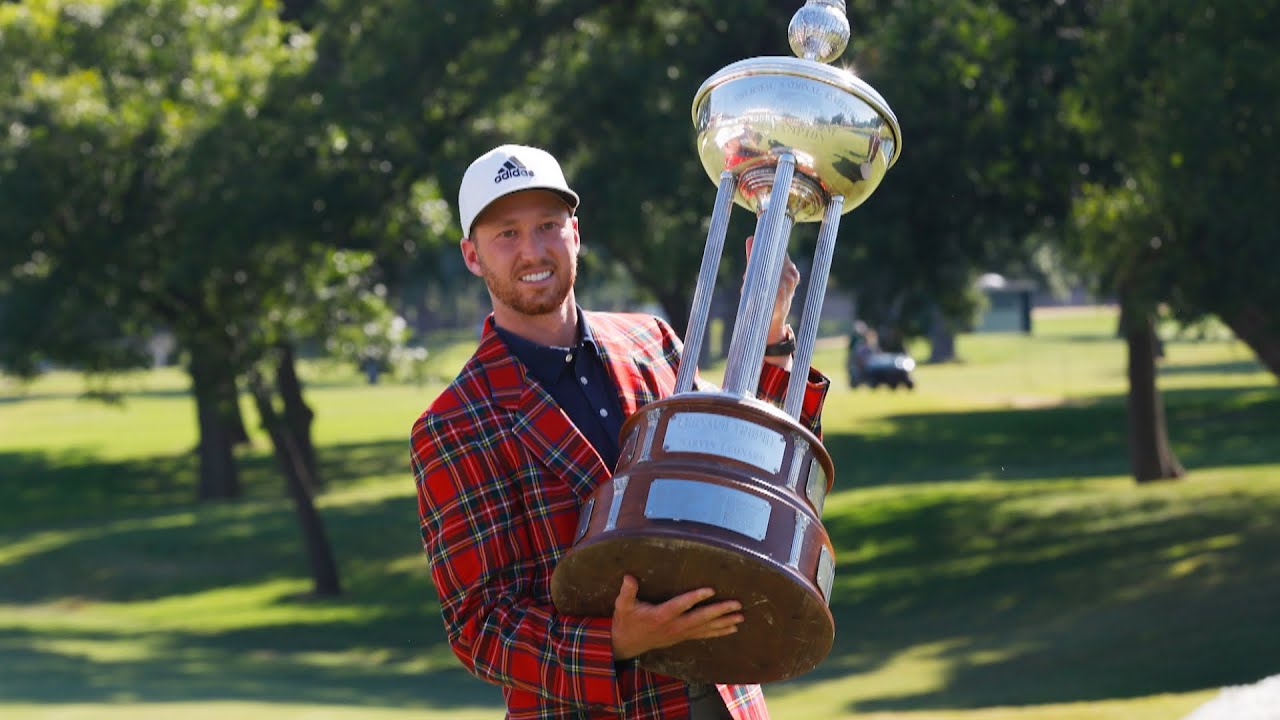 Daniel Berger of the US wins Charles Schwab Challenge

It was a quiet victory for Daniel Berger at the Charles Schwab Challenge at the Colonial Country Club, Texas. After winning the one-hole playoff over Collin Morikawa, only a handful of people near the clubhouse clapped while a few photographers snapped his picture as he held the Leonard Trophy aloft. This is the new norm for the PGA Tour that commenced the tour and return to golf including the testing protocols, the social distancing rules and the lack of fans due to safety and health concerns.

“A little different for sure,” Berger said, “but in the end, I was holding the trophy – and that’s all that matters to me.”

Berger’s last three events before the COVID-19 pandemic saw him post a tie-9 at the Waste Management Phoenix Open, a tie-5 at the AT&T Pebble Beach Pro-Am and a tie-4 at The Honda Classic. Despite the field that included the world’s top-five ranked players, Berger who was ranked 107th in the world was the last person anyone thought would guess as a winner.

He started the day two shots off the lead. He made his move with three birdies in his first eight holes, including both par 3s on the front side with only one hiccup at the par-4 ninth when he found a greenside bunker and couldn’t get up-and-down. Once the back nine, Berger was bogey-free and made a couple of birdies … including the pivotal one at the par-4 18th with a 10-1/2 foot putt.

“I just kept telling myself, why not me today?” Berger said.

“I thought about the virus very few times this week,” he said. “You know, it’s been such a big part of our lives for the last two months, and I feel like I just tried to do everything I can to be safe, and that’s all you really can do. You wash your hands, you don’t touch your face, you wear a mask when you can, you social distance, and obviously we got tested early in the week, so I knew I was healthy before I got here.

“We had the temperature readings before we got on-site every single day. I knew that all of the employees and staff that were here were doing the same thing. I felt completely safe.”

“There were so many times today where I could have given it up or let the pressure get to me,” Berger said, “but I hung in there and I played practically some of the best golf I’ve played the last six years the last five holes today.”

He won the playoff after Morikawa failed to convert a 6-foot birdie putt on the 72nd hole that could’ve won the tournament.

Morikawa started the playoff at the par-4 17th with an errant drive that finished under a tree, forcing him to hit a low runner with his approach. Berger went from the fairway to just over the green. In the end, each had short par putts to convert. After his chip shot, Berger wanted to putt out and put the pressure on Morikawa to keep the playoff alive. He successfully putted out first while Morikawa missed.

“The atmosphere, in my opinion, was fantastic, even though there weren’t any fans out there,” Berger said. “You knew that millions of people were watching at home, and that was just enough for me.”