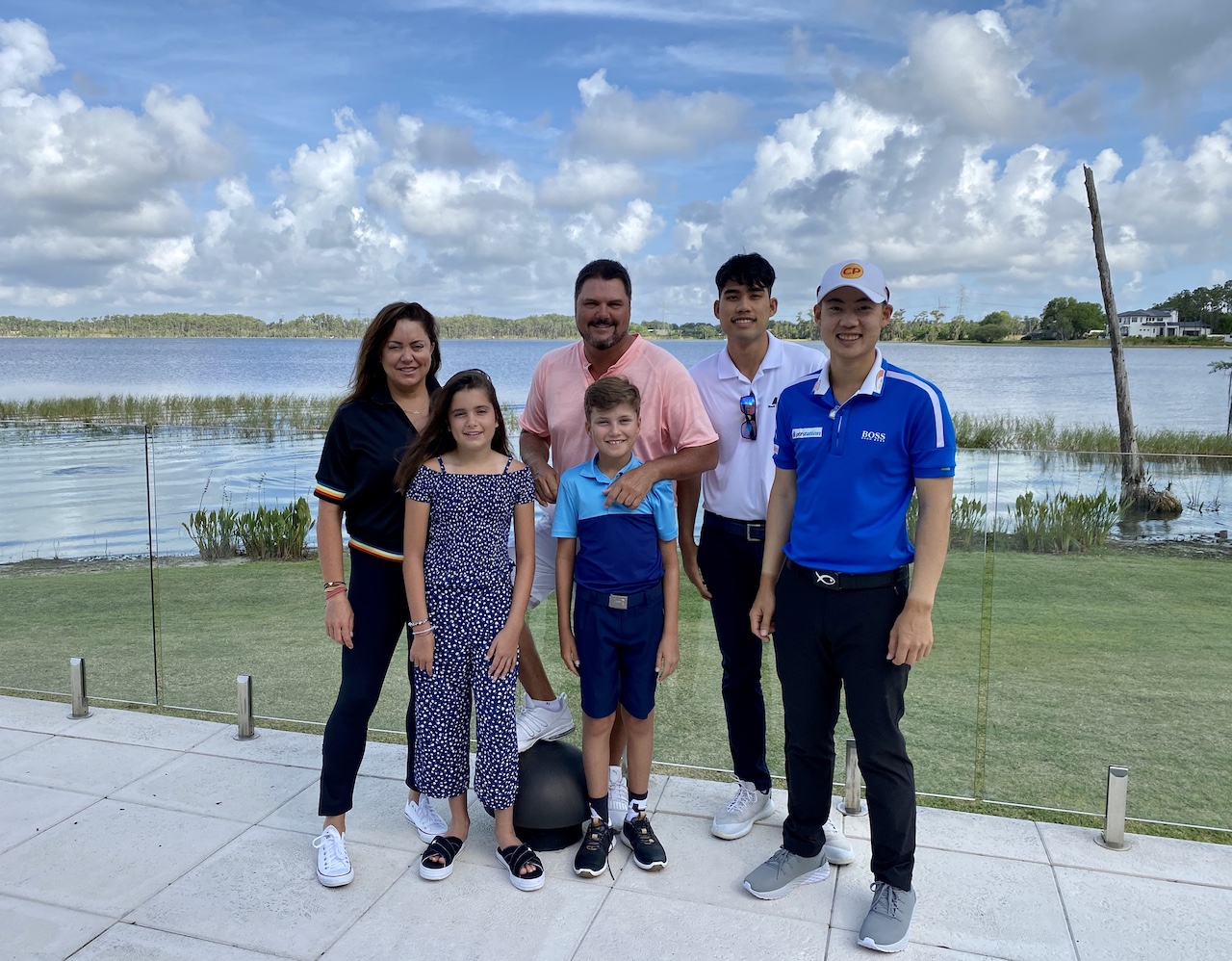 Thailand’s Jazz Janewattananond is itching to get back onto the tee and reignite his PGA Tour dream.

Fuelled by an unprecedented sporting shutdown which saw him seek refuge in Orlando over the past two months, the 39thranked golfer in the world will be amongst the stars returning to action at the Charl Schwab Challenge when the Tour resumes play on June 11 under a new Health and Safety Plan.

Jazz, 24, is slated to feature in other tournaments including the RBC Heritage, The Memorial Tournament and WGC-FedEx St Jude Invitational, appearances he hopes will help him secure membership on the PGA Tour. He can also look forward to three of the four majors in the reimagined 2020 schedule.

“I might be seeking asylum here,” joked Jazz in a telephone interview.

“These next few events … it’s going to be great. I won’t really care what I shoot honestly, I just want to play tournament golf again. I’ve got a few other events lined up and my team is asking for invites. I’m lucky we get to play golf again as every tour around the world is closed.”

His American dream, though, has come with some personal sacrifices. He has been away from his close-knit family since late February and opting to remain in the U.S. during the enforced shutdown due to the Covid-19 pandemic was made worse with the death of his grandfather recently.

“I’ve tried to keep the spirit up. It feels like you’re in a tunnel and I’m trying to get to the end of the tunnel. It’s tough when you’re far away from home,” he said.

“A few weeks ago, my grandfather passed away and I was sad I couldn’t be there for my mum and family. I miss them very much but thanks to technology, we Facetime regularly. They are letting me do what I want and reminding me to stay safe and healthy.”

What Jazz wants is to join countryman Kiradech Aphibarnrat on the PGA Tour as soon as possible. After winning four times in Asia last season to skyrocket up the world ranking, he followed up with a pair of top-five finishes in Hong Kong and Singapore in January before finishing T53 at the WGC-Mexico Championship. The Thai missed the cut at the Arnold Palmer Invitational at Bay Hill and then shot an opening 76 in The Players Championship before the Tour’s flagship event was cancelled due to the coronavirus.

While he misses his family dearly, Jazz has inadvertently found comfort through an ‘adopted’ family, thanks to Daniel Chopra, a two-time PGA Tour winner and Asian Tour regular. After bumping into Chopra at Bay Hill in the week leading up to the Arnold Palmer Invitational, the Swede invited Jazz to stay with his family and when the shutdown occurred on March 13, Chopra did not hesitate to invite Jazz and his caddie, Camp Pulit, back to his Orlando home to seek refuge.

“When the shutdown happened, I didn’t want to go back to Thailand as we weren’t sure how long the break would last. And then, our country shut down and it was too late to get home. I know Daniel as he plays in Asia, but I didn’t realise he lives and practices at Bay Hill. We had a hotel room booked for two weeks but he made us stay with him. It was good to have some familiar faces around … it felt like family.”

His time with Chopra, who has two children Casper and Coco with wife Samantha, has been wonderful. Jazz says he has found renewed vigour for the game and fallen in love with Bay Hill that he took up a club membership. If he secures his PGA Tour card, Jazz will not hesitate to consider setting up base near the iconic club.

He is thankful the Chopras have helped ease the downtime. “Everything was closed here, except for stuff related to health and groceries. Our daily routine was wake up, think about what I’m going to eat next, stare out of the window, and repeat,” he laughed.

“When golf was restricted, we tried to spice things up in our daily life. We played basketball and Casper would beat us easily. I also spent time wake boarding and wake surfing and Samantha plays tennis, so we played a bit to keep active.”

When golf facilities reopened, Jazz and Chopra participated in one-day competitions to get the adrenaline flowing again. “I just miss the travelling and going out to play, meeting new people. We played in several mini-tour events … one day, we got up at 5 am, drove for two hours to the course and teed up. I shot one-under in the first event and didn’t make my money back (from the entry fee) and in the second one, I shot two-under and tied Daniel in third place.”

The 46-year-old Chopra, who is of Indian-Swede parentage, won his first PGA Tour event at the 2007 Ginn sur Mer Classic and two events later claimed the season-opening 2008 Sentry Tournament of Champions, beating Steve Stricker in a playoff.

Jazz has closely watched and learned from the Swede while practising together and also picked the brains of other PGA Tour winners including Robert Damron and Dicky Pride during social rounds together.

“Daniel has a golf net at home, and I’ve been grinding. We’ve played golf almost every day together and Daniel’s a great guy and a great golfer. He loves a side game and when he needs to make a putt, it just comes up for him. I guess that’s why he’s a PGA Tour winner. Casper, who is 10, is a good golfer too. I wasn’t as good as him when I was his age and he would hit balls all day long. I consider myself a range rat but he’s out-practising all of us. It kind of gives us a boost for our love towards golf. It’s a good reminder,” said Jazz.

With international travel and requirements differing from one country to another, Jazz is looking at extending his visa to remain in the U.S. beyond its current expiration in August. With the U.S. Open slated in September and Masters Tournament in November, he is keeping his options open to staying on in the country for the remainder of the year.

“If I go back to Thailand, I don’t know if we’ll have to go through quarantine or if it’ll be easy to return to the U.S. I’m happy here so maybe it’ll be better to stay on. No one expected this to happen in our lifetime. You’re just moving along and then this happens. A lot of people are more united and helping each other out and I think humanity will come out on the better side of this.

“For Daniel and Samantha to open up their home to me and my caddie, they have helped me out so much. You see the nicer part of people and the best of people coming out to help one another.”