Meet the Other Guys in Tiger and Phil’s Charity Match 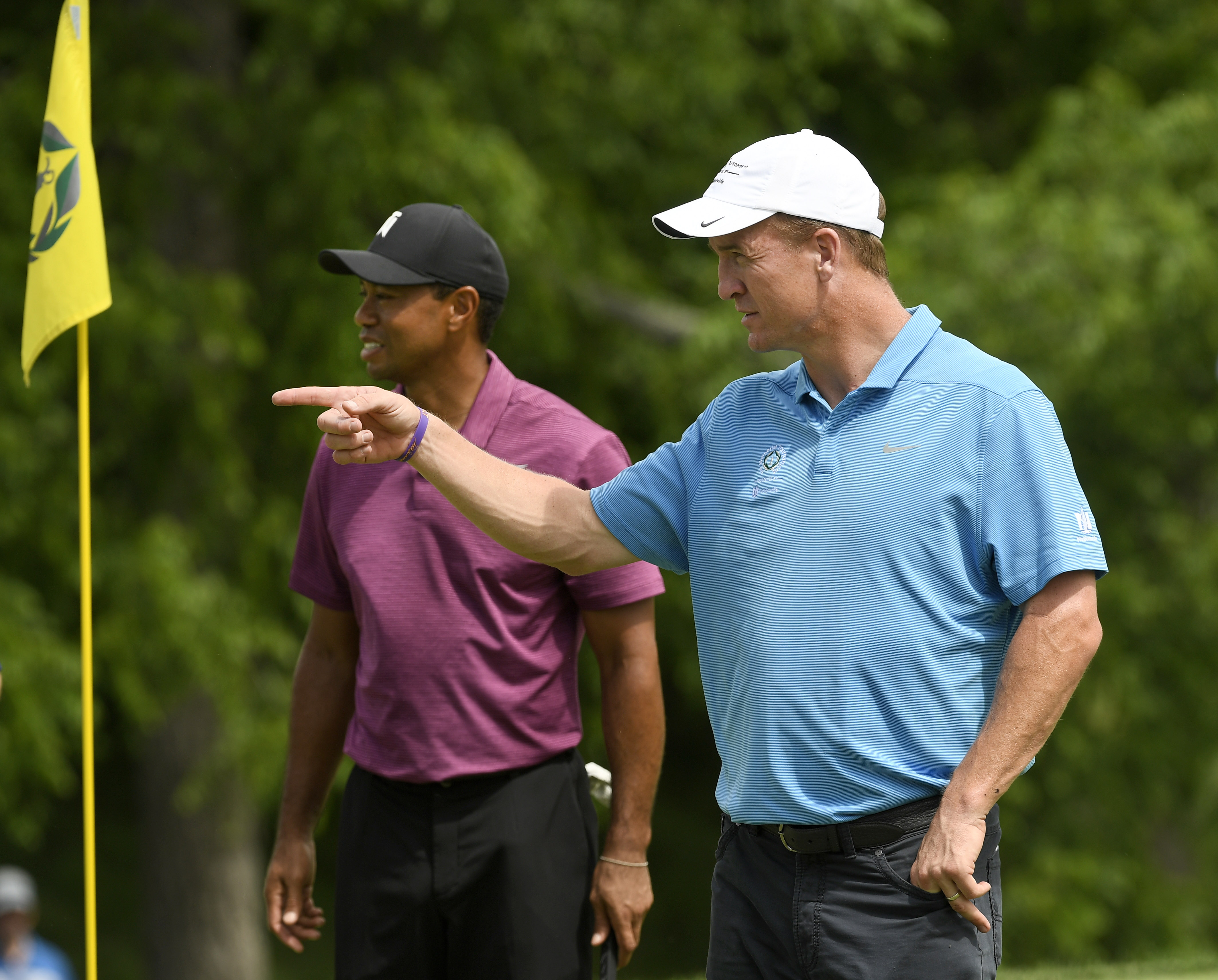 The global stardom of Tiger Woods and Phil Mickelson stretch far beyond the American audience they most often play in front of. With a combined 126 PGA Tour victories, including 20 major championships, the fame and achievements of these longtime rivals translate the world over.

The same cannot necessarily be said of Tom Brady and Peyton Manning, the PGA Tour pros’ playing partners in Sunday’s charity event, Capital One’s The Match: Champions for Charity. Though their high-profile stature as National Football League quarterbacks may make them superstars in the United States, their exploits are not quite as well known on an international scale, given the distinctive American popularity of their sport.

“It’s really a unique moment in time, and the ability to do good and help others is at the core of what this is all about,” Brady said. “To get an opportunity to go play golf with three of the guys I’ve always looked up to in sports is something I couldn’t turn down.”

So, who exactly are Brady and Manning, and why are they playing in Sunday’s event? The simplest answer is the parallel between their own longtime rivalry—and massive success—and that of Woods and Mickelson. In their sport, these icons are considered only two of their generation’s best players but two of the greatest players all-time.

“I think Tiger is the greatest golfer that’s ever played, and I think these two are the best at what they do,” Mickelson said of Brady and Manning. “They grew up playing football, not golf, but they’re going out of their comfort zone on national TV to showcase their golf game. That’s not an easy thing to do. For them to do that and create a fun, entertaining environment that’s helping others, I have a lot of respect for it.”

Brady and Manning have been compared against one another throughout their careers, not unlike their golf counterparts. They have combined to win eight NFL Most Valuable Player Awards—Manning won five, Brady currently has three—and perhaps more importantly, eight Super Bowl Championships, the sport’s biggest and most-coveted trophy.

Manning retired in 2015 after playing 17 years with the Indianapolis Colts and Denver Broncos, winning a Super Bowl with each team. Brady, meanwhile, is entering his 21st year in the NFL, but the 2020 season will be his first with the Tampa Bay Buccaneers after spending the first two decades of his career with the New England Patriots, where he played in nine Super Bowls, winning six.

Head to head, the two players competed against one another 17 times with, Brady emerging on top in 11 of those games. They matched up five times in the playoffs, with Brady winning three of them.

“I don’t think anybody wants to see Tom and I hit golf balls as much as they want to see these two Hall of Famers play golf,” Manning said. “I’m glad as a sports fan to see golf return. I enjoy watching those guys compete. For Tom and me to go [inside] the ropes and watch how Tiger and Phil do their thing, and be part of it and raise money, we’re glad to do it. And if it helps people along the way take their minds off of things, that’s even better.”