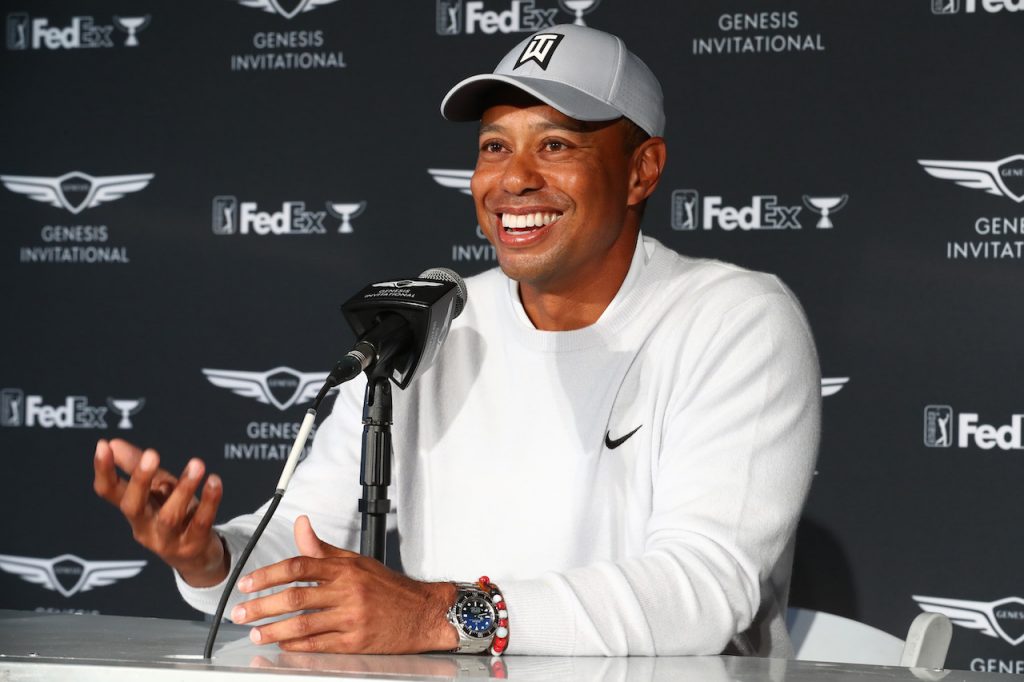 There is perhaps no more symbolic place for Tiger Woods to make history than here at Riviera Country Club, site of this week’s Genesis Invitational.

Woods, who remains in search of a record 83rd PGA Tour victory, will attempt to break Sam Snead’s wins record at the place where it all began. He made his Tour debut at this event in 1992 as a 16-year-old amateur.

“To come here in 1992 and play, but to come here with my dad and my old pro, Rudy, who took me up here,” Woods said. “I remember watching Lanny Wadkins play well here and win, seeing Corey Pavin and Davis (Love III) and Freddie (Couples) go after it.  There’s a lot of history for me to come up here and play.  This was the second professional event I ever went to besides San Diego.”

Woods’ ties to the Genesis Invitational run deep. He grew up in nearby Orange County, and his TGR Foundation is the host organisation and primary beneficiary for the week. The nearby TGR Learning Lab was founded in Anaheim in 2006 and impacts thousands of children each year in STEM education.

“We’ve served over a million kids now, so it’s been tremendous for us to come back to this area where it all started and to have this type of event, this type of exposure, for us to be able to help as many kids going forward, not just here in the United States but internationally, so special,” Woods said.

The Genesis Invitational is one of just two events where Woods has made double-digit appearances without registering a win, alongside The Northern Trust.

Not only must Woods contend with that history, but he will also have to take down a loaded field that includes nine of the top 10 in the Official World Golf Ranking, including Brooks Koepka, making his first Tour start of the calendar year, and new World No. 1 Rory McIlroy, the reigning FedExCup champion.

“I have historically never really putted well here,” Woods said. “I’ve played here so many rounds. It suits a natural cutter of the golf ball, so I figured that’s what I have done pretty much my entire career, but when it comes right down to it, you’ve got to hit the ball well here because the greens are so small and they’re so slopey.  But for some reason, everything kind of breaks toward six and I still haven’t quite figured that out.”

But things are still trending upward for Woods, who finished tied for ninth two weeks ago at the Farmers Insurance Open. He won in his only other Tour start of the season in October at the Zozo Championship in Japan and sits at No. 19 in the FedExCup standings.

The top 30 players qualify for the season-ending Tour Championship in August, which Woods won in 2018 for his 80th career victory.

“I’ve played in a number of events (here) over the years, and for me not to win an event that has meant so much to me in my hometown… I’ve done well in San Diego, I’ve done well at Sherwood, just haven’t done well here,” Woods said. “So hopefully I can put together this week and we’ll have a great conversation on Sunday.”