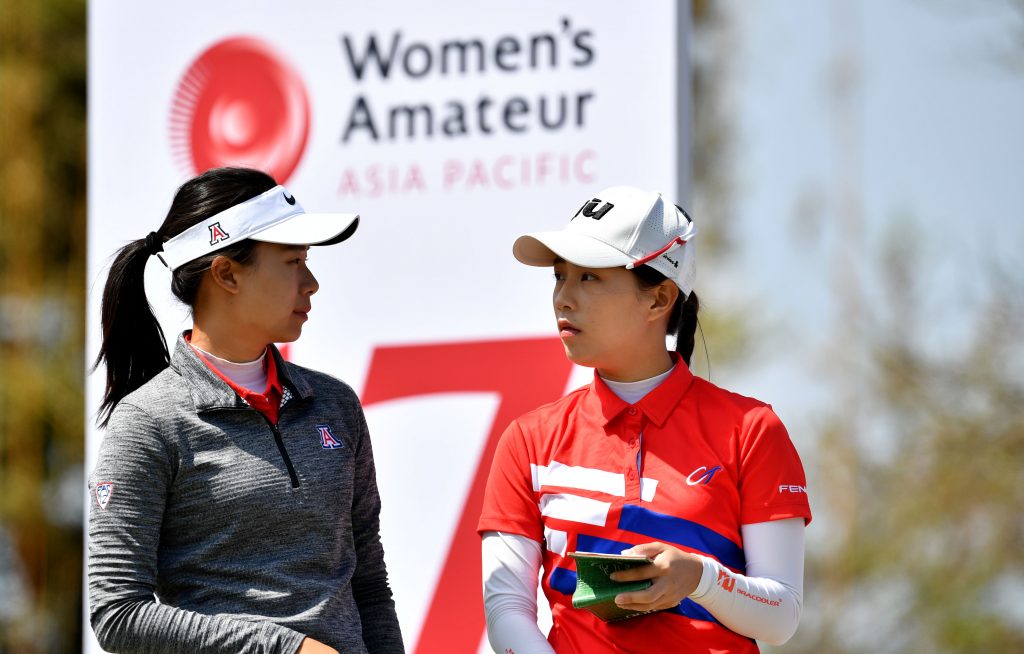 Yu-Chiang Hou and Yu-Sang Hou, sisters from Chinese Taipei, will tee it up in the third edition of the Women’s Amateur Asia-Pacific (WAAP) from 12-15 February at the Siam Country Club Waterside in Pattaya, Thailand.

At 19-years-old, Yu-Chiang, the younger of the Hou sisters, enters the prestigious championship as the highest-ranked player in the field at number three on the World Amateur Golf Rankings (WAGR).

The in-form Yu-Chiang finished runner-up at the start of the month in the Taiwan LPGA’s Hitachi Ladies Classic and has already won an impressive three professional titles including two on the TLPGA and one on the Chinese LPGA tours.

Following her elder sister into the University of Arizona Wildcats team, Yu-Chiang was named Pac-12 Golfer of the Month in her first month of college last year.

“I am very excited about the Women’s Amateur Asia-Pacific and I am looking forward to having a good week in Pattaya,” said Yu-Chiang, who finished tied 29th in the inaugural WAAP in Singapore and tied 17th last year when the championship was held in Japan.

“The WAAP is the biggest championship we play in the region and there are some excellent opportunities for the champion. I have always dreamed of playing in major championships and trying to get there through the WAAP is my goal.

“I feel like I am a much-improved player this year and I have a lot of confidence and belief in my own abilities. Obviously, we will be playing against some of the finest players in the Asia-Pacific region and I will have to produce my best effort to make my dream come true.”

Elder sister Yu-Sang, 20, also knows what it takes to win having recorded victories last year in the American college system, as well as against the professionals on the Taiwan LPGA, to be ranked 34th in the WAGR®.

“It’s always great when we are playing the same tournament. We are able to help each other on the golf course,” said Yu-Sang, who finished tied 24th and tied 28th in the first two editions of WAAP.

“Yu-Chiang has a very good short game and I am pretty good off the tee so we complement each other. And when we are off the golf course, it’s always good to have a fun company like her to relax.”

Alongside the Hou sisters, Chinese Taipei will also be represented by 16-year-old Chia Yen Wu. The world number 32 created history in the 2017 US Women’s Amateur when she won her marathon quarter-final match against American Lauren Stephenson after 12 extra holes. On that day, Wu became the youngest semi-finalist and her quarter-final match became the longest in the championship’s history.

With three players inside the top-35 of the WAGR, Chinese Taipei will have the strongest team in this year’s WAAP, which has established itself as the region’s premier women’s amateur championship. Chinese Taipei will also be represented by Ya-Chun Chang, Ting Yu Chen and Yu Tien Kuo.

The competing players will all be eyeing the incredible rewards lined up for the 2020 champion. The winner will earn starts in two major championships; the AIG Women’s British Open and The Evian Championship, as well as the Hana Financial Group Championship and a further three championships around the world.

The event was developed by The R&A and the Asia-Pacific Golf Confederation (APGC) to unearth developing talent and provide a pathway for Asia’s elite women amateurs to emerge on the international stage and will be supported by the Tourism Authority of Thailand (TAT).

It is expected that 80 players from 19 Asia-Pacific countries will feature, with Thailand having the largest contingent of eight as the host nation, including world No 18 Jaravee Boonchant.

Entry to the championship will be free of charge for fans.

The championship will be broadcast live on each of the four days. There will be nearly 600 hours of television coverage broadcast to more than 180 million households.