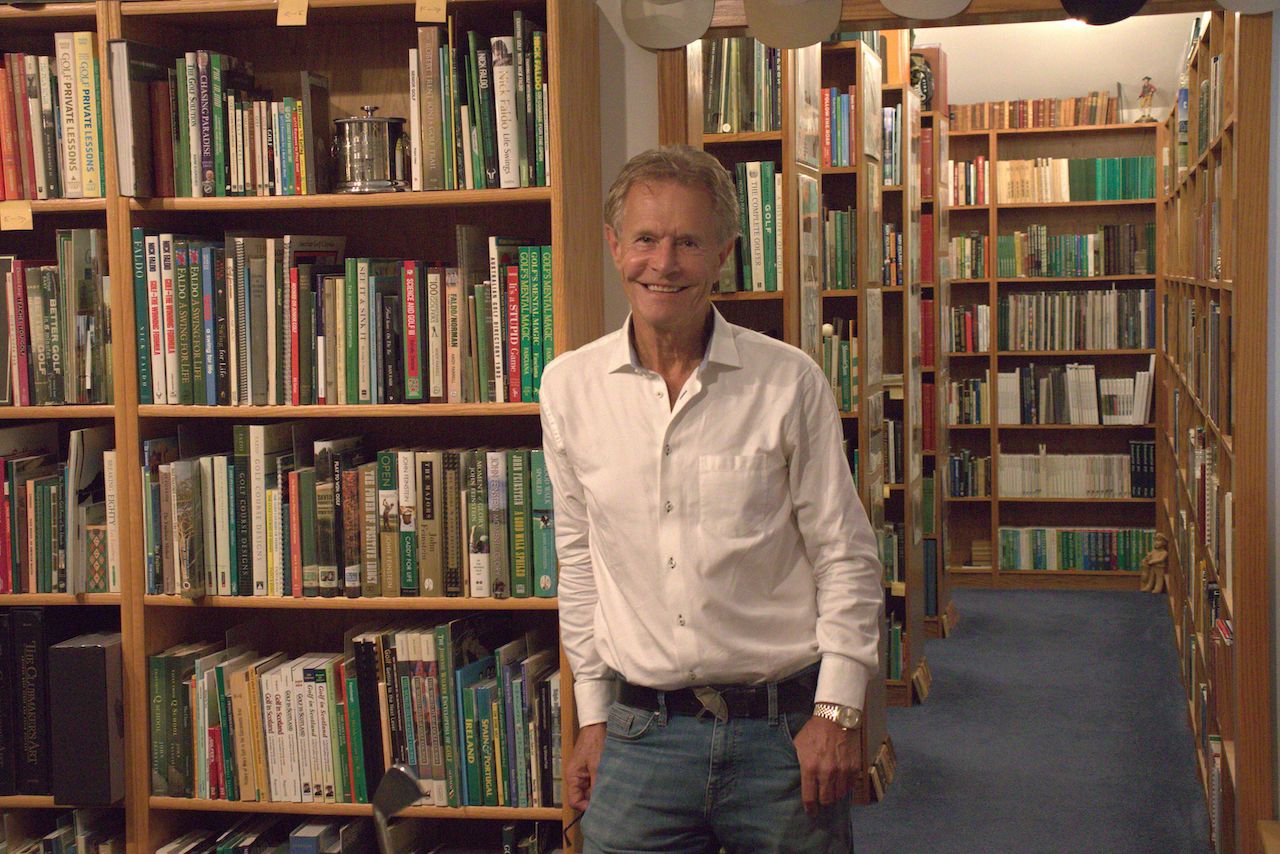 Renowned golf book collector and IMG vice-chairman Alastair Johnston has gifted his extensive library to The R&A in St Andrews to establish the world’s largest, most comprehensive collection of golf books, which will be named the Alastair J Johnston Library.

Alastair has amassed nearly 30,000 volumes since he first started collecting golf books during an internship at IMG in 1969 and the collection, which dates as far back as 1566, features works by many of golf’s most prominent writers, players, historians, architects and biographers.

Johnston currently adds up to 800 new items to the collection each year and the latest edition of the bibliography, which he publishes annually, contains two volumes and amounts to more than 900 pages, demonstrating the extent of the collection. The R&A is committed to continuing to invest in the collection to maintain its status as the finest in the world.

Distinguished individual titles include ‘The Goff, An Heroi-Comical Poem in Three Cantos’, which was the first book devoted purely to golf and written by Thomas Mathison in 1743; and ‘Chronicles of Golf: 1457-1857’ which Johnston wrote with his father James F Johnston and is widely recognised as the seminal early history of the sport.

The library will remain at Johnston’s home in Cleveland while plans are made for its relocation to St Andrews, where it will be managed by the Museum and Heritage department of The R&A. It will follow a planned redevelopment of the museum galleries ahead of The 150th Open at St Andrews in 2021, cementing The R&A’s position as the global authority and repository for the history of golf.

Martin Slumbers, Chief Executive of The R&A, said, “We are very grateful to Alastair for this generous gift. We are excited to continue his vision and support his desire to display this collection in its entirety in Scotland. I can think of no more appropriate place than St Andrews to create the world’s most comprehensive library of golf books.

“We are committed to nurturing the world-class status of the library and ensuring that Alastair’s legacy is maintained for the enjoyment of those who love this great sport.”

Alastair Johnson, said, “I am honoured that The R&A has accepted so gracefully the donation of my golf library.  The commitment it is making to locate it in St Andrews, in the epicentre of the historical roots of the game of golf and provide future guardianship of so much that has been printed about it over the last 400 years or so, is very much appreciated.

“As a native Scot, I am thrilled that many unique publications will be returning to their rightful location in my homeland, which comports with the aspiration I made to assemble as complete a collection as possible with contributions from friends and generous strangers.  I hope that they, in turn, many of them luminaries in the world of golf in their own right, are gratified with its destiny.”

As a senior figurehead at IMG, Johnston developed a close relationship with The R&A through the company’s work on The Open and is also a member of The Royal and Ancient Golf Club of St Andrews.