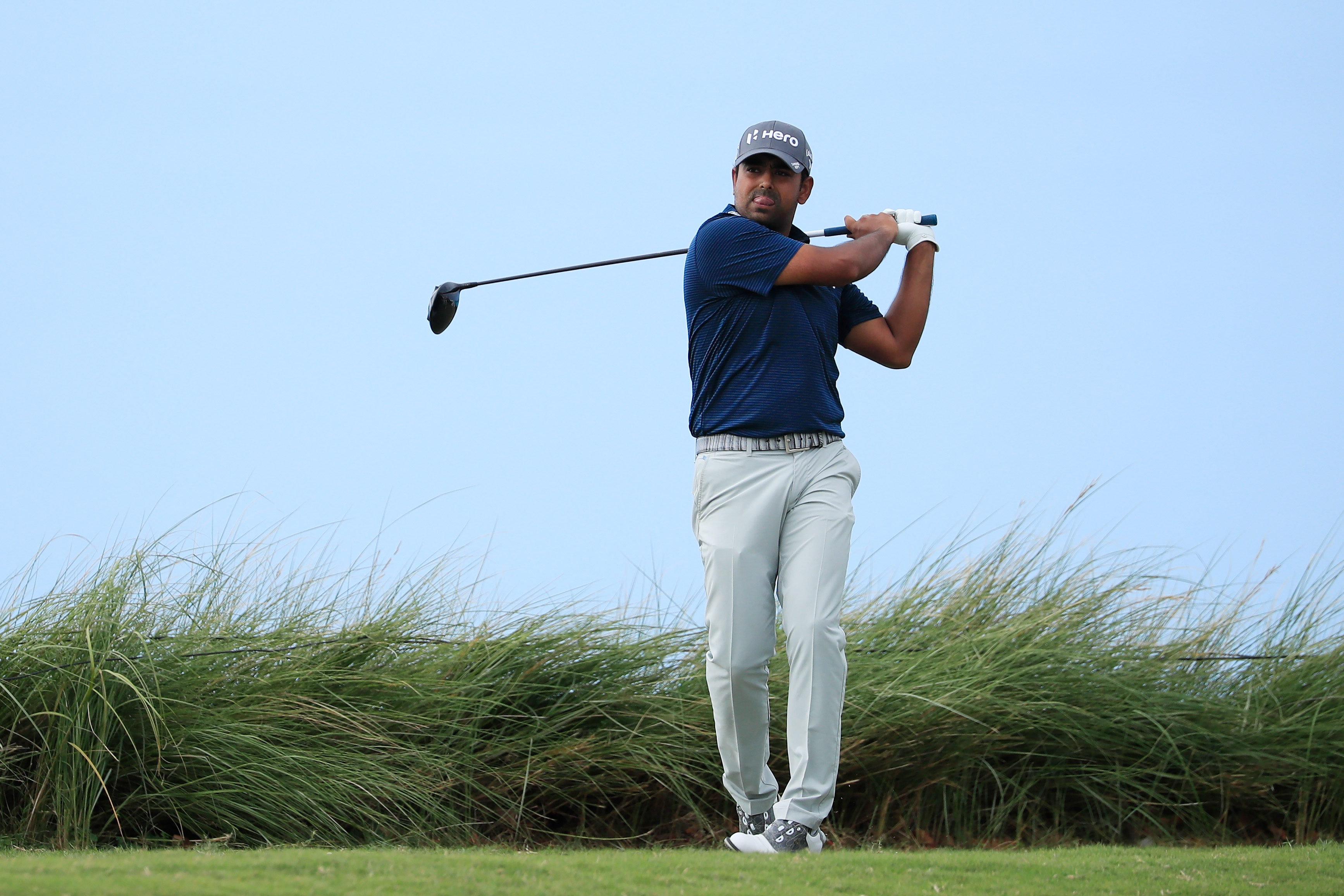 India’s Anirban Lahiri makes his first start of 2020 at the Sony Open in Hawaii this week hopeful of rediscovering his best form on the PGA Tour after spending a frustrating past 18 months.

The 32-year-old Asian star intends to start the new year and decade on a strong footing and is confident significant changes made to his equipment which now comprises of a mixed bag of clubs, his off-season practice routine and a new outlook to life will steer his career back on track after plummeting outside the world’s top-400 ranking.

“I want to get more consistent this year. The last season and a half, I’ve not really contended, so I’ve worked a bit on the scoring aspect of the game, trying to work on putting rounds together, bunches of holes together and getting back to the whole competitive zone which I’ve not been in for a while. My main target (for 2020) is to get back into contention more frequently and just try and keep knocking on the door which is the only way to breakthrough,” said Lahiri from Honolulu.

At the end of 2018-19 PGA Tour Season, Lahiri fell outside the top-125 of the FedExCup points list for the first time since 2016. He needed to return to the Korn Ferry Tour Finals to fight for his PGA Tour card and two consecutive top-10s provided the lifeline as he retained his playing rights.

His current status will not see him featuring into the higher profile PGA Tour events but Lahiri views it as a plus point. “I’ll have slightly limited opportunities compared to what I’ve had over the last few years and in a way, I think it’ll be good as it’ll help me focus. I feel a lot more blinkered as to what I need to do. You want to be fully exempt and play in the biggest events but I feel I’m in a good place now to work myself back and I know I can play,” he said.

As part of his preparation for 2020, Lahiri opted to throw in a mixed bag of clubs which he feels most comfortable within his attempt to land a first PGA TOUR title and return to the upper echelons of world golf where he ranked as high as 33rd in the world in 2015.

“There’s been a lot of changes. I’ve cleaned up a few things with what I want from my golf and how I want to get about doing the things that I want to do,” said Lahiri, a former Asian Tour No. 1.

“There are lots of changes in my equipment. I’m a free agent now so I can play whatever I like across the board which has freed me up to some extent. I have a full mixed bag – Titleist driver, Callaway 3 wood, Ping 5 wood, Srixon irons, Titleist/Vokey wedges and an Odyssey putter. To have that trust in what I’m playing with which at times have not been as good as I would like it to be, that’s one factor. I also changed up how I’ve gone about in practising in the off-season. It’ll be interesting to see how it pays off. I feel it’s been very productive and a step forward.”

In 112 career PGA TOUR starts to date, Lahiri has registered 10 top-10s, including one runner-up finish at the 2017 The Memorial Tournament. A seven-time Asian Tour winner, including two co-sanctioned European Tour victories, the tenacious Indian last tasted victory in 2015 and he hopes to turn the corner in the new decade.

“I like to think I’m right in the middle of it (his career). I’m still only 32. 30 to 35 was the prime for golfers some 20 years ago but it’s not anymore and I get it. However, I feel as strong as I ever did, I feel I can get faster and I’ve gotten stronger the past few years. I’ve got to translate that to getting more competitive. For me, it’s about confidence and as soon as I get that back, get the ball rolling a bit more, I feel I can get back to playing my best which was like about four to five years ago. I feel like I’m starting a second phase. It’s a new decade and I’m ready to go,” he said.

Being a new father – Lahiri and wife Ipsa welcomed daughter Tisya early last year – has also given Lahiri a fresh perspective to life. Where once golf meant everything, he said it has altered his priorities drastically.

“Fatherhood has been fantastic. It’s been a fun ride and given me a different perspective. You go through 30 plus years of your life which 20 was all about golf and now, it’s not just golf anymore. Now, it’s a second priority which I never thought it was a possibility until I became a father. It’s changed a lot of things in a good way on what I need to do,” said Lahiri.

While he spent much of December sharpening his game, Lahiri found himself sat on his couch quite regularly to watch the Presidents Cup in Australia the United States Team edged the Internatioanl Team. Lahiri is a two-time International Team member in 2015 and 2017.

“It was heartbreaking to see the Internationals come up just short. I think Ernie (Els) did a fantastic job and all the rookies played brilliantly. You know, it’s just something we want to do, not just me but a pool of International players who’ve already played in it and even those who haven’t played want to get in as it’s an important event for us,” said Lahiri.

“It’s definitely something that I want to get back to in a couple of years’ time but everything starts with my golf and that’s what I’m putting all my focus and energy into and hopefully we’ll start seeing the dividends.”