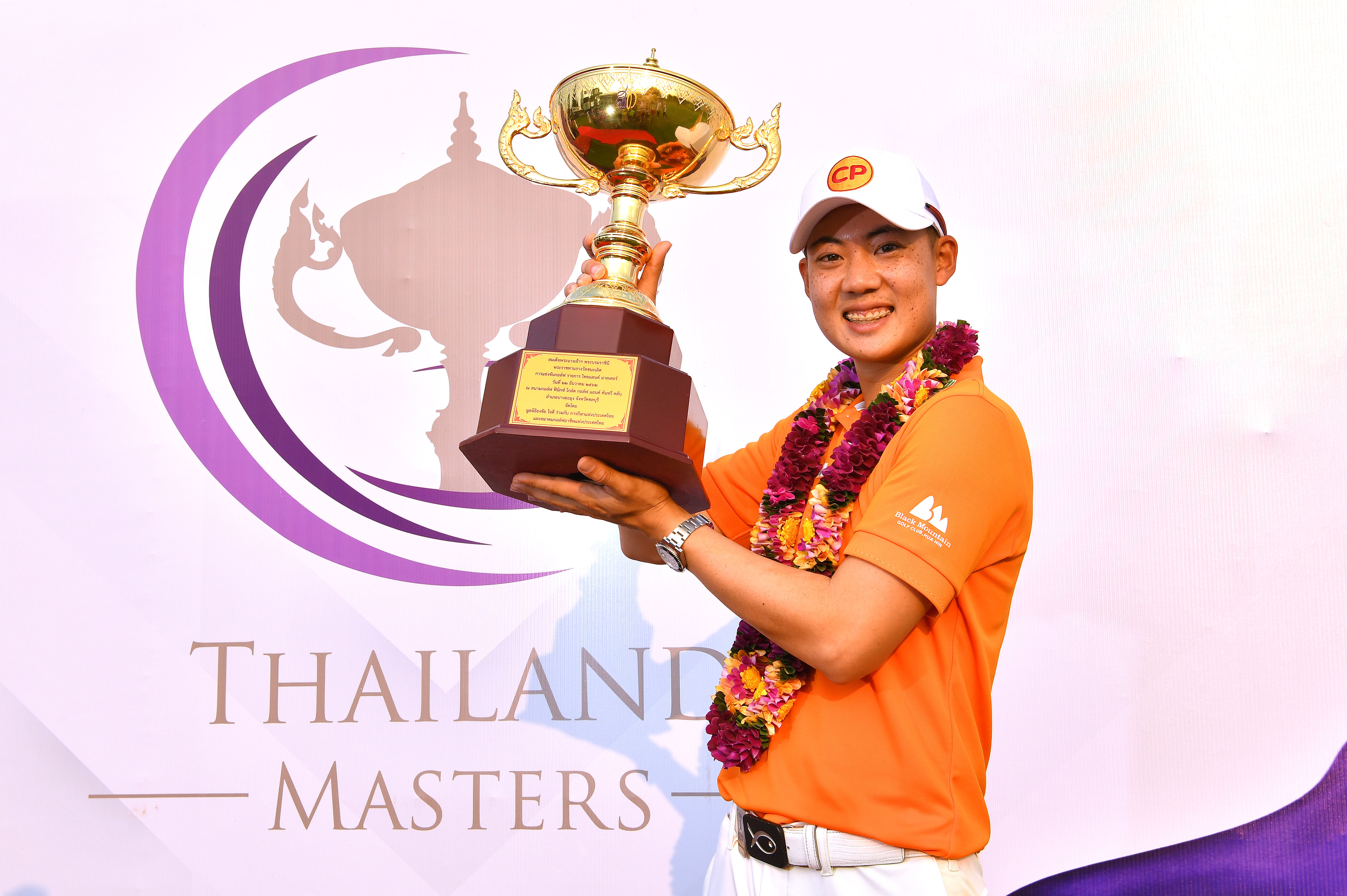 Jazz Janewattananond of Thailand pictured with the winner’s trophy during the final round of the Thailand Masters, promoted by the Jaidee Foundation at the Phoenix Gold Golf and Country Club, Pattaya, Thailand. Picture by Paul Lakatos/Asian Tour.

Thailand’s Jazz Janewattananond signed off from his 2019 Asian Tour season just like the way he started when he cruised to a commanding five-shot victory at the Thailand Masters.

“It has been a stunning year for the 24-year-old as he triumphed again for the second time in two weeks after closing with a six-under-par 65 at the Phoenix Gold Golf and Country Club.

“It’s a huge honour to win on home soil and especially at an event promoted by the Jaidee Foundation. To be honest, I didn’t expect to win last week as I was not feeling too well as it was really cold in Japan and I had to adjust myself back to the weather conditions in Indonesia. I was struggling at the start of the week. It was the same this week too as I was really tired. But I guess it was about survival as I was in the zone and didn’t want to think too much about my score. It is indeed a very good year. I had four wins this year and I ended the year the way I started. I don’t think I was actually cruising towards another win today as I was really tired and made some silly mistakes. But I managed to recover well and it was really nice to close with round with that long birdie putt from 15 feet. I set myself small realistic goals so that I can achieve them and I’m glad I managed to achieve that this week,” said Janewattananond.

Jazz got off to a flying start when he won the Asian Tour’s season-opener in Singapore in January. 12 months later, he would end the year by capturing his sixth Asian Tour title and fourth this season on home soil.

Jazz’s winning total of 23-under-par 261 at a venue which he won before too meant he will break into the top-40 on the Official World Golf Ranking (OWGR), a target he had set out to achieve at the start of the week.

Compatriot Suradit Yongcharoenchai tried to surmount a late challenge by firing seven birdies and one eagle for a 62 but it was still not enough to catch the 2019 Asian Tour Order of Merit champion on a day where he was simply unstoppable.

Surdait ended his last event of the year by sharing second place with compatriot Phachara Khongwatmai and Belgium’s Thomas Detry while American Berry Henson also enjoyed his second top-10 of 2019 with a tied-seventh finish at the Thailand Masters.