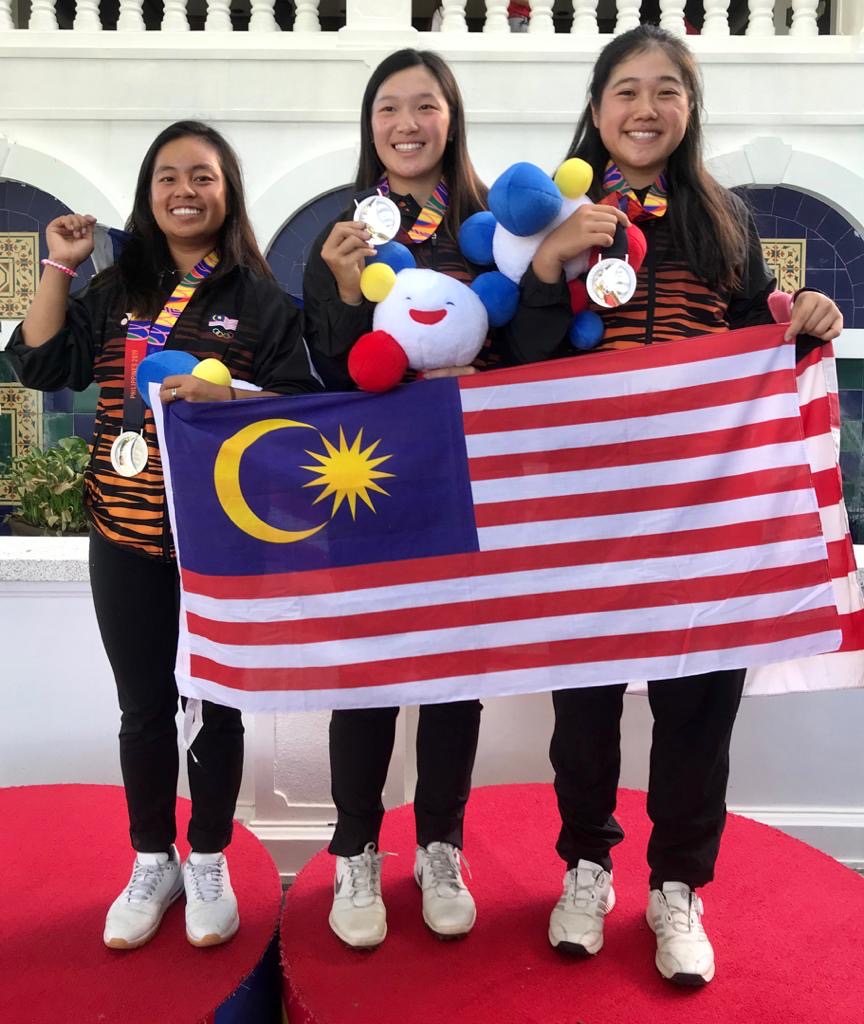 Just the day before, Natasha showed nerves of steel during the sudden-death playoff at the 18th to sink a 10-foot birdie putt pulling off a stunning victory over world number one Atthaya Thittikul making it into the finals.

The last time the Malaysian women’s golf team won the gold medal was 18 years ago and it was delivered by none other than their current national coach Lim Ai Lian together with Lim Siew Ai, who later joined the pro ranks and played on the LPGA Tour and Irene Yeoh.

Malaysia went down 0.5-1.5 to the hosts’ with Bianca Pagdanganan, the individual gold medallist winning 3 and 2 over Natasha while Lois Kaye halved the second match with Ashley to the win.

Coach Ai Lian praised the efforts of Natasha and Ashley.

“Ashley did a good job coming from two down after four holes and then fought all the way until the end. We came close on the 17th and it would have been nice if the putt went in. But what mattered most is that they gave it their best.”

Sadly, the men team comprising of Ervin Chang, K. Rhaasrikanes and Adam Arif Madzri didn’t fare as well. They were beaten in the quarterfinals 1-2 by the Philippines. The last time Malaysia won the men’s team gold medal was in the 2001 Games in KL through Airil Rizman Zahari, S. Sivachandhran, Shaaban Hussin and Sahal Saedin.