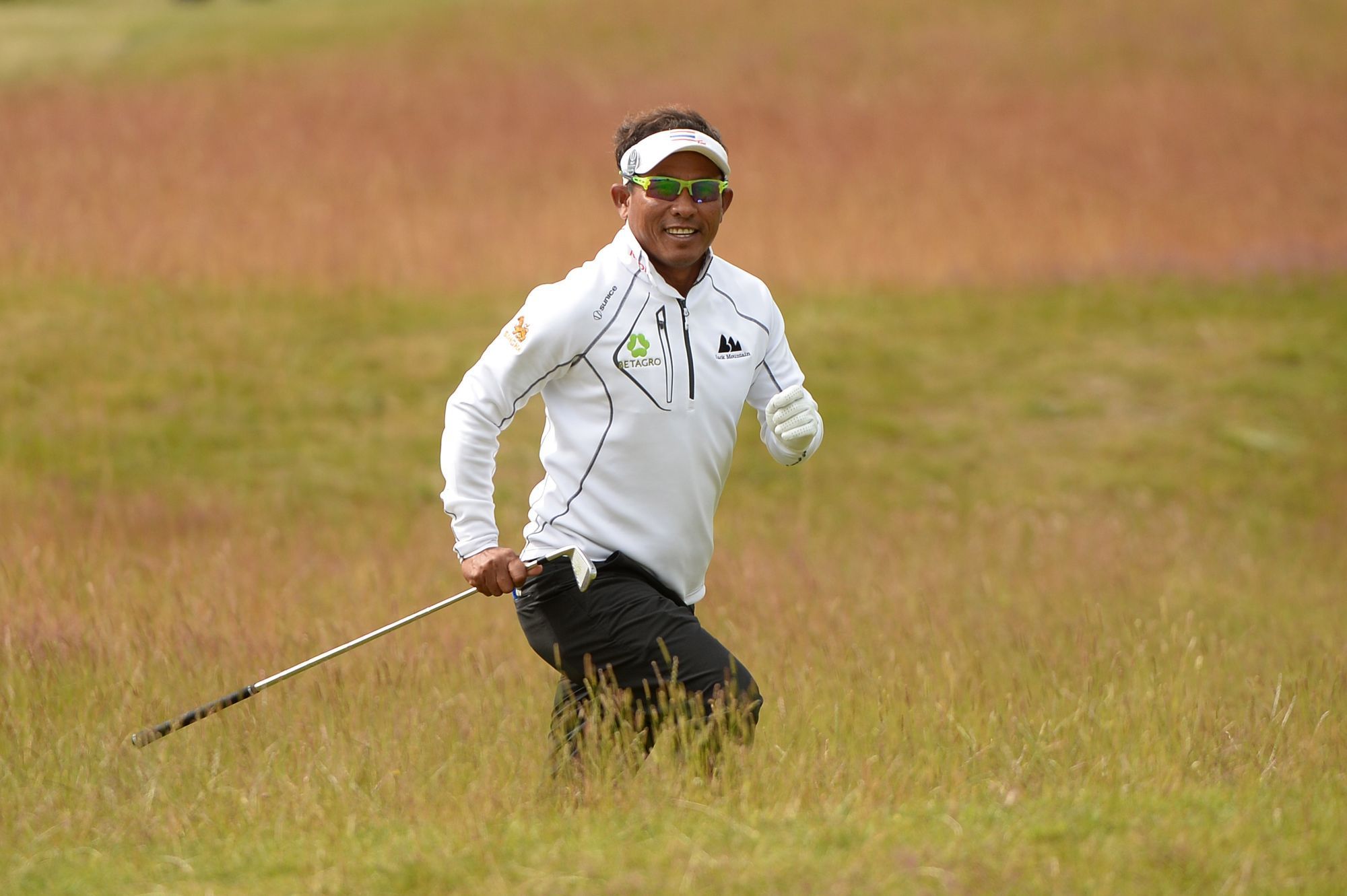 Thailand’s Thongchai Jaidee shot a brilliant final round 9-under 62 to earn full exempt status for the 2020 PGA Tour Champions after he finished second in the Qualifying Tournament Final Stage.

The three-time Asian Tour No. 1 and eight-time European Tour winner entered the last day outside the top-five which rewards players with full playing rights on the Champions and Thongchai, the first Thai player to play in the Presidents Cup in 2015,  made the biggest final-round jump as he improved from T11 overnight to second with a 16-under total. He carded five birdies and two eagles on the ninth and 17th holes in his final 18 holes. He had carded earlier scores of 67, 71 and 68.

Shane Bertsch made a six-foot par putt on the 18th hole to complete a final-round 65 and pip Thongchai by one stroke with a 17-under total. Apart from Bertsch and Thongchai, the next three players on the leaderboard are Sweden’s Robert Karlsson, Robin Byrd and Australia’s Stephen Leaney.

Karlsson was the 54-hole leader and earned one of the five cards after a final-round 69 gave him a third-place finish at 14-under. An 11-time winner on the European Tour, Karlsson was selected by Padraig Harrington to be a vice-captain at the 2020 Ryder Cup.

Thongchai, the leading career money earner on the Asian Tour, won First Stage in California by three shots with a four-day score of 13-under. He turned in rounds of 61-73-71-66, making eight birdies and an eagle to turn in the opening round 61. He has been a staple on the Asian Tour for a long time, collecting 13 wins, second most all-time behind countryman Thaworn Wiratchant. He also has eight career wins on the European Tour. The Thai legend turned 50 in November.