The future of Chinese golf will be on full display when Bo Jin and Andi Xu represent China and the International Team at the Junior Presidents Cup at The Royal Melbourne Golf Club in Melbourne, Australia on December 8-9.

The teenaged duo are amongst five Asian junior golfers, including India’s Kartik Sharma, Chinese Taipei’s Chuan Tai Lin and Korea’s Jang Hyun Lee, selected to compete in the two-day competition against the United States Team in what is the prelude to the Presidents Cup which takes place at the same iconic venue from December 9-15.

While Haotong Li, China’s No. 1, will feature in the showpiece event, all eyes will be on Jin and Xu, both 17, as they have been touted as rising stars in the game. 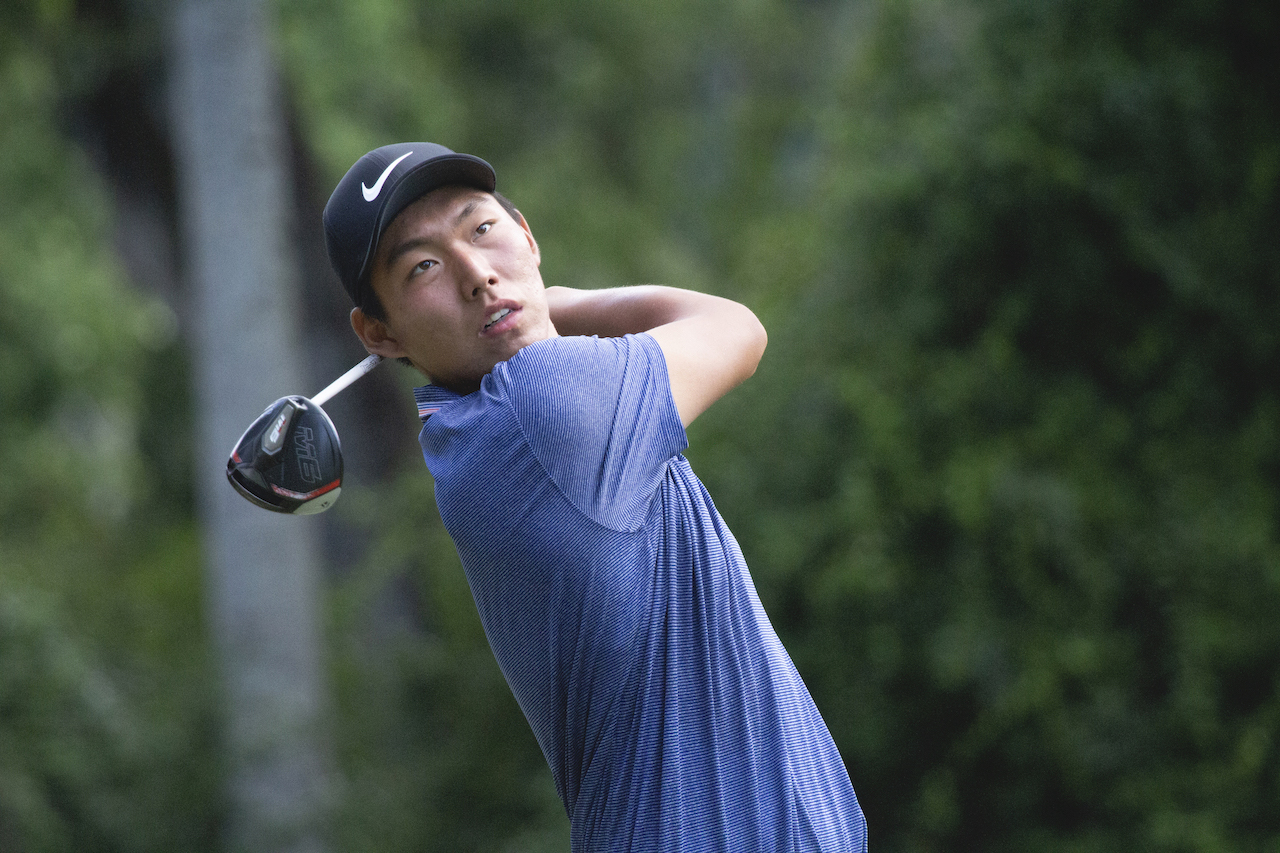 Jin, who hails from Beijing, was a finalist at the U.S. Junior Amateur this year and also finished third at the Junior Players Championship. He has verbally committed to Oklahoma State University, which alumni include PGA Tour stars Rickie Fowler, Charles Howell III and Viktor Hovland.

“It’s definitely a great honour. It’s always been one of my goals to play in the Junior Presidents Cup and it’s great to have the opportunity to represent my home country and the International Team,” said Jin.

He comes from a family with some golf pedigree. His brother Cheng Jin was the winner of the 2015 Asia Pacific Amateur Championship, which earned him a start in the Masters Tournament in 2016, and also won on the PGA Tour Series-China in 2014 as an amateur.

Jin is excited at the opportunity to play under the captaincy of Stuart Appleby of Australia, a nine-time PGA Tour winner and five-time International Team member in the Presidents Cup. He is also keen to tackle the challenging Alister MacKenzie-designed Royal Melbourne masterpiece.

“It’ll be an honour being part of Stuart’s team. I’m sure he’ll share his experiences with us and show what it’s like to play alternate shot and the strategies required for match play,” said Jin, who lists Tiger Woods as his role model. “My brother has been down there previously and says the golf course plays completely differently and I’m interested to see how it’ll work out.”

Ultimately, Jin hopes to find his way to the PGA Tour. “The goal is to make the PGA Tour and another goal is to play in the Masters, which will be awesome. My brother competed in the Masters after he won the Asia Pacific and I’ve set it as one of my goals to get there as well,” he said. 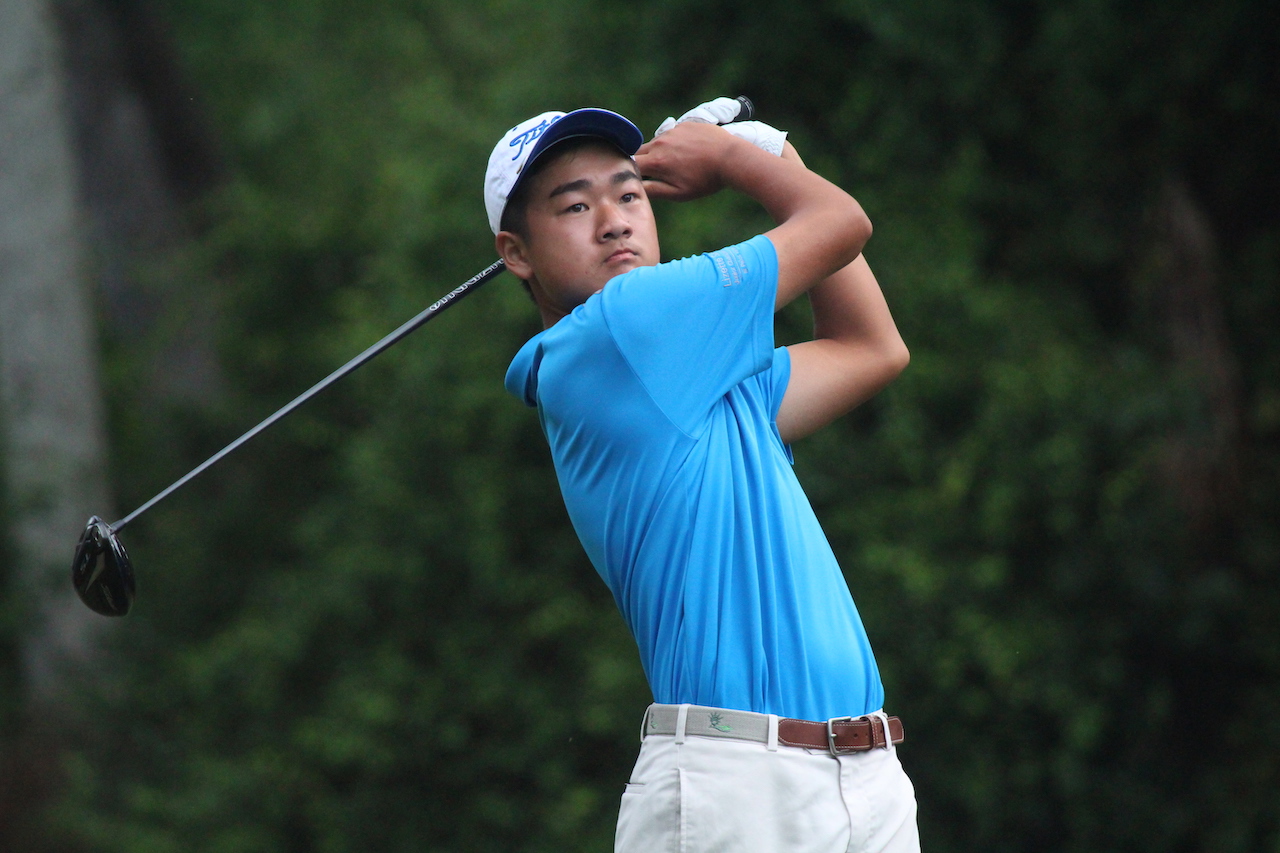 Xu, who has verbally committed to the University of San Diego, is equally excited at the opportunity to feature in the Junior Presidents Cup. “To represent the International Team is truly awesome. I’ve not been to Australia previously and I’m looking forward to the whole atmosphere and experiencing the culture,” said Xu.

“I would ask Stuart how to play well under pressure and how to manage it and turning that into something positive.”

Like Jin, Woods is also Xu’s idol. Woods, an 82-time PGA Tour champion, will become only the second playing captain in the Presidents Cup when he leads the U.S. Team against an Ernie Els-led International Team next week. “He’s a legend, he’s just incredible,” said Xu. “He’s dominated for so many years and he’s my favourite player.”

He hopes to also feature on the PGA Tour in a few years’ time. “I feel that if I keep grinding and work hard every day, I feel that it’s definitely possible. I feel you can’t force it and you just have to trust the process. It’ll eventually come,” said Xu, who hails from Guangzhou.

“I want to improve my overall health and fitness level. I didn’t work out previously and now I realise how important it is to get fitter and to be able to hit it far is very important. I’ve been working on my overall physical health and minding my nutrition as well.”