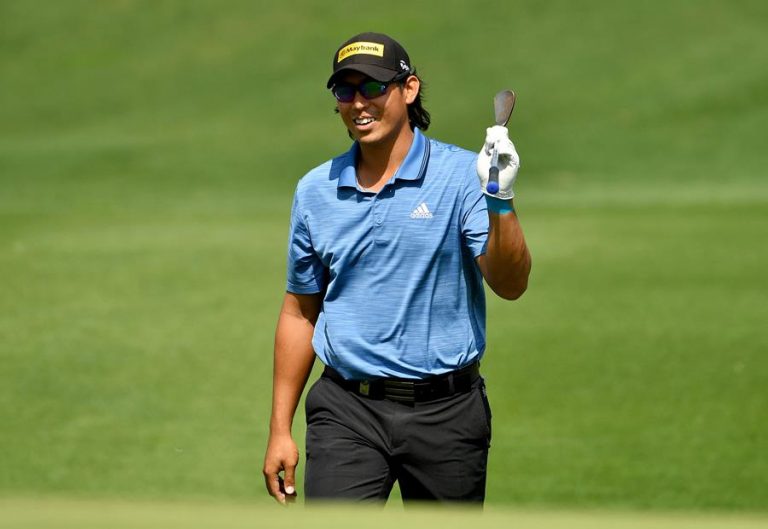 Malaysian ace Gavin Green will lend his star credentials to the PGM Maybank ADT Championship when it gets underway at the Saujana Golf and Country Club on Wednesday.

The 26-year-old, who is the ASEAN ambassador of the Malaysian banking giants Maybank, will make his first Asian Development Tour (ADT) appearance in more than two years when he headlines the US$54,000 tournament, which is the penultimate stop of the season.

Green, who has been mainly competing on the European Tour this season, is thrilled to be playing again in the region’s secondary circuit where he had won three times, including being the first amateur winner following his victory in 2014.

Green secured his Asian Tour promotion by finishing second on the ADT Order of Merit in 2016 and his career has gone from strength to strength ever since.

He impressed right away in his debut season, bagging a title and three runner-up finishes to be crowned the 2017 Asian Tour Order of Merit champion.

“It will certainly bring back some good memories, the ADT was where it all started for me after I turned pro in 2015. I’m happy to be able to play this week.

“It’s a great circuit and very competitive too,” said Green, who has also signed up for next month’s Thailand Masters on the Asian Tour as he seeks to end the year on a high.

The world No. 243 Green is also eyeing the Official World Golf Ranking (OWGR) points at stake in the tournament to boost his position whilst doing his part for Maybank.

“I will certainly not say no to the ranking points. However, more importantly, this is the Maybank leg of the ADT and it’s a good opportunity for me as their ASEAN ambassador to play in this event.

“It will be nice to do well as this will definitely help in preparing for the Maybank Championship next year. I like this (Palm) course and I had a lot of good memories playing here,” said Green.

The local contingent also comprises of newly-wed Nicholas Fung and Ben Leong, both winners on the Asian Tour.

They will battle for the US$9,529 top prize with the likes of Japanese duo – current Order of Merit leader Naoki Sekito and last year’s champion Shinichi Mizuno, as well as the other top performers of the season such as Thailand’s Pannakorn Uthaipas, England’s Steve Lewton and American Trevor Simsby.

But all eyes will be on Sekito, who is hoping to edge closer to the Order of Merit victory with yet another strong result.

Sekito was playing catch up in second place to Korea’s Joohyung Kim before the latter’s made his Asian Tour breakthrough at the Panasonic Open India a fortnight ago.

Having secured his Asian Tour card for 2020, the 17-year-old teen sensation will no longer feature on the ADT Order of Merit as he will not be eligible for any of the remaining ADT events this season.

“I didn’t expect to be back on top again! Fortunately, my friend Kim earned Asian Tour breakthrough recently and this paved way for me to lead the money list once more, after losing it to Kim earlier on.

“I was so happy for Kim and he inspired me a lot. I’ve played with him in a lot of tournaments this year and the guy has already won on Asian Tour! I feel like I’m not too far from it too.

“But for now my goal is to win the OOM to secure a better exemption status on Asian Tour next year.

“I know I’m getting close to it and just need solid finish this week. No Japanese has done it before, so I’ll be so happy if I can accomplish the goal for my country,” said Sekito.