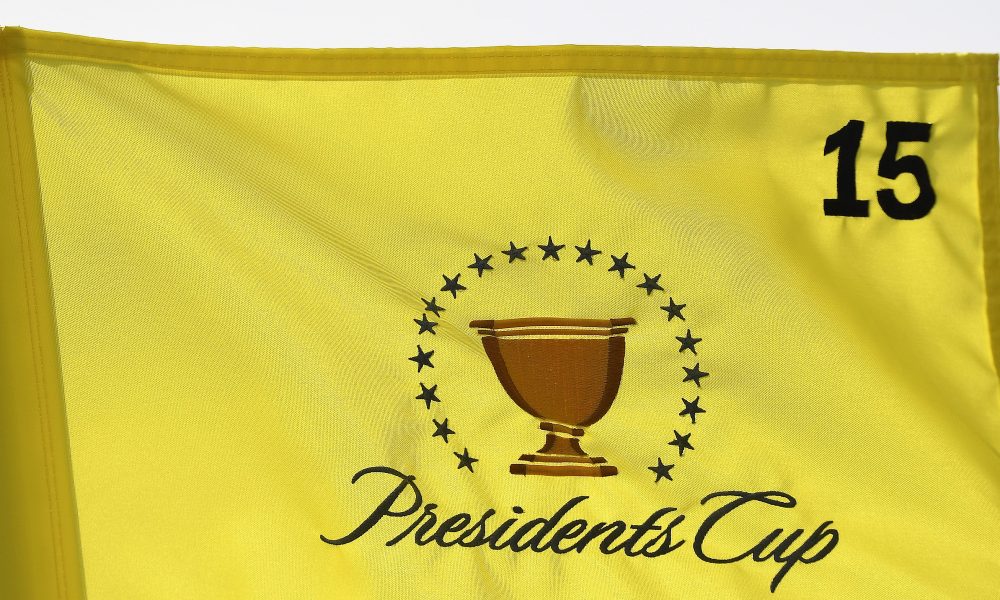 With the 13th Presidents Cup set to begin in just over a month at The Royal Melbourne Golf Club, the final four players for the International Team were determined today as International Team Captain Ernie Els announced his captain’s picks. Els chose Jason Day of Australia, Adam Hadwin of Canada, Sungjae Im of Korea and Joaquín Niemann of Chile.

For the first time in Presidents Cup history, each captain makes four captain’s picks instead of two. Captain Els will lead the youngest International Team in Presidents Cup history, with the average age of his 12 players totalling just over 29 years old. This is also the fourth consecutive International Team that has been younger than the previous team.

With these picks, this will also be the most diverse International Team in Presidents Cup history, with players from Australia, Canada, Chile, China, Chinese Taipei, Japan, Korea, Mexico and South Africa. This is the first time that the International Team will include players from China, Mexico, Chinese Taipei and Chile. Host country Australia has four players set to compete at Royal Melbourne, with Day joining Marc Leishman, Adam Scott and Cameron Smith.

The International Team also has 22 previous Presidents Cup appearances amongst its members with six players making their Presidents Cup debuts, which matches the second-most first-timers in team history (7, 2013). 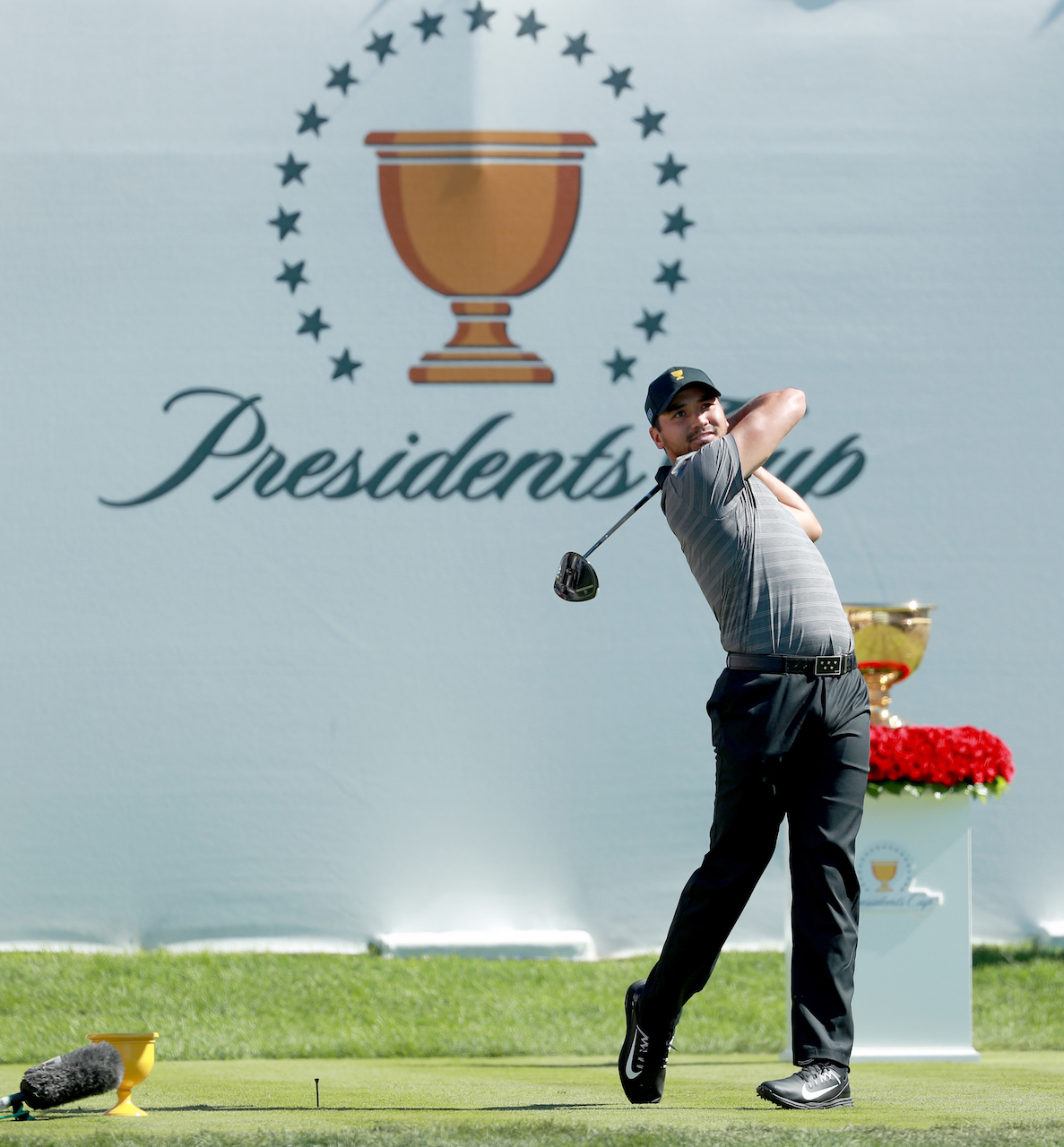 Jason Day (Finished No. 9 in the International Team standings) will return for his fifth consecutive Presidents Cup and first as a captain’s pick. The former world No. 1 and Beaudesert, Queensland, native rounds out the Australian contingent of the International Team made up by Marc Leishman (No. 1), Adam Scott (No. 4) and newcomer Cameron Smith (No. 8).

Day owns a 5-11-4 Presidents Cup record but has had plenty of success in match play elsewhere on the PGA Tour, having compiled a 22-14-0 record and two victories (2014, 2016) in the World Golf Championships-Dell Technologies Match Play.

After narrowly missing out on one of the eight automatic qualifying berths, Day will return to the site of his Presidents Cup debut at Royal Melbourne in 2011, where he finished with a 1-3-1 record. Day competed at Royal Melbourne two years later in the 2013 World Cup of Golf and teamed with Scott to successfully defend on their home soil.

“He’s won 12 times on the PGA Tour. He’s played in four Presidents Cups. He’s going to come down to Australia as a hometown hero,” Els said. “You know, he won twice in 2018. Five Top-10s this season, including a fifth at the Farmers (Insurance Open) and a fourth at Pebble Beach, and eighth place at The Players Championship, fifth at the Masters.

Adam Hadwin (No. 18) will make his second consecutive Presidents Cup appearance and first as a captain’s pick. The 31-year-old finished the 2018-19 PGA Tour Season with five top-10s but made his best case for a captain’s pick after finishing runner up in his first start of the 2019-20 season at the Safeway Open, which was then followed with a T4 at the Shriners Hospitals for Children Open.

Hadwin finished with a 0-2-1 record in his Presidents Cup debut at Liberty National.

“With this Presidents Cup approaching and me starting to play some good golf again, I was just hungry for a second chance,” Hadwin said. “That’s not how I would like my contribution to the Presidents Cup to be remembered and I’m looking forward to having a second chance down at Royal Melbourne, a part of an incredible International Team, and hopefully we can right some of the wrongs that we’ve had in the past and do Captain Els proud.”

“Adam was such a great member of our team the last time under Captain Price’s leadership in New York,” Els said. “You know, I loved the way he interacted with the team. He’s got an all-around great game, especially for our team formats in the first four sessions, and he’s had a very consistent year. You know, five top-10s, he finished second in the Desert Classic, sixth in his home country, his home open, Canadian Open, and lately he’s been playing well, fourth at Safeway and Shriners.” 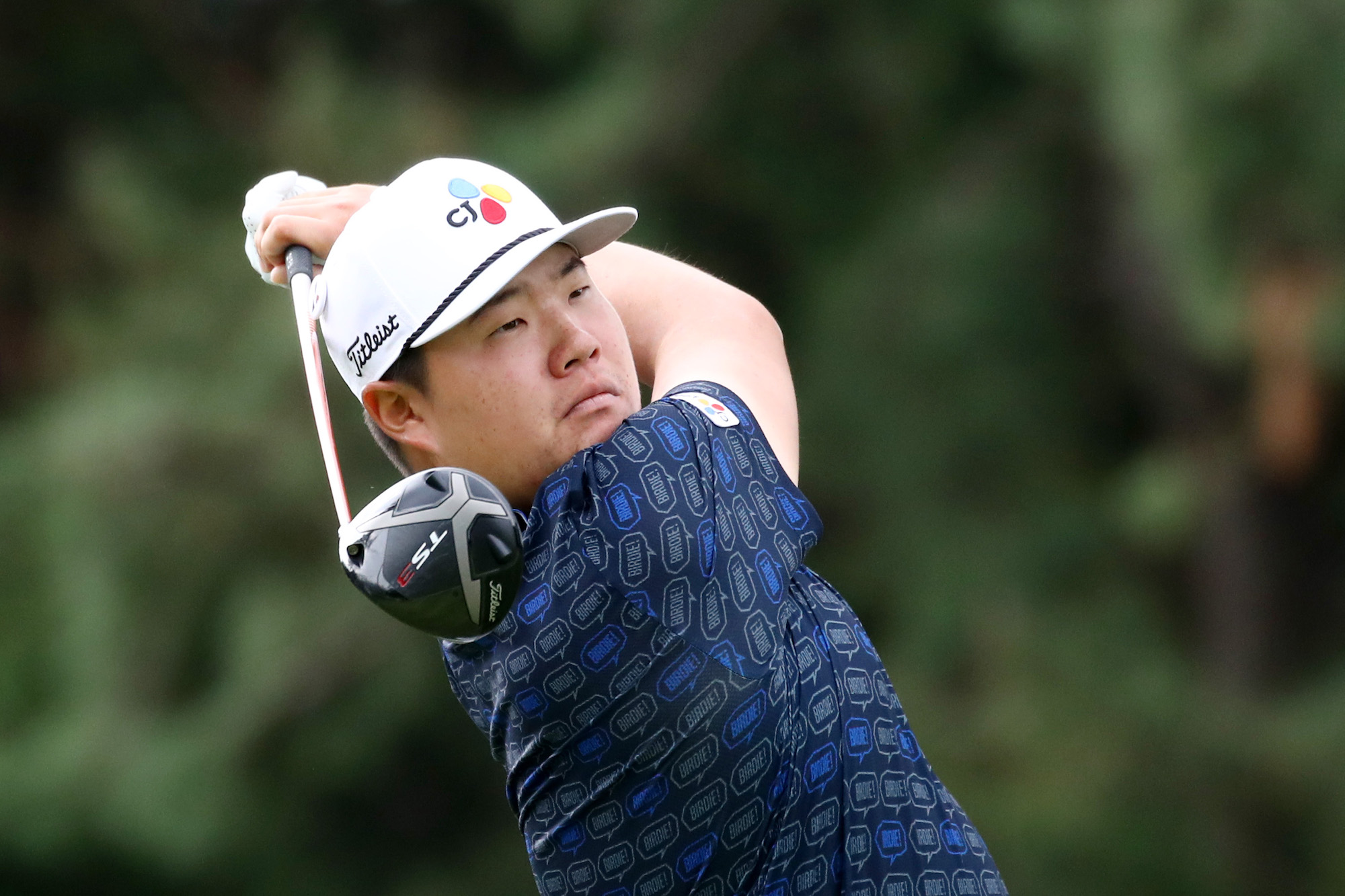 Korea’s Sungjae Im (No. 11) will continue a memorable first year on the PGA TOUR by making his Presidents Cup debut. The 21-year-old’s stellar rookie season was highlighted by 16 top-25 finishes in 35 starts, a trip to the Tour Championship as the only rookie in the field and earning the Arnold Palmer Award as the PGA Tour Rookie of the Year.

Im continued his strong form into the early stages of the 2019-20 PGA Tour Season, collecting top-5 finishes at the Sanderson Farms Championship (2nd) and the Zozo Championship (T3) to further convince Els that he deserved a captain’s pick.

“It has always been a dream of mine to make the Presidents Cup, so I’m so happy to have been chosen as a captain’s pick,” Im said. “I really want to beat the United States team. There were so many great players that could’ve been picked, so I’m really thankful that Captain Ernie Els chose me. I watched [the 2015 Presidents Cup] from home on the TV when I was in South Korea. It motivated me a lot to make the International Team one day.”

“He’s our Rookie of the Year on the PGA TOUR,” Els said. “He’s had one hell of a year, lots of top-10s. Played his way on the team with his consistency and coming to the meetings and showing a lot of spirit with the other players,”

Joaquín Niemann (No. 28) will have added reason to celebrate his 21st birthday on today (November 7) after being named to his first Presidents Cup team. The former world No. 1-ranked amateur will be the first player from Chile to compete in the Presidents Cup after becoming the country’s first PGA Tour winner with his victory at A Military Tribute at The Greenbrier in September.

Niemann earned his PGA Tour card at 19 years old and enjoyed a successful first full season on the PGA Tour in 2018-19 that yielded four top-10 finishes in 28 starts. His win at the 2019-20 season opener was a coming-out party for the young talent, who turned a three-stroke 54-hole lead into a six-stroke victory with a final-round 64.

“I was really excited. I was looking forward to this week because I was going to get the call and didn’t know if I was going to make it or not and also because it is my birthday,” Niemann said. “This is really big for my country and South America. Golf has been growing a lot in Chile and this is going to help those kids who are growing up and starting to play the game. I just can’t wait to get down to Australia and hopefully have a good week.”

“What a great kid. I want to call you kid, you’re my daughter’s age, but you played like a grown man this past season,” Els said to Niemann during a teleconference. “Winning your first event on the PGA Tour as a Chilean player at the Greenbrier, that solidified you in my view.

“Obviously in 2018, you came out as a young guy, and had so many Top-10 finishes and didn’t even have to go to the Korn Ferry Tour to get your card, and you automatically got on to the Tour. So I knew you were a special player then, and you definitely solidified it since the summer this year.”

For more information about the 2019 Presidents Cup, please visit PresidentsCup.com.