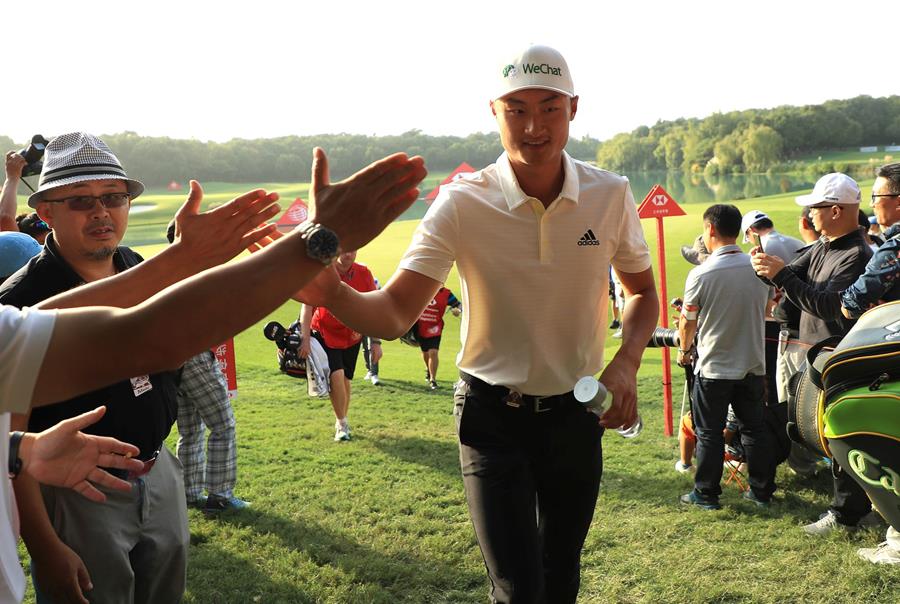 China’s Li Haotong fired a spectacular eight-under-par 64 to become the first-ever Chinese to hold the opening round lead at a World Golf Champions event when the WGC HSBC Champions got underway on Thursday.

With a passionate home crowd backing him at the Sheshan International Golf Club, Li did not disappoint them as he mixed his card with seven birdies, one eagle and a bogey to take a one-shot advantage over France’s Victor Perez.

Li gave his fans a lot to cheer about when he opened with two birdies on 10 and 11 in his back-nine 10.

After making three more birdies on holes 14, 17 and 18, he dropped his only shot of the day on the par-four first before providing one of the loudest cheers of the day with his eagle on the second hole.

The Chinese then added two more birdies on the third and eighth hole to stake his place atop the leaderboard after the first round.

Perez, who is making his WGC debut after claiming his maiden European Tour victory in Scotland last month, carded two eagles en route to a 65 while defending champion Xander Schauffele of the United States was tied for fourth with Korea’s Sungjae Im, Australia’s Adam Scott and England’s Matthew Fitzpatrick.

Asian Tour Order of Merit leader, Jazz Janewattananond of Thailand signed for a 70 to start his maiden WGC appearance in tied-26th place, six shots back of Li.