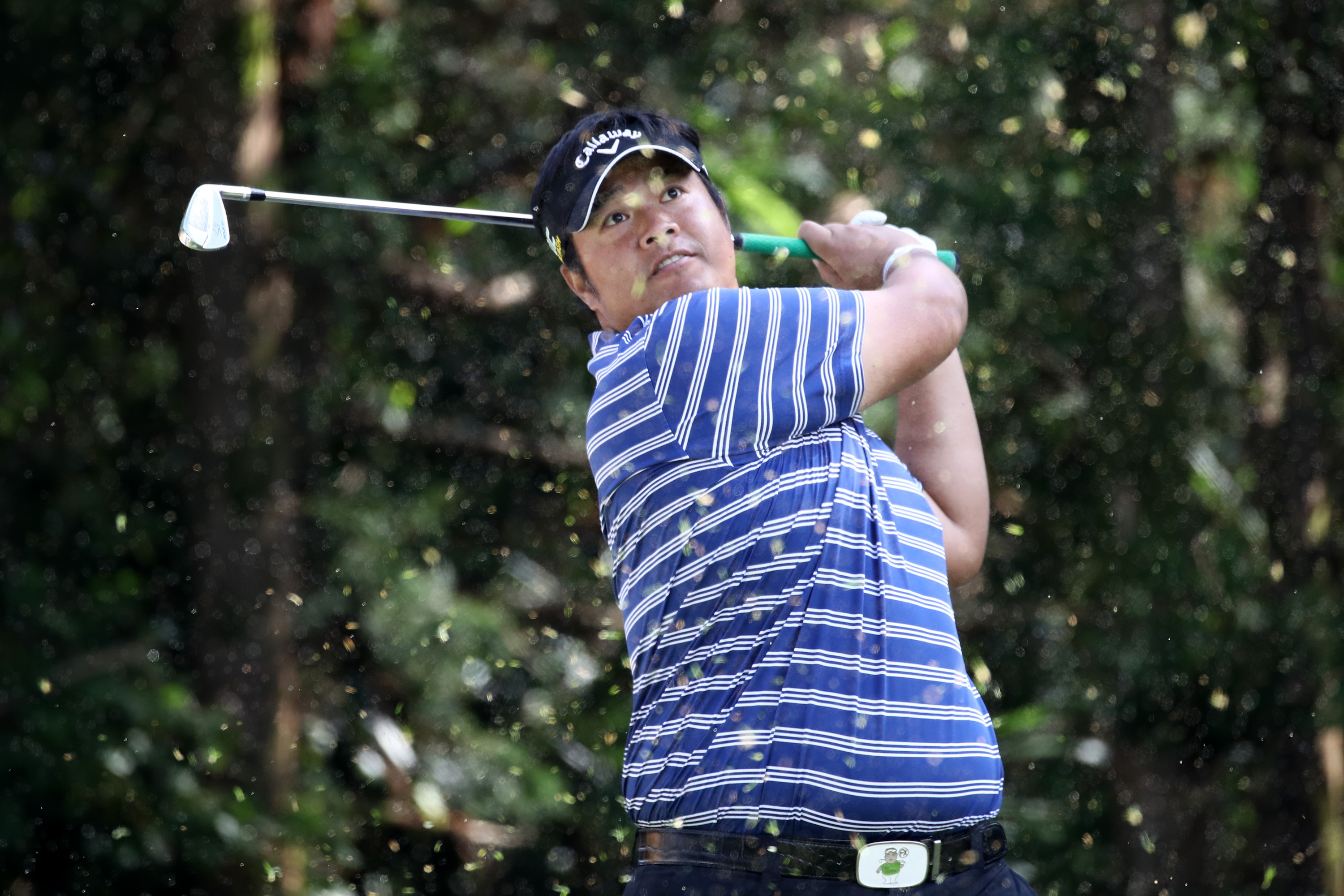 Kiradech Aphibarnrat of Thailand hits his tee shot on the 7th hole during the first round of the CJ Cup @Nine Bridges at the Club at Nine Bridges on October 17, 2019, in Jeju, South Korea. (Photo by Chung Sung-Jun/Getty Images)

Kiradech Aphibarnrat saved his best for last by firing an eagle on 18 for a closing 3-under 69 to secure a top-10 finish at The CJ Cup @ Nine Bridges on Sunday.

The Thai star overcame a wobble at the end of his final round at The Club @ Nine Bridges by sticking a superb seven-iron approach shot to three feet of the flag of the par-5 18th hole. He was four-under through 13 holes but dropped shots on 14, 15 and 17 and bounced back for his last-hole heroics.

“It’s the first time I hit driver off to the left, just take the fairway on. Left me like 207 yards, I had a good line downwind and hit 7 iron to three feet. I needed it actually,” said a relieved Kiradech, who finished T8 in Korea’s only PGA Tour tournament.

“I’m playing fantastic golf, I just got disappointed in the last five, six holes. My putting was looking good all day.  Started with the par on one, birdie on two and three and just quiet in the middle, and then birdied 10, 11 and was on fire again. I made a mistake on 12, duffed my second shot and got par, which is quite disappointing. And then three bogeys in four holes, which was killing me. I feel I left a couple of shots out there. I’ve been away from the game for a while so it’s good to be back playing well again. But obviously top-10 in this week will bring a lot of confidence back,” added the Thai star, who finished 83rd in last season’s FedExCup points list.

The burly Kiradech will have two weeks off as he did not get into the field for the PGA Tour’s first event in Japan, the Zozo Championship, and China’s World Golf Championships-HSBC Champions. He hopes to use his time off to nurse his ailing right knee where he has partially torn ACL.

“I know that I might not be going to play a lot after this. I just want to keep the feeling the best I’ve been playing and hopefully, my knee will get fixed and I will come back and start hunting again. I believe I’m not really far off with the way I’m swinging the club, with the way my team is working with me. We are doing great,” he said. 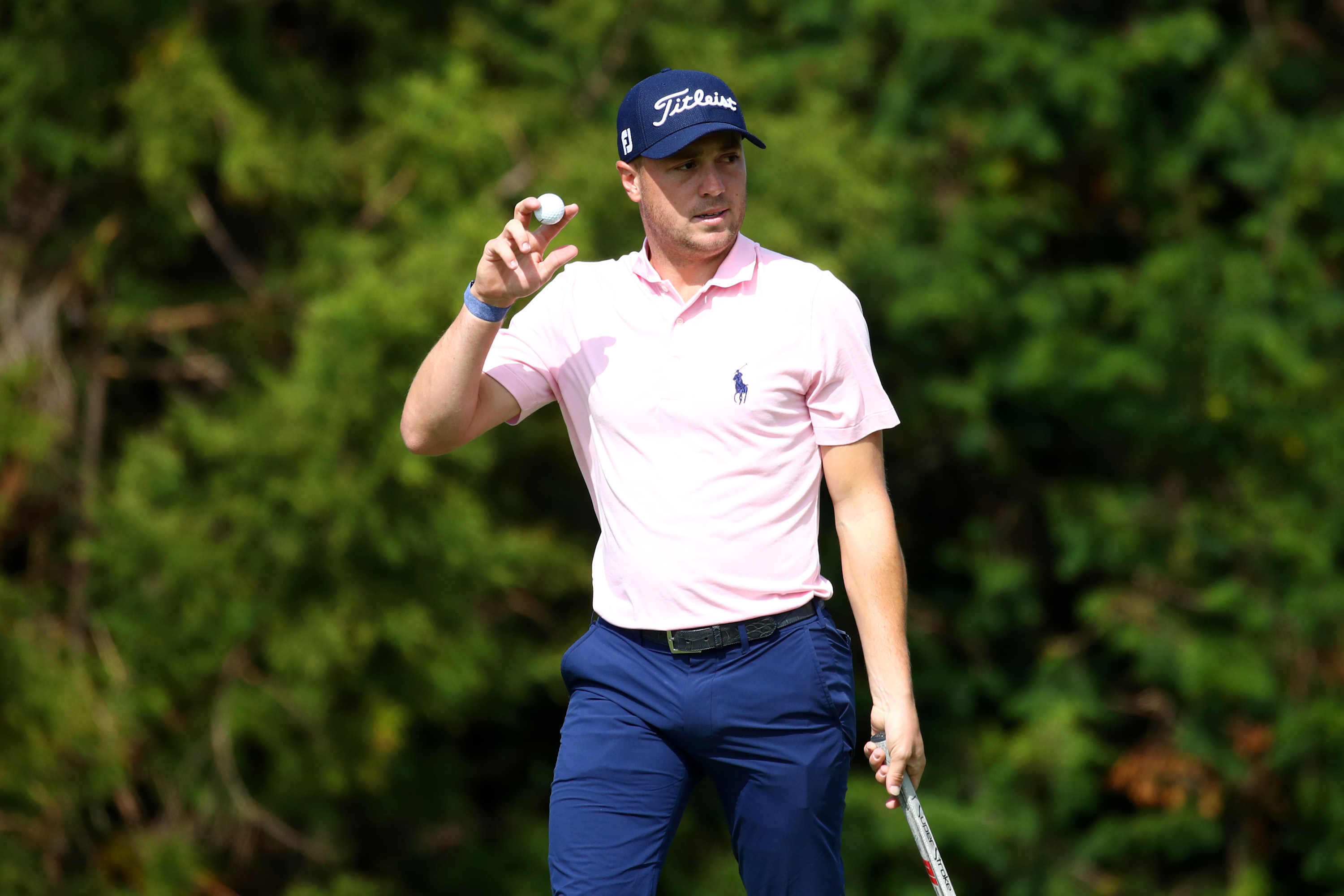 Justin Thomas of the United States acknowledges the gallery after the birdie on the 8th green during the final round of the CJ Cup @Nine Bridges at the Club at Nine Bridges on October 20, 2019, in Jeju, South Korea. (Photo by Chung Sung-Jun/Getty Images)

Kiradech totalled 12-under 276, courtesy of four straight 69s, for the week and finished eight shots back of winner Justin Thomas, who claimed his second CJ CUP title in three years. Thomas, who will move to third place in the latest FedExCup standings with his 11th career win, shot a closing 67 to win by two shots from Danny Lee of New while Japanese star Hideki Matsuyama finished tied third after a closing 65 alongside U.S. Open winner Gary Woodland and Australia’s Cameron Smith.

Thailand’s Jazz Janewattananond finished his campaign with a 73 to finish T65. He will play in Japan and China over the next two weeks.