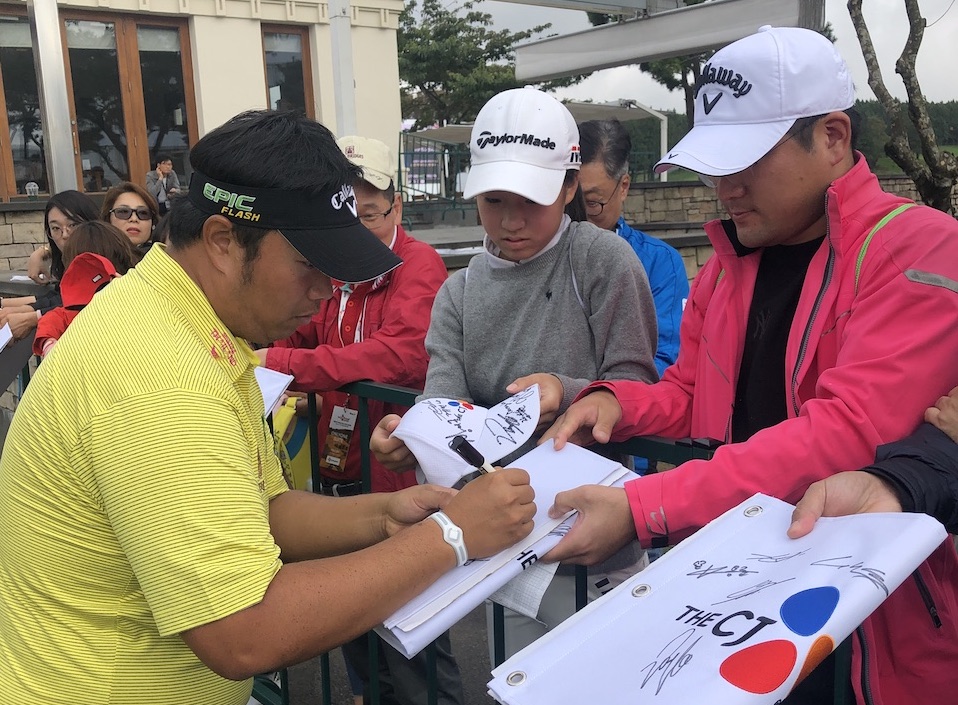 Thailand’s Kiradech Aphibarnrat produced a second straight 3-under 69 at The CJ Cup @ Nine Bridges to stay on the fringe of contention in Korea’s only PGA Tour tournament on Friday.

The 30-year-old enjoyed five birdies against two dropped shots in the second day for a 6-under 138 total which left him in T12, seven shots behind new leader Justin Thomas, who stormed up the leaderboard with a flying 63.

For the second day, fellow Thai Jazz Janewattananond carded a 74 to languish in T69  in the US$9.75 million PGA Tour tournament.

Kiradech, the only Thai playing full time on the PGA TOUR, turned in 34 before trading three birdies against two bogeys coming home. “You make birdie (on 18) before you walk away from the golf course is always good,” said Kiradech.

“Birdie at the start, birdie at the end was a good day. I got a little stuck in the middle of the round, just can’t hole a putt, but I’m in at 3 under. It is quite windy out there at the end. I mean, some hole we are hitting 9 iron into the green, but today turned out to be 4 iron.  The condition is totally different. Shoot under par every round is the goal for me this week.”

After finishing 83rd on the FedExCup points list in the recent 2018-19 season, Kiradech is hoping to make a bigger impact on the PGA TOUR although a lingering right knee injury has proven to be bane.

With the course at The Club @ Nine Bridges being hilly, it has been a tough walk this week for the burly Thai. “I think I’m swinging the club quite well.  I think it’s going to be how I manage my energy and how I manage the body. I think I’ve got to limit myself. I think if I control myself better, I still got a chance to get up on the top. The way I swing the club is lovely this week, I feel comfortable, and a lot of positive things in there,” said Kiradech.

“Every time I’m in the field, it’s going to hurt so bad … I just try to finish the round, just try to play my best golf. Yeah, I think the goal is just to keep the ball in play, make more putts and see how it’s going to come out.”

After needing 32 putts in round two, Kiradech hopes to get his putter warm-up ahead of the weekend rounds. “I feel I’m hitting a lot of great golf shots inside 20 feet, which is the best length for me to hole a putt, between 10 to 15 or 20 feet. I think the greens are quite tricky. Couple of lines I’m not matching with the speed. I have to work more on the putting greens afterwards,” he said.

“I just want to enjoy this game like I used to do. I’ve been struggling for the last six months and I’m not really enjoying my golf game at all, but now, I’m getting back and I really like the way I’m swinging the golf club.” 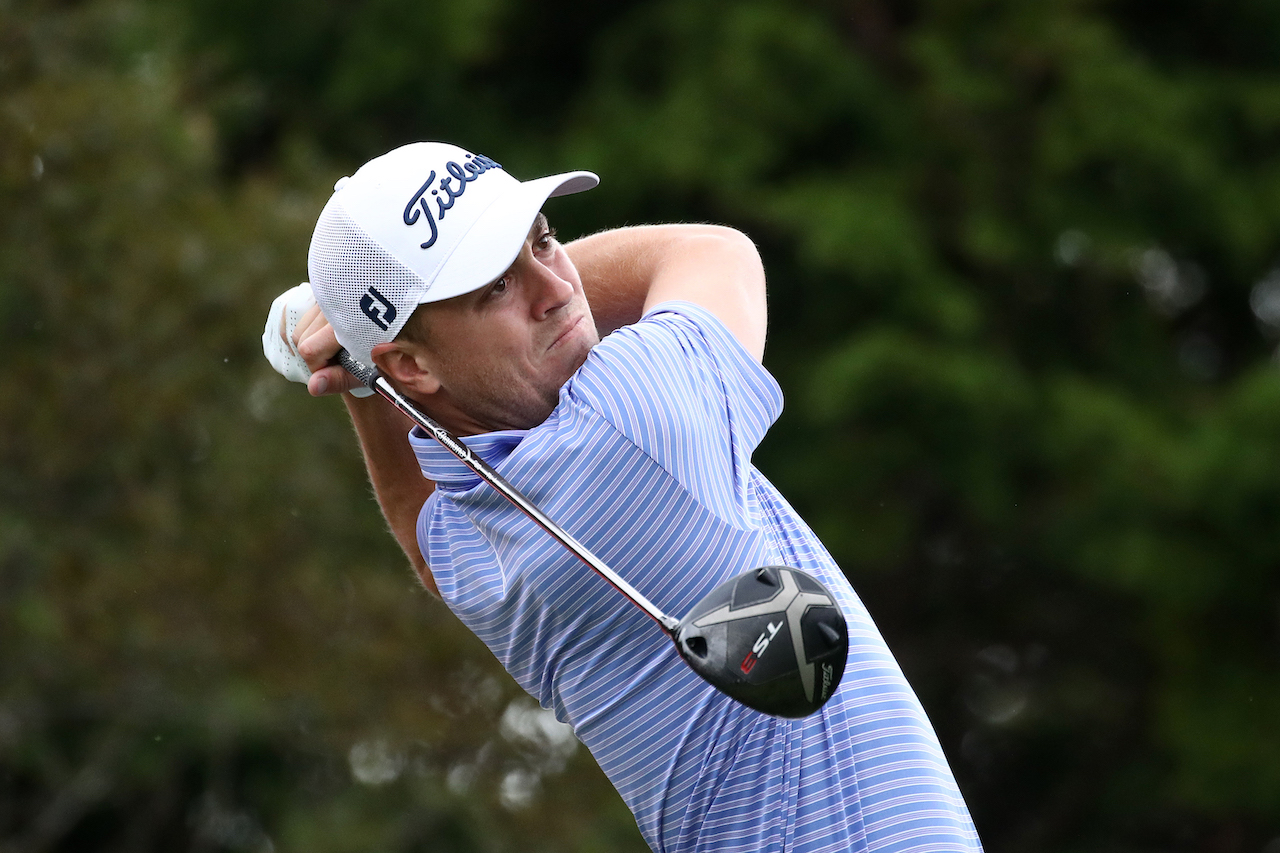 Justin Thomas of the United States plays a tee shot on the 3rd hole during the second round of the CJ Cup @Nine Bridges at the Club a Nine Bridges on October 18, 2019, in Jeju, South Korea. (Photo by Chung Sung-Jun/Getty Images)

American Justin Thomas carded a nine-under 63 to take the 36-hole lead by two shots at 13-under 131.

“I didn’t do anything unbelievably. It just was a very stress-free day. Obviously playing well, that makes it stress-free, but I just kind of kept the ball in play off the tee, hit some good irons. I think I hit every green and made a couple of putts early. And then the back nine, I got a few close to the holes where those birdies came easier.  So it just was a very easy 63 if you can somehow say that, but hopefully, we’ll be able to keep some of that going for the weekend.

“The one (63) two years ago, is probably better.  It was quite a bit windier if I remember correctly.  I mean, I’ll take 63 on any conditions on any course any day, but it was very, very benign out there.  There just wasn’t very much wind, which made it a lot easier to score.  I felt like when I had control of the ball like I did today, it made it quite a bit easier,” said Thomas after his round.