The 2022 Ryder Cup in Italy for the First Time 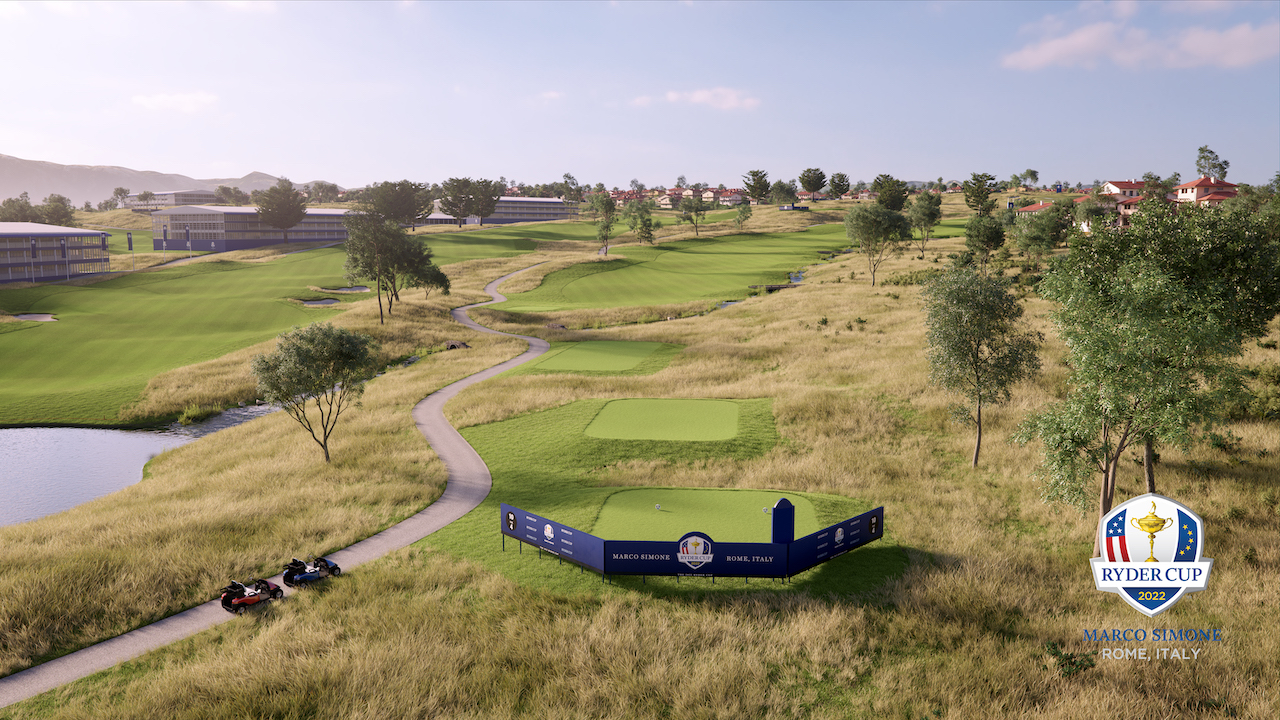 It will be the first time The Ryder Cup has been played in Italy, with the country following England, Scotland, Spain, Ireland, Wales and France as European nations to host the biennial contest between Europe and the United States.

The dates for the 2022 contest – which include the three build-up days of Tuesday September 27, Wednesday September 28 and Thursday September 29, 2022 – were confirmed by Ryder Cup Europe at the start of the Italian Open week, with six players from Europe’s victorious 2018 Ryder Cup Team – Paul Casey, Tyrrell Hatton, Francesco Molinari, Alex Noren, Ian Poulter and Justin Rose – in the field for the Rolex Series event, alongside the winning 2018 Captain Thomas Bjørn and the 2020 European Captain Padraig Harrington.

Marco Simone, which is on the outskirts of the Italian capital Rome, is currently undergoing an extensive renovation programme in preparation for hosting golf’s greatest team contest. 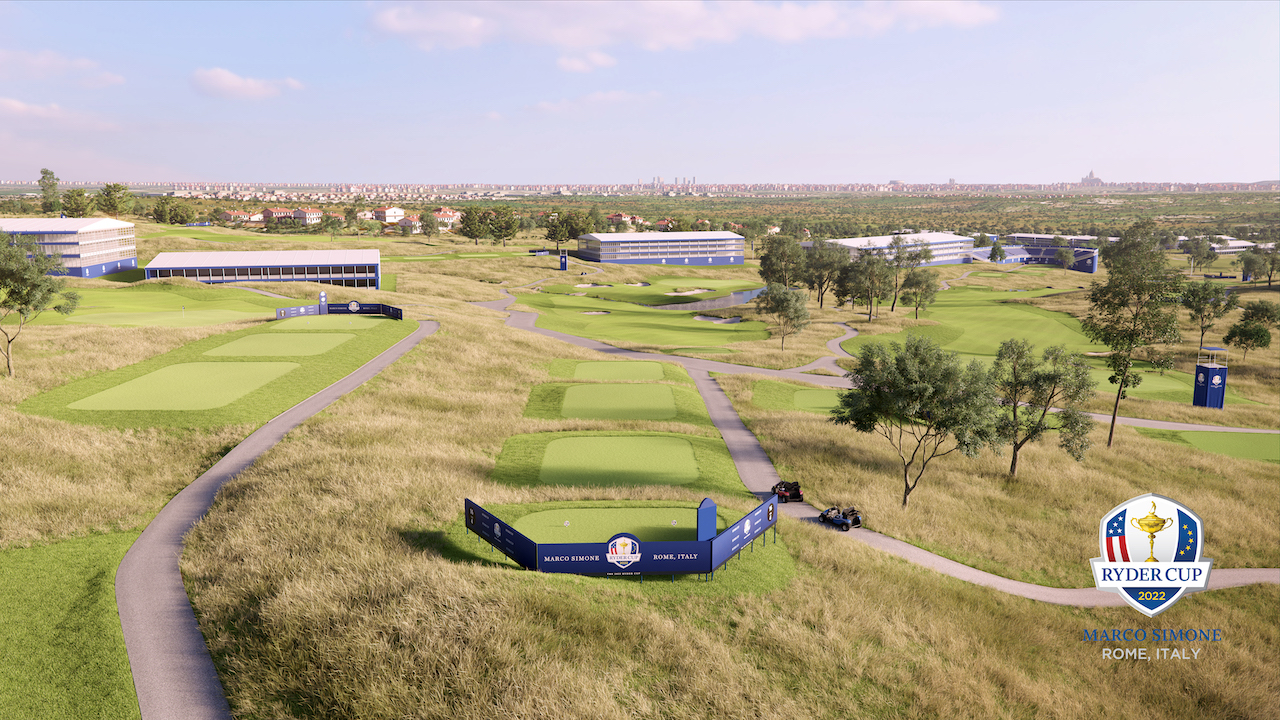 These graphics, in addition to a flyover animation of the tenth, 11th and 16th holes, offer the first glimpse of what the course will look like when it welcomes some of the world’s leading golfers in three years’ time.

These holes are part of nine constructed since last September and they are now in the growing phase, with the overall project set to enter its second phase this week.

This second phase comprises the construction of the remaining nine holes with work due to be completed by May 2020, allowing growing to take place over that summer. Alongside the work to the course, the clubhouse and practice facilities will also be fully refurbished, to allow Marco Simone to host the Italian Open in autumn 2021.

European Golf Design is responsible for the redesign project, creating a world-class golf course inside the ropes, in addition to a purpose-built venue outside the ropes to allow spectators to view The 2022 Ryder Cup from as many natural vantage points as possible.

Guy Kinnings, European Ryder Cup Director, said: “The success of Francesco Molinari at last year’s Ryder Cup, alongside his Open Championship and Race to Dubai victories, has been a huge boost for golf in Italy. Interest continues to build and today’s announcement of the dates is another significant milestone in the country’s journey to hosting its first Ryder Cup.” 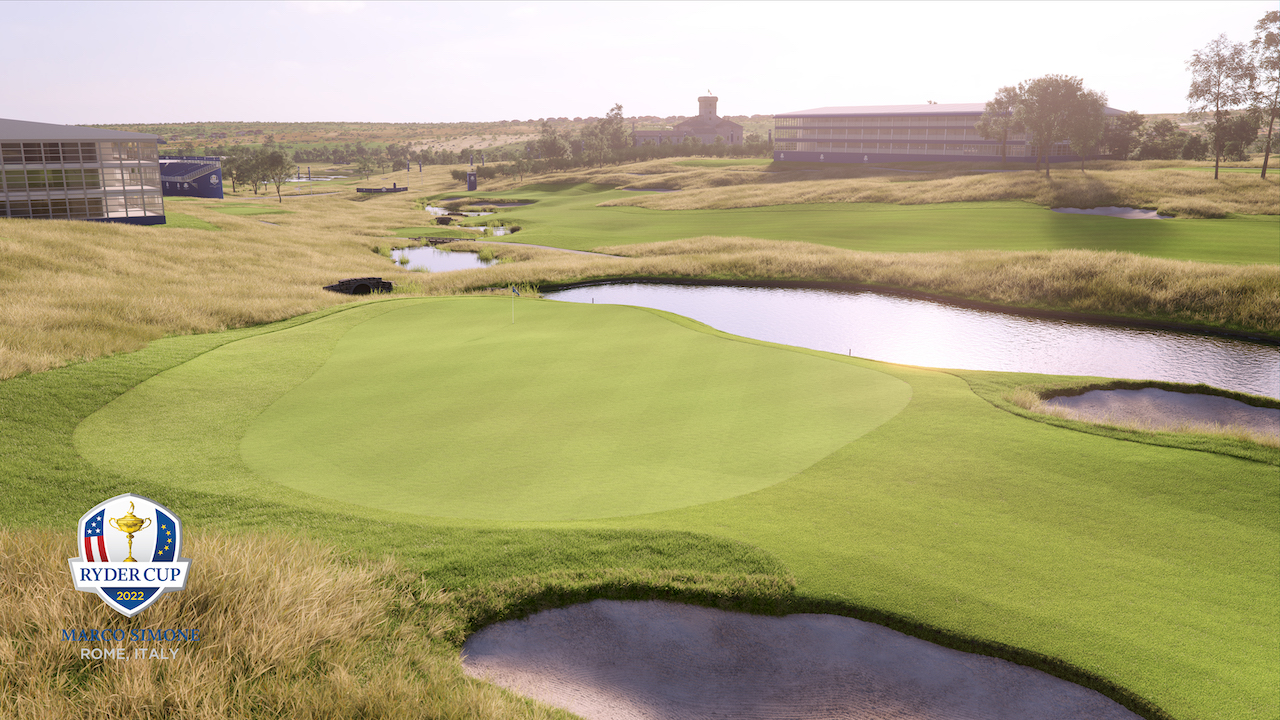 Gian Paolo Montali, General Director of the Ryder Cup 2022 Project, said: “Our commitment for The Ryder Cup 2022 project is not only to host an iconic sport event but also to leave a legacy for Italy and the Italian people. With the work being carried out at Marco Simone, The 2022 Ryder Cup course will become a sporting “pilgrimage” site that will continue to attract golfers for many years and will help develop to economic income through golf tourism.

“We are ambitious and these images give fans around the world a taste of what they can expect in September 2022. Today marks another important step in our journey towards hosting Italy’s first Ryder Cup with the announcement of the dates and we must say thank you once again to Franco Chimenti. He is the one who had the vision and the courage to bring this fascinating competition to Italy.”

Lavinia Biagiotti, President of Marco Simone Golf & Country Club, said: “We are very proud to be the host venue of The 2022 Ryder Cup and the announcement of the dates makes today an exciting one for everyone involved at Marco Simone.

“We have been working closely with Ryder Cup Europe and the Italian Golf Federation, along with European Golf Design and Tom Fazio II, to use the natural environment around the millenary tower of the Marco Simone Castle to create a top-class venue designed to host The Ryder Cup, one of the world’s biggest sporting events.”

The impact of The Ryder Cup is also being felt further afield in Italy through the Road to Rome initiative run by the FIG.

Last October, the Road to Rome visited Terrazza dei Cannoni on Castel dell’ Ovo in Naples for Golf in the Piazza and a month later, more than 2,500 people visited Città di Lombardia in Milan, where the centrepiece was a putting green inside the Belvedere on the 39th floor of the Palazzo Lombardia.

In February, more than 100 students met the players from Italy’s national teams met at Marco Simone and Golf in the Piazza then visited Parma, with more than 4,000 people attending the event at Piazza Garibaldi.

To launch the Italian Open week, the Ryder Cup visited Villa Borghese for Golf in Piazza for the latest stop on the Road to Rome on Sunday and this Wednesday (Oct 9) the third Junior Road to the 2022 Ryder Cup takes place between two teams of 12 of Italy’s best young players.