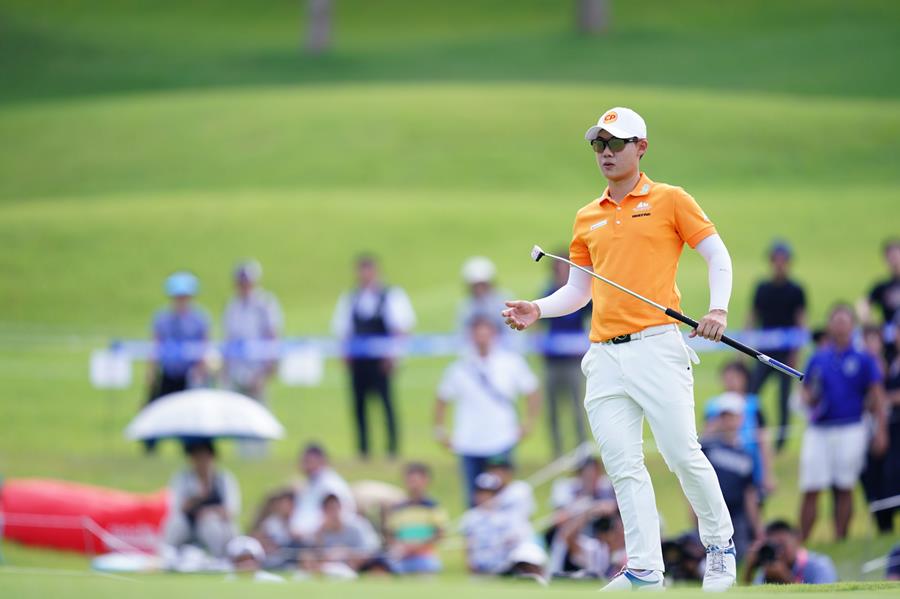 Young Thai talent Jazz Janewattananond extended his advantage at the top of the Asian Tour Order of Merit after capping a commendable fourth-place finish at the Panasonic OPEN Golf Championship on Sunday.

The 23-year-old picked up a cheque of US$64,227 to take his season’s earnings to US$833,524 from 13 events, increasing his lead to more than US$300,000 over second-placed Scott Hend of Australia, who missed the halfway cut at the Higashi Hirono Golf Club.

Starting the week in third place on the rankings, Jazz needed at least a tied-fourth place result to top the Panasonic Swing after compatriots Poom Saksansin and Panuphol Pittayarat, previously ranked first and second respectively, failed to make the weekend rounds.

Jazz battled with a cold putter on the final day but a crucial birdie on the 17th hole saw him close with a one-under-par 71 to take fourth place, eight shots back of winner Toshinori Muto of Japan on 13-under-par 271 total.

The young Thai took home a top bonus prize of US$70,000 after winning the second edition of the Panasonic Swing series with a total of 3,021 points from four of the five selected events, where he had all finished inside top-10.

“It’s an honour to win the Panasonic Swing. I didn’t even know I had a chance to win until the last minute. I think it’s a nice to see sponsors like Panasonic so committed to grow the game of golf. Their support has such a big impact on the Asian golf community,” said Jazz.

“The game is almost back on track. I wanted to finish better but I just couldn’t get the ball in the hole. You can’t really force the win if you are not putting well but overall, I’m happy with my result. A couple of big events coming up for me so this result will definitely help,” added the four-time Asian Tour winner.

Thai duo Poom Saksansin and Panuphol Pittayarat would secure second and third places in the final Panasonic Swing rankings, earning US$50,000 and US$30,000 respectively from the reward scheme.

The Asian Tour returns to Chinese Taipei this week for the storied Mercuries Taiwan Masters, which will be held once again at the Taiwan Golf and Country Club from October 3 to 6. The prestigious tournament will offer an increased prize money of US$900,000 this year.