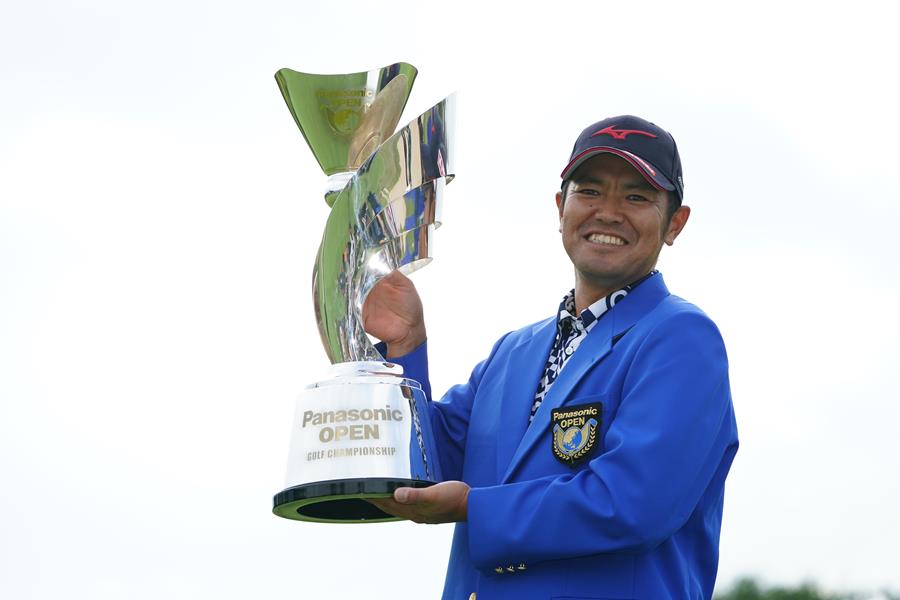 Japan’s Toshinori Muto collected his first Asian Tour title in style after closing with a second straight seven-under-par 64 to win by four shots at the Panasonic OPEN Golf Championship on Sunday.

The 41-year-old Muto halted a winless streak of four years after firing eight birdies against a bogey to cap a winning total of 21-under-par 263, setting a record lowest 72-hole score in the tournament that is celebrating its 10th edition this week.

Starting the day with a one-shot edge, Muto rode on his fine form to pull away from the chasing pack at the Higashi Hirono Golf Club. His four-shot triumph would also match the largest winning margin record in the tournament set earlier by Daisuke Maruyama in 2009.

Shugo Imahira, who entered the week as the second highest-ranked Japanese on the Official World Golf Ranking (OWGR), came in runner-up after closing with three straight birdies for a 67. Home favourite Ryo Ishikawa carded a commendable 66 to finish one shot back in third.

Asian Tour Order of Merit leader Jazz Janewattananond of Thailand battled to a 71 to finish in fourth place on 271. The result was enough to help him win the second edition of the Panasonic Swing series with 3,021 points and take home a top bonus prize of US$70,000.

Thai duo Poom Saksansin and Panuphol Pittayarat secured second and third places in the final Panasonic Swing rankings, earning US$50,000 and US$30,000 respectively from the reward scheme.

Scores after round 4 of the Panasonic Open Golf Championship being played at the par 71, 7058 Yards Higashi Hirono CC course (am – denotes amateur):