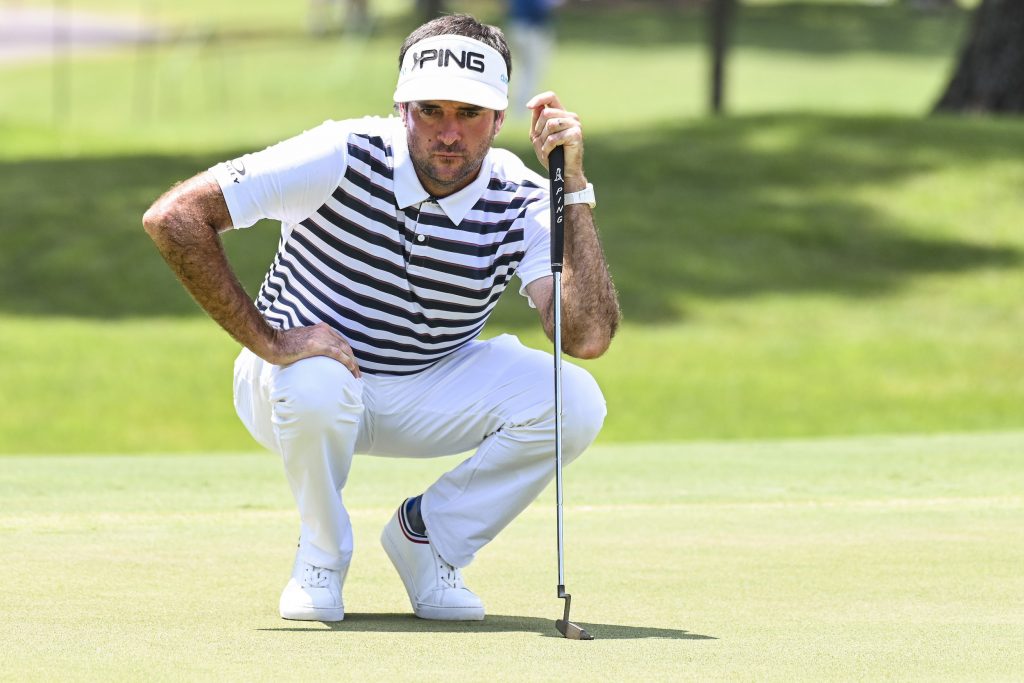 Bubba Watson reads his putt on the seventh hole green during the final round of the World Golf Championships-FedEx St. Jude Invitational at TPC Southwind on July 28, 2019, in Memphis, Tennessee. (Photo by Keyur Khamar/PGA TOUR via Getty Images)

Local favourite Ryo Ishikawa, who has won twice this season on the Japan Golf Tour, was also added into the stellar field after accepting a sponsor’s exemption.

Zozo Championship Tournament Director Travis Steiner said: “The field for the Zozo Championship keeps getting stronger and we look forward to welcoming five great champions in Bubba Watson, Sergio Garcia, Paul Casey, Louis Oosthuizen and Ryo Ishikawa. Their participation will add to a spectacular week of world-class golf for Japanese sports fans to savour and experience.”

Watson, 40, holds 12 PGA Tour titles including two Masters Tournament victories in 2012 and 2014. With a win in China previously, the American star is hoping to add another title on foreign soil to his impressive resume.

Globe-trotter Garcia, who is one of Spain’s top golf stars, has multiple wins across Asia in countries such as Korea, China, Malaysia, Vietnam, Singapore, Qatar and Dubai. The 10-time PGA TOUR champion is excited at the opportunity to compete in the Land of the Rising Sun.

“Japan is certainly a wonderful destination for the PGA Tour to stage its first official tournament. It is a golf-loving country and has produced some great Japanese golfers and I am sure the game will benefit by having the Zozo Championship. I know the fans are passionate about our sport over there and I’m hoping to play well in front of them. I’ve won multiple times across Asia so I’ve got a good record to back me up when I’m over there. As it is part of the fall schedule, it’s also important to play well to garner early FedExCup points,” said Garcia.

Casey successfully defended his title at the Valspar Championship earlier this year for his third career PGA Tour triumph. He is hoping to add Japan to his list of accolades following previous wins in China and Korea.

The veteran Englishman, who finished fifth in last week’s FedExCup Playoffs Finale, the Tour Championship in Atlanta, said: “I’ve always enjoyed travelling around the world competing in different countries and enjoying various cultures in the different continents. I’ve had the opportunity to win tournaments in China and Korea previously so I’m looking forward to going to Japan and hopefully adding this wonderful country onto my list of wins. It’ll be a special way to start my 2019-20 PGA TOUR Season if I can become the first ZOZO CHAMPIONSHIP winner.”

Oosthuizen was victorious at the 2010 The Open Championship at St Andrew’s and the sweet-swinging South African, who will represent the International Team in the Presidents Cup in Australia later in December, is keen to showcase his talent in front of Japanese fans.

“I’ve heard a lot of great things about golf in Japan and how the fans over there come out to support the players and tournaments. It’ll be pretty cool for me to compete in the Zozo Championship as I enjoy playing in new places and have a chance to impact the lives of young kids especially in hope that they will learn to play the game. It looks like we’ve got a really strong field in Japan which will be really fun for the players and fans. I can’t wait to get there,” he said.

The 27-year-old Ishikawa, who has featured previously on the PGA Tour, was delighted to accept an exemption to compete in the Zozo Championship. Fresh from a second win of the season and 16th career title in Japan at the weekend, the dashing Japanese star said: “I am thrilled to receive this sponsor’s exemption. My goal however still remains to make it into the field through the JGTO point rankings and I will continue to play my best the remainder of the season to be able to pass along this exemption to another deserving player.”

The Zozo Championship will feature an elite 78-man field, including the leading 60 players from the 2018-19 FedExCup points list, 10 designated by the Japan Golf Tour Organization (JGTO) and eight special exemptions. The event is co-sanctioned with JGTO.