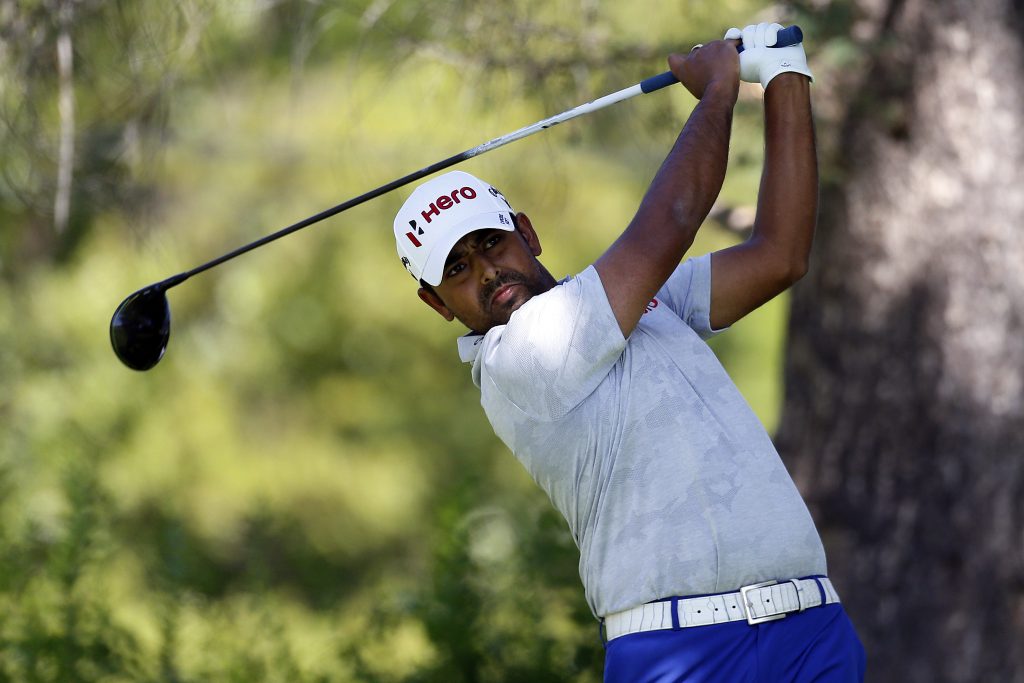 Anirban Lahiri of India hits on the 2nd hole during the second round of the Korn Ferry Tour Albertson’s Boise Open at Hillcrest Country Club on August 23, 2019, in Boise, Idaho. (Photo by Jonathan Ferrey/Getty Images)

Indian golf star Anirban Lahiri has secured a quick return onto the PGA TOUR following a “satisfying” top-five finish at the Albertson Boise Open presented by Kraft Nabisco, the penultimate event on the Korn Ferry Tour (KFT) Finals, on Sunday.

With a T7 finish achieved in the previous week’s Nationwide Children’s Hospital Championship, Lahiri has now secured enough points to earn one of the 25 PGA TOUR cards at stake at the KFT Finals.

The 32-year-old former Asian No.1 carded a bogey-free 5-under 66, highlighted by three closing birdies, to finish three shots behind winner Matthew NeSmith of the United States.

“I haven’t experienced any kind of a high. Right now, I’m more focused on my golf and what I want to do in the time to come. I had a lot of belief in myself that I could get my card back and play well. I’m more relieved with the fact that I’m putting some scores together which was satisfying,” said Lahiri, who posted rounds of 68, 65, 69 and 66.

After finishing a lowly 174th on the PGA TOUR’s FedExCup points list, he needed to play in the KFT Finals to regain his playing rights on the world’s premier circuit. And with his TOUR card safely in his back pocket now, he plans to challenge for a victory in the final tournament, the Korn Ferry Tour Championship presented by United Leasing & Finance, this week to try and top the No. 1 ranking.

“I’m playing well enough with a lot of confidence and I’m no longer trying to secure my card. Hopefully, it frees me up and I can focus on getting into contention again and maybe get third time lucky and win,” he said.

“If I can manage that, it’ll help get me into THE PLAYERS Championship (PGA TOUR flagship event) next year and helps me schedule my events a lot better.”

Lahiri reset his game following his lacklustre PGA TOUR campaign and refocused on his basics with swing coach Vijay DIvecha during summer. He believes his game is now back on track as he looks forward to competing against the world’s best again when the new 2019-20 PGA TOUR Season begins in September.

“It’s coming together. I was disappointed last week that I got into position not only for a win but also to lock up the card in the first week. I made some bogeys coming in and I was disappointed with that but I took it as a learning experience. It’s been a while since I was in contention and I needed to feel the adrenaline again and how to respond to it,” he said.

“I didn’t wake up on a different side of the bed the past two weeks. I started working on some basics again when Vijay came over in July. We got some rest, recharged the batteries and game-wise I started to feel good again. This week, the short game was at its best in a long time. I hit it terribly but got up and down each and every time I was out of position. I kept grinding and had those birdies in the end,” added Lahiri.

He was delighted to shoot four rounds in the 60s, which was the first time since last November when he enjoyed his lone top-10 finish of the season at the Mayakoba Classic in Mexico.

“I’ve not done that in a long time, so I’m more relieved to see myself scoring consistently and putting four rounds together. The trend is beginning to change and this gives me most satisfaction. If I can keep playing well, if I can keep doing this, it can only lead to good things,” said Lahiri.

He is quietly hoping to make an impression during the fall season in a bid to earn a captain’s pick for the Presidents Cup. Lahiri featured for the International Team in 2015 and 2017.

“The Presidents Cup is close to my heart but I think I finished 140 places out from the top-8,” he said. “I don’t know when Ernie (Els) will make the picks and I’m not thinking of it right now. My golf is beginning to trend in the right direction that I feel positive about it. However, the Presidents Cup is not my main focus. I just want to play golf and I’m not expecting to be picked unless I can turn it around. I’m just going to focus on events that are in front me now.”