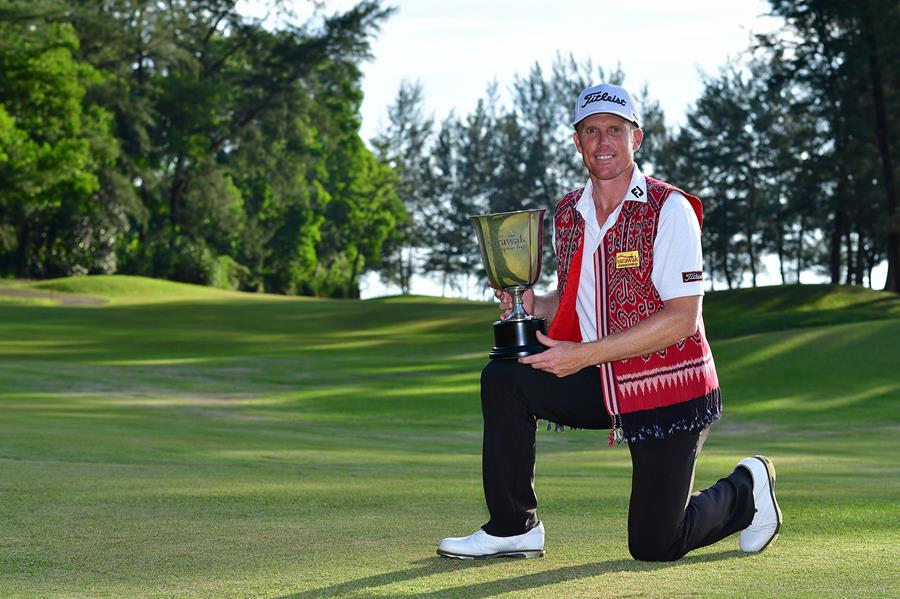 Australian Andrew Dodt defeated Richard T. Lee of Canada on the first extra hole after sinking a two-foot birdie putt to win his third Asian Tour title and first in four years at the US$300,000 Sarawak Championship.

The 33-year-old Dodt, who is playing in his first event since suffering a two-month injury layoff in April, was left to endure an agonizing wait in the clubhouse after closing with a flawless eight-under-par 64 at the Damai Golf and Country Club.

Knowing that he needed an eagle on the last to force extra time with Dodt, Lee opted for an aggressive style of play as he hit a three-wood off the deck from about 275 yards to eight-feet and made the eagle putt to sign for a closing 66. It was a sensational finish for Lee as he had to hit a big draw around the trees to get to the green on 18.

The duo, who were tied on 24-under-par 264 in regulation play, returned to the 517-yard par-five 18th for the sudden-death playoff where both found the middle of the fairway with their tee shots. Dodt laid up to about 75 yards from the pin while Lee decided to go for the green.

The 28-year-old Lee got lucky as his ball hit the cart path and bounced back to about 25 yards right of the green in the rough. He then chipped to 12 feet but his birdie putt would eventually lipped out and it was Dodt who sealed the deal after sticking his approach to two-feet.

American Micah Lauren Shin missed a 20-feet birdie putt on the last to force his way into the play-off as he signed for a 65 to finish in third place on 265 in the full-field event, which celebrated its second straight edition on the Asian Tour this week.

Overnight co-leader Hung Chien-yao of Chinese Taipei returned with a second straight 68 to take fourth place on 266 while Miguel Tabuena of the Philippines settled a further shot back in fifth following a 66 at the Arnold Palmer-designed course.

Order of Merit leader Jazz Janewattananond of Thailand battled to a 69 to finish in a share of sixth place on 268 alongside a host of players, including Zimbabwean Scott Vincent, whose closing 62 would have match the course record if not for the preferred lies ruling in play.

The final round of the Sarawak Championship was delayed by a 3 hours 5 minutes weather suspension in the morning. Play was suspended at 7.25am local time before resuming at 10.30am.

The Sarawak Championship is supported by the Sarawak State government. It is also the Tour’s second stop in Malaysia this season.

Scores after round 4 of the Sarawak Championship being played at the par 72, 6970 Yards Damai GC course (am – denotes amateur):