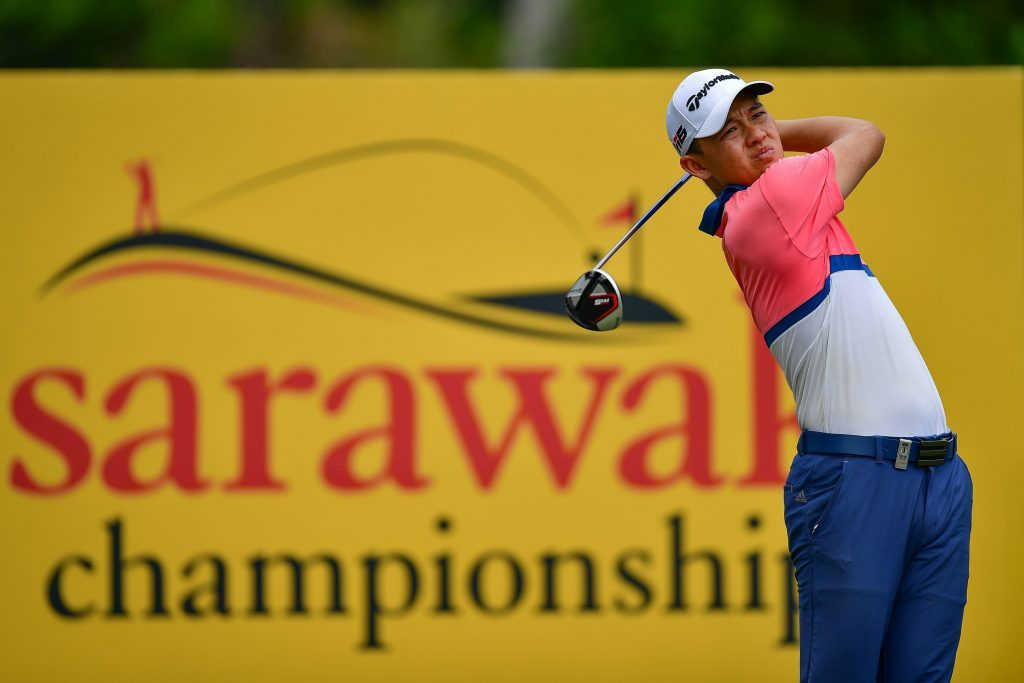 Malaysia’s Ben Leong rose from his sick bed to grab a share of the opening round lead after firing a flawless eight-under-par 64 on a low scoring day at the US$300,000 Sarawak Championship on Thursday.

Leong, who was down with a fever on Tuesday night, recovered just in time to post a commendable round highlighted by one eagle and six birdies, matching the day’s efforts of Chinese Taipei’s Hung Chien-yao and Justin Quiban of the Philippines at the Damai Golf and Country Club.

“Expectation was really low. I had a really bad fever on Tuesday night and had to pull out from the Pro-Am on Wednesday. Went to see the doctor on Wednesday morning and got everything sorted out. I’m alright now. I am just glad that I can finish 18 holes today, to be honest,” said Leong.

Asian Tour Order of Merit leader Jazz Janewattananond of Thailand reeled in six birdies in-a-row en route to his opening 65, which placed him in fourth place alongside Japan’s Daisuke Kataoka and Miguel Tabuena of the Philippines.

Thai veteran Prayad Marksaeng produced the shot of the day when his five-iron tee shot found the bottom of the cup on the par-three 14th hole from 202 yards. It was the 14th ace he has recorded in his illustrious career.

The 53-year-old Prayad signed for an eventual 68 to tie in 30th position alongside a host of players including Australian Scott Hend, who turns 46 years old today, at the full-field event, which is celebrating its second edition on the Asian Tour this week.

The Sarawak Championship is supported by the Sarawak State government. It is also the Tour’s second stop in Malaysia this season.

Scores after round 1 of the Sarawak Championship being played at the par 72, 6970 Yards Damai GC course (am – denotes amateur):