Asia’s Haotong Li and C.T. Pan on Verge of Qualifying for the International Team 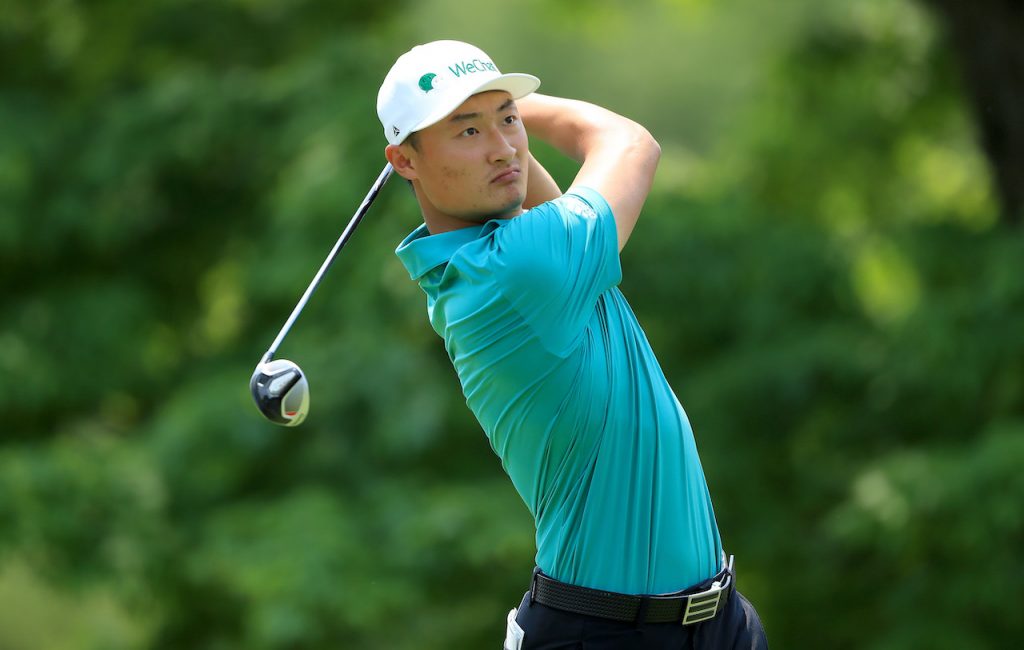 Haotong Li and C.T. Pan face an anxious week to see if they will make history by becoming the first golfer from China and Chinese Taipei respectively to play in the Presidents Cup for the International Team at Royal Melbourne Golf Club, Australia in December.

Currently ranked sixth and eighth on the International Team standings, Li and Pan need to remain within the top-8 when qualifying concludes on Sunday. Li is not competing anywhere around the world this week, which means he can potentially be surpassed by those behind him, including Korea’s Sungjae Im (12th), Sung Kang (14th) and Byeong Hun An (15th).

The Korean trio are in the elite 70-man field at the BMW Championship at Medinah Country Club, Illinois this week, which is the penultimate event in the FedExCup Playoffs.

Unlike Li, Pan is in Medinah and knows he controls his own destiny. Fresh from finishing T24 at The Northern Trust on Sunday, Pan said: “I mean, that’s all you can do … let good golf take care of everything. I’ve been trying very hard out there and trying to finish strong every single round, last week or the last two months, and definitely put me in a really good spot here, and I’m just very grateful and thankful for the opportunity. At least I have a shot,” said Pan, who won the RBC Heritage in April for his first PGA Tour victory.

“I feel really good about my game. Last week I was able to shape a lot of iron shots to attack the pins, and I think I did pretty good at that, which I think is going to be very useful on this course. I feel my game is getting better every day, so that’s good.”

Other players outside the top 8 with a chance to qualify are Thailand’s Jazz Janewattananond (No. 10) and South Africa’s Justin Harding (No. 11). Jazz is playing in the Asian Tour’s Sarawak Championship in Malaysia while Harding is teeing it up on the Korn Ferry Tour’s Nationwide Children’s Hospital Championship. Each event will likely offer just enough points to allow for scenarios that would qualify either player with a victory and for others to not pick up any world ranking points.

Jazz, who has won twice on the Asian Tour this season and finished second in Sarawak last year, said: “I still have a small chance but I need to win. It feels like it’s out of my hands.”

Ancer’s new point total is enough to guarantee him a spot in the top 8 with one week left to qualify.

Following the conclusion of this week’s BMW Championship on Aug. 18, the top 8 players on each team’s standings will officially qualify for the 2019 Presidents Cup, with four captain’s picks upcoming in early November.

The Presidents Cup will return to Melbourne, Australia and The Royal Melbourne Golf Club for the third time, December 9-15, 2019, when the International Team, led by Captain Ernie Els, will take on the U.S. Team led by Captain Tiger Woods.

Ancer, the reigning Australian Open champion, also jumped to a career-high 39th in the Official World Golf Ranking (OWGR) and represents the first male golfer from Mexico to move inside the top 50 since the OWGR’s inception in 1986.

“I didn’t want to leave it to a decision. I wanted to lock it in,” Ancer said. “That was one of my main goals for this year. That is going to be an experience that I will never, never forget. To be the first Mexican that’s going to play in the Presidents Cup; that’s huge. I get goosebumps right now just talking about it.”

With an estimated 72 OWGR points up for grabs for the winner of the BMW Championship, Chile’s Joaquin Niemann (No. 29) has a chance to join the top 8 with a victory. Other players outside the top 15 on the International Team standings who are in the field at the BMW Championship include: Si Woo Kim (No. 16), Corey Conners(No. 17), Adam Hadwin(No. 18), Emiliano Grillo (No. 19) and Dylan Frittelli(No. 24).

Joining Ancer in Sunday’s final pairing at Liberty National was two-time Presidents Cup team member Patrick Reed, who went on to win The Northern Trust by one stroke for his seventh PGA Tour victory and first since the 2018 Masters.

Reed, who earned a 3-1-1 record in the 2017 Presidents Cup at Liberty National, jumped from No. 17 to No. 12 in the U.S. Team standings and has a mathematical chance to grab one of the top 8 spots at this week’s BMW Championship.

Following a first-round 4-over 75 at The Northern Trust, Captain Woods withdrew on Friday morning, citing a mild oblique strain. After beginning the week at No. 12 in the U.S. Team standings, Woods fell to No. 13 and cannot earn enough points to reach the top 8 at this week’s BMW Championship.

The top 10 in the U.S. Team standings remain unchanged, with Patrick Cantlay occupying the No. 8 spot heading into the BMW Championship with 5,268 points. Gary Woodland (No. 9), Tony Finau (No. 10), Rickie Fowler (No. 11) and Reed (No. 12) are the only players with a mathematical chance to reach the top 8.

All top 15 players in the U.S. Team standings are in the field at the BMW Championship.

The top 15 players in the International and U.S. Presidents Cup Team Standings as of Aug. 5, 2019, are listed below.