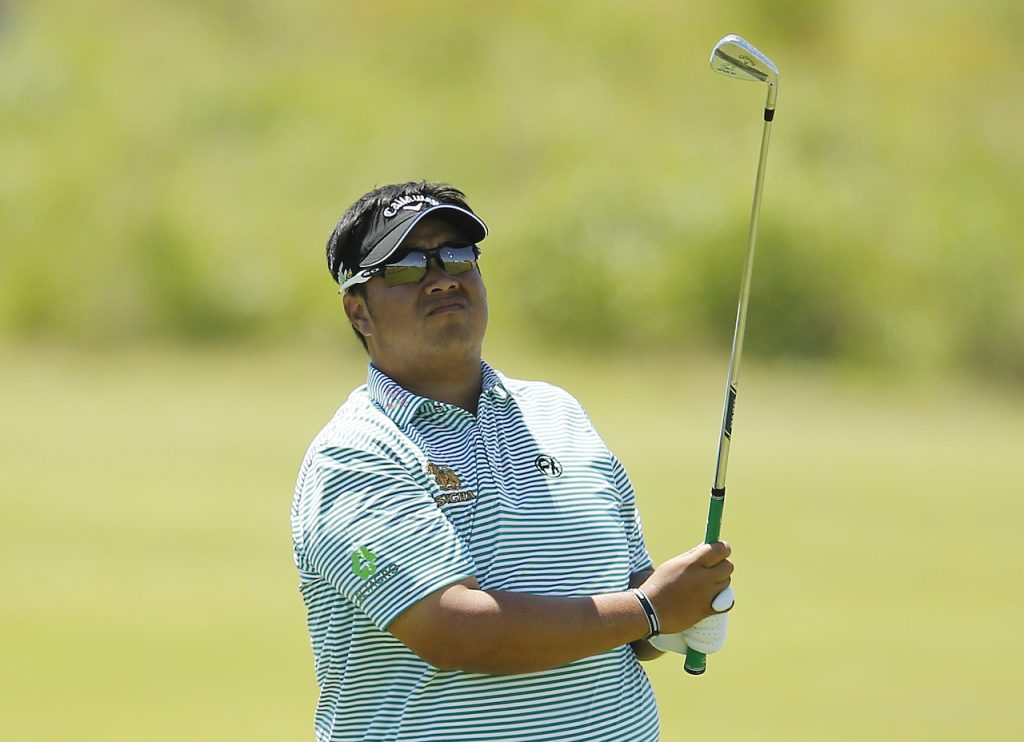 Three hours before the leaders teed off, Kiradech Aphibarnrat tapped in his final putt on the 18th green at The Northern Trust. It certainly wasn’t the way he wanted to conclude a bittersweet first full season on the PGA Tour.

A  final round of 2-under 69 left the 30-year-old Thai well down the leaderboard in a share of 71st place at Liberty National Golf Club as he failed to progress beyond the first of three FedExCup Playoff events.

Kiradech needed to finish 27th or better here but an ailing right knee, which has hampered his golf since April, prevented him from extending his American dream.

“I’m really happy that I kept my card but the season ended sooner than expected. I had hoped to get into next week (BMW Championship). Right after Augusta, it’s been a hard time playing golf and to get my best game out with the way my right knee was hurting. It’s not a bad start to my first PGA Tour season but I’ve got a lot of work to do,” said Kiradech.

He leaves for Bangkok on Monday and will under another MRI scan on his right knee in which he suffered a partial torn Anterior Crucial Ligament (ACL) during the Masters Tournament after taking a tumble from a difficult shot.

“Hopefully it’s not any worse than before. I’ll have three or four weeks off, and I want to fix it. If it’s not better in four weeks’ time, I might have to take eight weeks off. I’m looking forward to recovering as soon as I can and enjoying the game again. It’s been a tough few months to play when I’m hurt,” he said.

“Operating the knee is the last option. If the doctor says I need to operate, then I’ll do it. Fingers crossed, I won’t have to go through that option.”

Kiradech featured in 20 tournaments during the 2018-19 PGA TOUR Season and posted three top-5 finishes. He missed seven cuts and will finish 83rd on the final FedExCup points list. The burly Thai believes he can perform better in his second season as he would know the golf courses better.

“I think I have the game to stay up here. I know I have to work on my short game, the shots from inside 80 yards and around the green can be sharper,” said Kiradech.

“Next year will be easier as I now know which courses I should play on and which ones I need to take off my schedule.”

As the first Thai to hold a full PGA Tour card, Kiradech wants to become the first from his country to win on U.S. soil as well. “I want to win. Playing on the PGA Tour which is the biggest Tour in the world, is great. There’s pressure to play against the top and anyone can win. If I can win once, it’ll take the pressure off my shoulders. I feel I’m not very far. I’m looking forward to returning to Bangkok to see my family and friends. And also make sure I focus on my knee. Then, I’ll get out and start hunting again.”

Depending on the situation with his knee, Kiradech is not giving up on his bid to play in the Presidents Cup for the International Team at Royal Melbourne Golf Club in Australia. He is well out of the top-8 ranking who will qualify for the team on August 19 before Captain Ernie Els makes his four picks in early November.

“The Presidents Cup is deep in my heart, always,” said Kiradech. “I’ve been close the last few times. I was like top-15 and didn’t get picked which was disappointing. This time, it’s different. I’m not fit enough and didn’t perform well. If I don’t get picked, it’s no problem. Ernie has to pick his best 12 players. I agree with everything he’s doing and it’s for the best. I will try to prove myself If I can play again before the picks are made. I want to play great until Ernie can’t ignore me.”