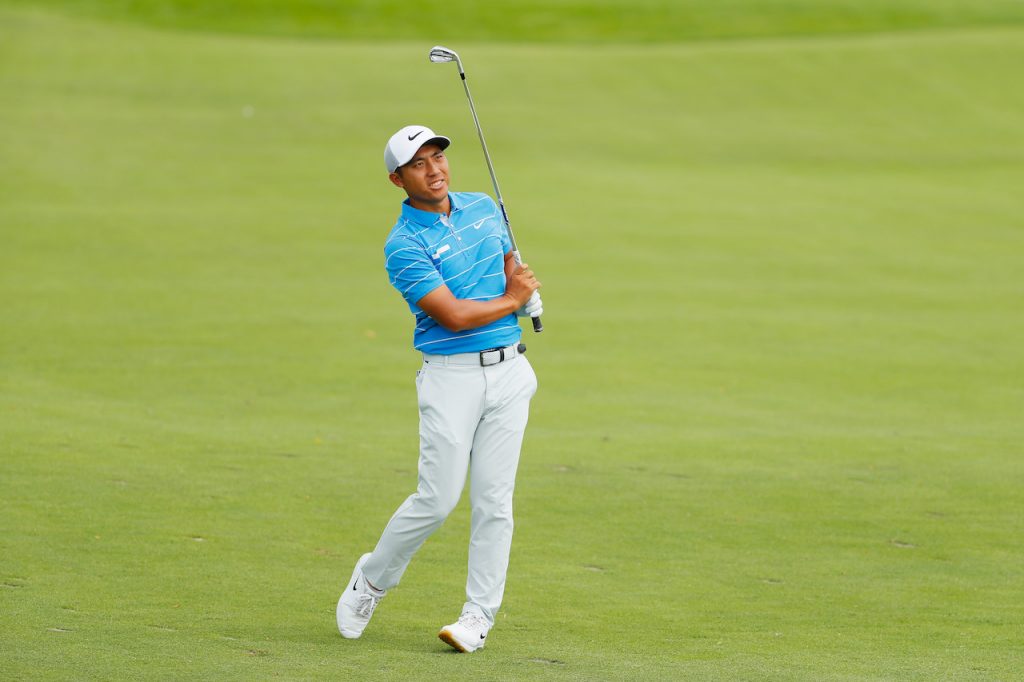 C.T. Pan of Taiwan plays a shot on the fifth hole during the third round of The Northern Trust at Liberty National Golf Club on August 10, 2019, in Jersey City, New Jersey. (Photo by Kevin C. Cox/Getty Images)

Thailand’s Kiradech Aphibarnrat and K.H. Lee of Korea were, however, eliminated in the PGA TOUR’s FedExCup Playoffs which rewards the FedExCup champion at the season-finale TOUR Championship with a bumper US$15 million payday.

The pressure is now on for the remaining six Asians to perform well in the BMW Championship, which is exclusive to the top-70 players, before the best 30 qualify for the season-finale in Atlanta.

“It’s a grind and so, we just have to go out and play our best golf out there,” said Pan, who finished T24 on Sunday following a closing 1-under 70.

Pan slipped two rungs down to 37th place in the latest FedExCup points list and knows he needs a big finish at the upcoming BMW Championship to achieve his goal of qualifying for the TOUR Championship for the first time.

“Everyone’s looking at the standings. I think we need to finish at least in the top-10 to get into Atlanta. We’ll have a bit of a rest and then get ready again. That’s what we need to do. I feel really good about my game. Take some time off and get ready for the next two weeks, hopefully,” said Pan, winner of the RBC Heritage in April.

The 21-year-old Im, playing in his rookie season on the PGA TOUR, is the best-placed Asian to join the elite field at the TOUR Championship. He finished with a closing 68 for T38.

Matsuyama, a five-time  PGA TOUR winner, slipped out of the top-30, a T30 finish at The Northern Trust pushing him back to 33rd position. He has everything to play in his bid to extend his appearance at the TOUR Championship to six successive seasons.

Im, who enjoyed seven top-10s this season, said: “I’m just trying to do my best out there. We will try again in Chicago.”

Sung Kang, who missed the cut in Jersey City, dropped from 29th to 42nd position on the latest FedExCup points list while Kim, who finished 84th here, will enter the BMW Championship in 53rd position as he attempts to qualify for his second TOUR Championship.

An settled for T38 after signing off with a 72 and dropped four spots to 61st on the latest FedExCup points standings.