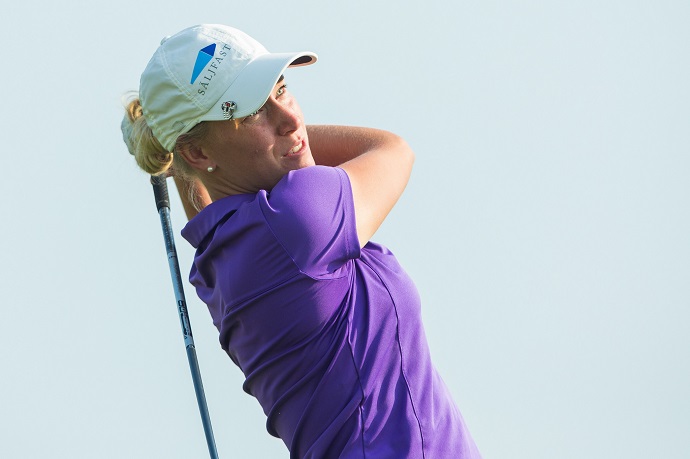 The LET Access Series will field the strongest schedule in its history as it celebrates its 10th year in 2019. The series will feature 20 tournaments in nine countries across Europe, an increase from 13 last year. Total prize money also sees a significant increase to over €1 million, up from €590,000 in 2018.

An exciting development for the 2019 LETAS season will see the top 55 players updated after each event throughout the series in a season-long campaign called the ‘Road to La Largue’. The brand-new format for the LET Access Series sees the newly added La Largue Ladies Championship installed as the season finale, with a prize fund of €80,000.

There are five Ladies European Tour (LET) cards and 15 places to the final stage of the LET Tour School to play for in the tour’s closing event at Golf Club de La Largue with the leading 55 players on the Order of Merit battling it out for the coveted prizes on the beautiful French course, from October 4 – 6.

Other headline events include the Jabra Ladies Open and the Tipsport Czech Ladies Open. Both will be dual ranking events with the Ladies European Tour and boast record prize funds of €150,000 and €120,000 respectively. The Jabra Ladies Open, the European qualifier for The Evian Championship, will again be held at Evian Resort Golf Course in France, on May 23 – 25, whilst the newly added Czech event takes place later in the calendar on August 23 – 25 at Golf Resort Karlštejn, near Prague.

The LET Access Series season will begin again with the Terre Blanche Ladies Open at the stunning Golf de Terre Blanche, near Nice in France this week from April 5 – 7, before heading to Switzerland for the VP Bank Ladies Open, to be played once again at the picturesque Gams-Werdenberg Golf Club on May 3 – 5.

The Series remains in Switzerland for the Neuchatel Ladies Championship on May 15 –17, with the players competing at the Neuchatel Golf & Country Club, set amid the Alps. The opening events will provide the perfect opportunity for the players to prepare ahead of the Jabra Ladies Open the following week.

The tour then makes its way to the Nordic region for the Viaplay Ladies Finnish Open at Messilä Golf in Lahti, followed a week later by the Skaftö Open in neighbouring Sweden, which boats a €50,000 prize fund.

From here, the LETAS heads south to France for the Montauban Ladies Open – an exciting new event for 2019. Taking place from June 20 – 22, the players will set about tackling the stunning oak-lined course at the Golf de Montauban l’Estang with a €40,000 prize fund to play for.

The players then end the month by taking on the Belfius Ladies Open, which will be played at the prestigious Cleydael Golf & Country Club in Aartselaar, Belgium on June 27 – 29.

July sees further innovation for the LET Access Series with the inclusion of a mixed event, the Saint Malo Golf Mixed Open in France, on July 4 – 7. Held in conjunction with the Alps Tour where many of Europe’s rising stars in the male game play, the groundbreaking tournament will feature 72 LETAS and 72 Alps Tour players competing for an equal prize fund of €45,000 in what is one of very few events of this nature in golf.

The LET Access Series then ventures to the Czech Republic for the Czech Ladies Challenge at Golf Resort Konopište before revisiting the Anna Nordqvist Västerås Open, held at Sweden’s Västerås Golf Club on August 8 – 10.

Moving on to France, the Bossey Ladies Championship will be played for the third year at Association of Golf & Country Club de Bossey, followed by the Scandic PGA Championship in Sweden. The two events take place either side of the headline €120,000 Tipsport Czech Ladies Open.

The LET Access Series then draws to a close with the returning WPGA International Challenge held again at the Stoke by Nayland Hotel Golf & Spa on September 12-14, before the penultimate tournament, the Rügenwalder Mühle Ladies Open, takes place near Bremen in Germany.

“I am delighted to present our strongest schedule to date, with 20 tournaments played from April until October and a total prize fund of just over €1 million euros,” said LETAS Tour Director Di Barnard. “We launched back in 2010, initially with only three events, but with the belief that it was very important to provide a stepping stone for young players starting out on their professional journey.”

“The tour has grown from strength to strength, which has only been possible with the tremendous support we have received from our Host Federations, PGA’s, promoters, sponsors and venues. Enormous thanks go to everyone who has been involved in our development and continues to help us grow and provide valuable strong playing opportunities for young women professionals and elite amateurs.”

The LET Access Series is the official developmental tour to the Ladies European Tour (LET) and the competitive international circuit is a key part of the organisation’s development pathway. All female professional golfers and amateurs with a handicap of 2 or better are eligible for membership of LETAS providing they are 18 years of age.

More than 240 professional and 130 elite amateur golfers compete in tournaments during the year, facilitating a smooth transition between the amateur and professional game and providing high-level playing opportunities and experience. Former LETAS tournament winners who have achieved success on the Ladies European Tour include the 2017 LETAS Order of Merit winner, Meghan MacLaren, who is already a two-time winner on the LET and Sweden’s Jenny Haglund, the 2018 LET Lalla Meryem Cup champion.