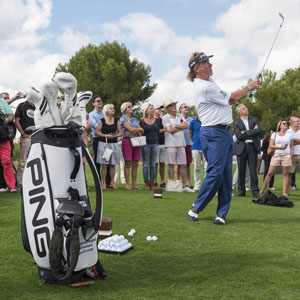 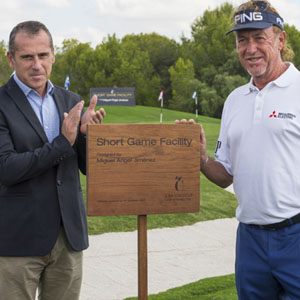 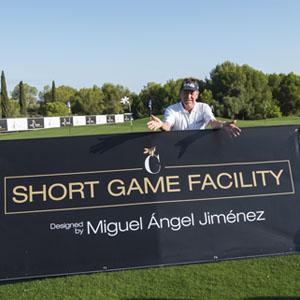 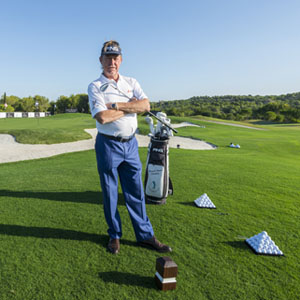 Legend’s design of Short Game Facility unveiled to the world

The world-class conditioned Short Game Facility, which is spread across 5,000 sq. metres at Las Colinas Golf & Country Club, was declared officially open by its designer after months of close collaboration with the Las Colinas management team. Boasting spacious Bermuda grass playing areas and an immaculate 680 sq. meter green with lush Bent grass, the Las Colinas Short Game Facility designed by Miguel Ángel Jiménez will now be open to visiting golfers and Pro Groups looking to fine tune their game whilst staying at the resort.

“I’m incredibly proud to open the Las Colinas Short Game Facility and have been extremely impressed with the pristine conditioning of the whole area,” said Jiménez. “It’s been really exciting watching how the project has developed since we started work earlier this year and I now look forward to seeing golfers from all around the world enjoying a world-class facility.

“It was crucial the facility offered the very best in standards because I know from visiting Las Colinas that the whole resort demands that level of quality,” added Jiménez.

The Las Colinas Short Game Facility designed by Miguel Ángel Jiménez also incorporates two large practice bunkers and allows golfers to practice their full short game repertoire over a 75-yard distance. Positioned just over 100 metres from the range at Las Colinas, the Troon-conditioned facility is perfectly located for those looking to improve their short game.

“We’re absolutely thrilled to open this fantastic facility on what is a really special day in the history of Las Colinas Golf & Country Club,” said the resort’s Director of Golf & Operations, Sean Corte-Real. “It’s been a pleasure to work with Miguel on this project and we’re delighted with the final product. The conditioning of the facility is in keeping with the ‘World Apart’ experience we aim to deliver – on and off course – to every person visiting Las Colinas.”

Regarded as one of the best modern golf courses in Europe, Las Colinas Golf & Country Club’s Par 71 18-hole layout has built a world-class reputation for its year-round Championship-ready conditioning. Designed for players of all levels by renowned architect Cabell B. Robinson, the golf course blends naturally into the surrounding landscape, running through valleys between the hills to deliver a truly captivating and unforgettable experience for golfers of all abilities.

As well as being named ‘Spain’s Best Golf Course’ for the second year running at the World Golf Awards in 2016, Las Colinas Golf & Country Club also recently received the prestigious accolade of ‘Europe’s Leading Villa Resort’ at the 2017 World Travel Awards. In addition, it was confirmed as ‘Spain’s Leading Villa Resort’ for the third consecutive occasion at the recent World Travel Awards ceremony.

Las Colinas also rose an impressive 23 places – to No.55 – in the prestigious ‘Top 100 Golf Courses in Continental Europe’ rankings compiled by Golf World magazine, with its ‘playability’ rating the highest of any Spanish course.