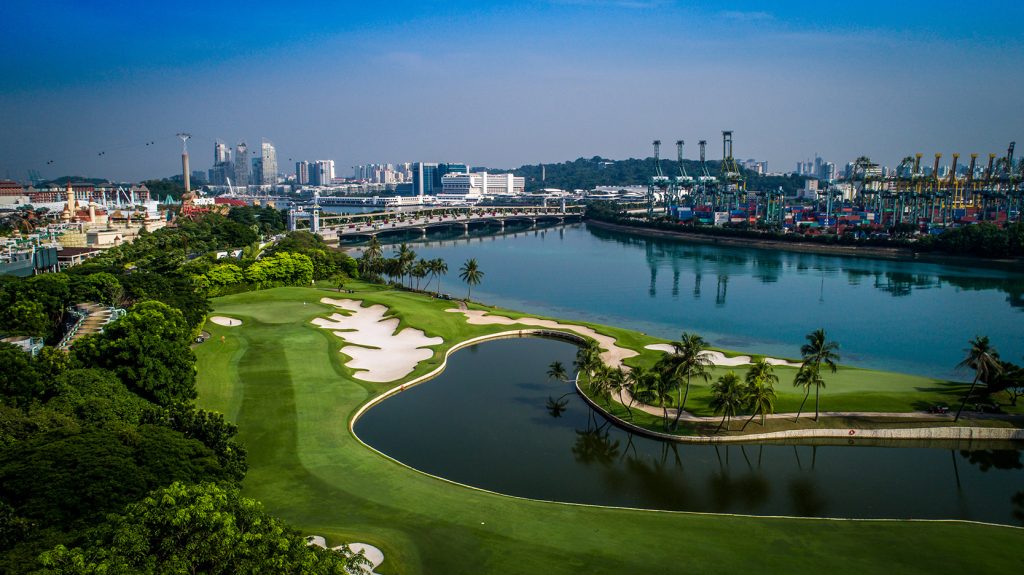 The Serapong has been rewarded for its unique personality and outstanding ‘tournament-ready’ conditions, moving up four places to 55th, the highest position it has featured since it was first included in the 2016-17 rankings.

This follows on from the release of Golf Digest’s ‘Best Golf Courses in Every Country’ rankings last year, where The Serapong was once again named the No.1 golf course in Singapore for the second consecutive listing.

Increased recognition comes after The Serapong underwent a major renovation in 2020, led by the Club’s General Manager, Director of Agronomy and Resident Golf Course Designer, Andrew Johnston, that saw key areas including the bunkers, fairways, tee boxes and greens modified to improve consistency, texture, and playability across the course.

It received widespread acclaim from Tour professionals at the SMBC Singapore Open earlier this year after showcasing its enhanced overall strategy and character, featuring fast, challenging greens with trademark contours and iconic holes that have made it one of Asia’s and the world’s best golf courses. The course also currently holds the title of ‘Singapore’s Best Golf Course’ by the World Golf Awards.

Sentosa Golf Club is also one of the world’s leading sustainable golf clubs having implemented a number of innovative environmental initiatives since 2018 under its two ground-breaking campaigns, #KeepitGreen and GAME ON. It became the first golf club in the world to join the United Nations Sports for Climate Action Initiative in 2020 before announcing its pledge to become the world’s first carbon-neutral golf club by 2022 at the HSBC Women’s World Championship in 2021.