Lahore Gymkhana Club – A Legacy from the Past 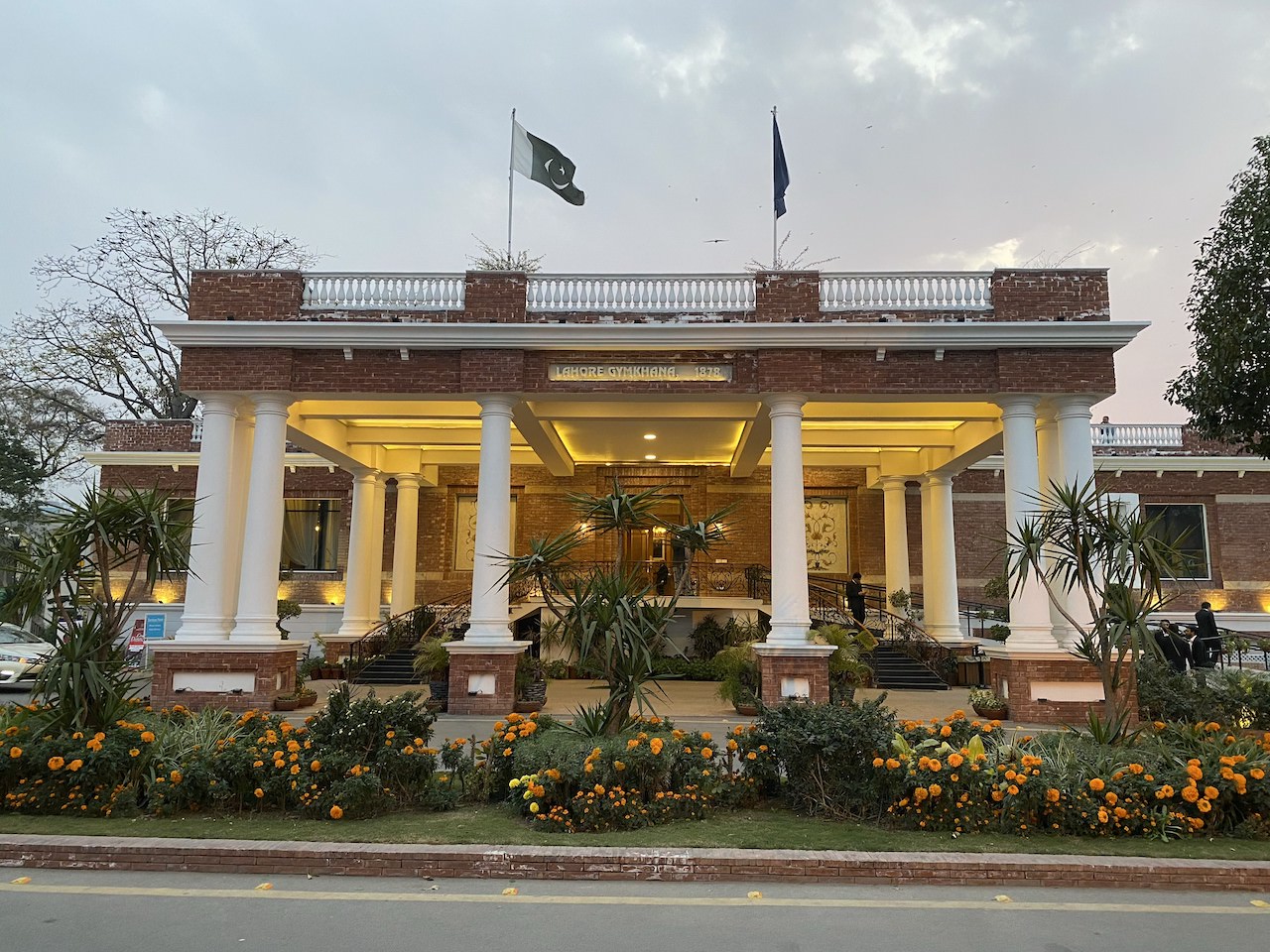 The royal and ancient game is well and thriving in Lahore, especially at the Lahore Gymkhana Club, which is the oldest club in the country. As you walk across the car park and head up the steps leading into the hallowed interior, history permeates the atmosphere. Framed photographs of the old club and the prominently placed plaques on the walls chronicle the passage of time and of a past that is revered. The club prides itself on quality as well as the diversity of its membership which includes businessmen, the literati, renowned journalists, celebrated artists, members of the judiciary, civil services, armed forces and sports.

We are met by a distinguished member of the elite Lahore society, Mr Parvez Bhandara, a long-time member of the club as well as a member of the Committee of Management. Sitting in the cool climes of the Lahori weather, sipping our hot piping chai, al-fresco at Caffe 9, together with other Lahore’s elite, Mr Bhandara shared the history of the club and later also took us for a tour. 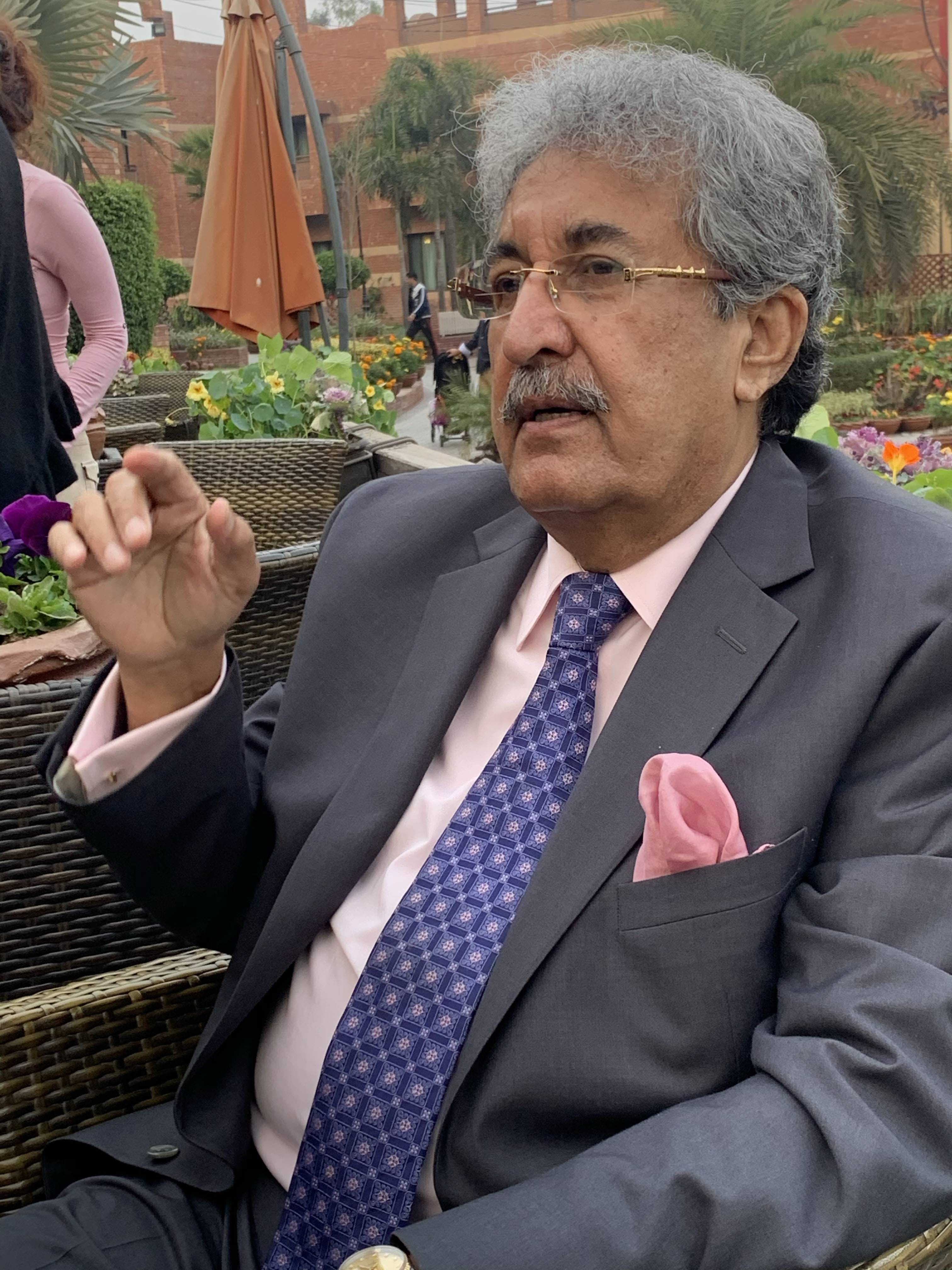 Mr Parvez Bhandara…a member of the Committee of Management

Established in 1878 by the British, the Lahore Gymkhana was founded as ‘The Lahore and Mian Mir Institute’ in the lush Lawrence Gardens opposite the sprawling estate of the Governor’s House, the imperial symbol of power and authority of the British Raj. 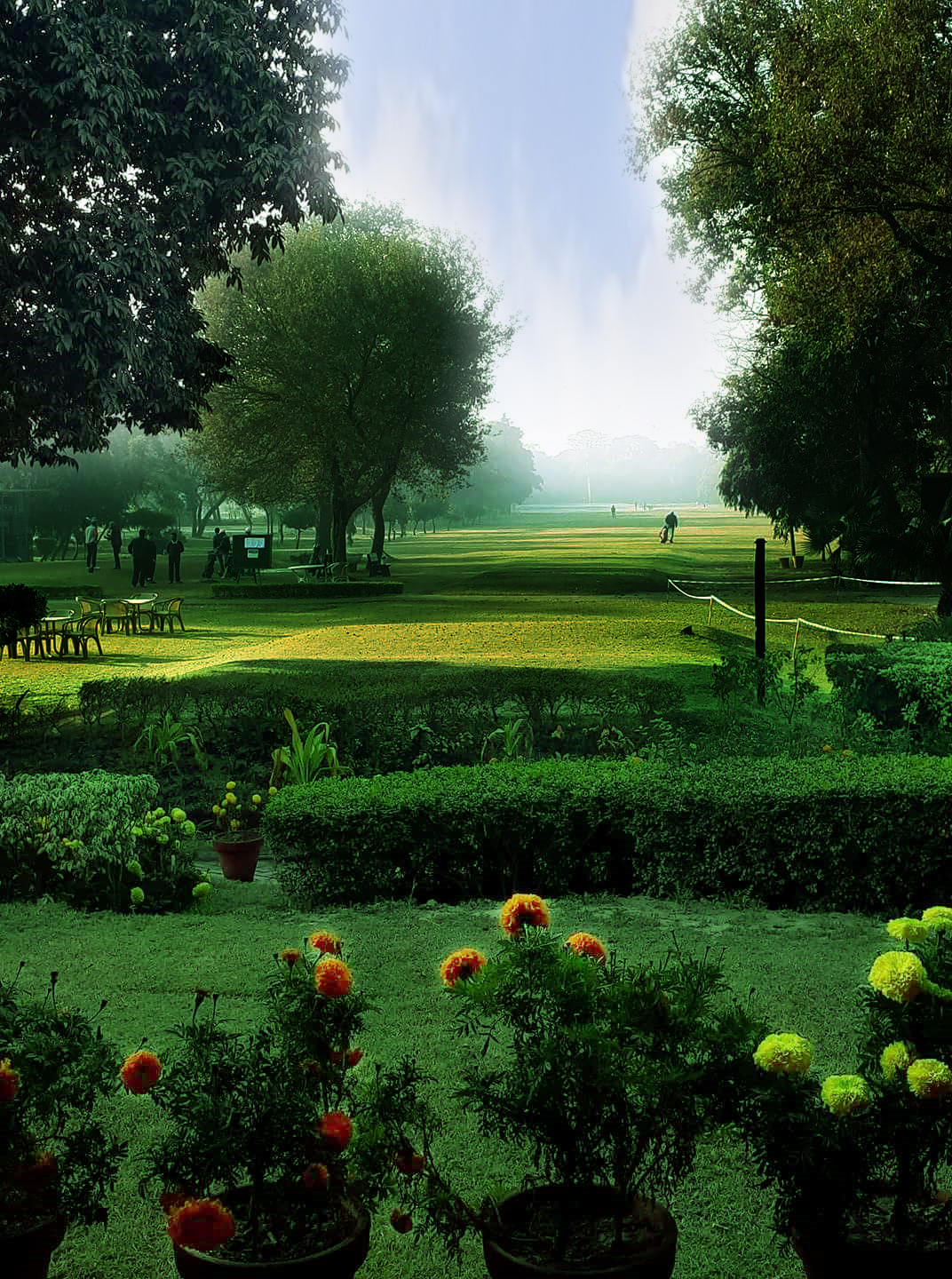 The building of the Institute comprised mainly the Lawrence and Montgomery Halls. The Lawrence Hall was built in 1861-62 in memory of Sir John Laird Lawrence, the first Chief Commissioner (1853-57) and Viceroy of India (1863-69), while the Montgomery Hall facing the central avenue of the Bagh-e-Jinnah was built in 1866 to commemorate Robert Montgomery, second Lt Governor of Punjab (1859-65), from contributions made by the native chiefs.

The Halls were the centre of Lahore’s social scene where Lahore’s elite of the British era gathered and indulged in their sporting activities as well as mingled with their peers. Locals were not allowed. Only the handful of local royalty like the Muslim Nawabs and Sikh lords were allowed membership of the club. Since then the club has been known as an elite’s club in Lahore. 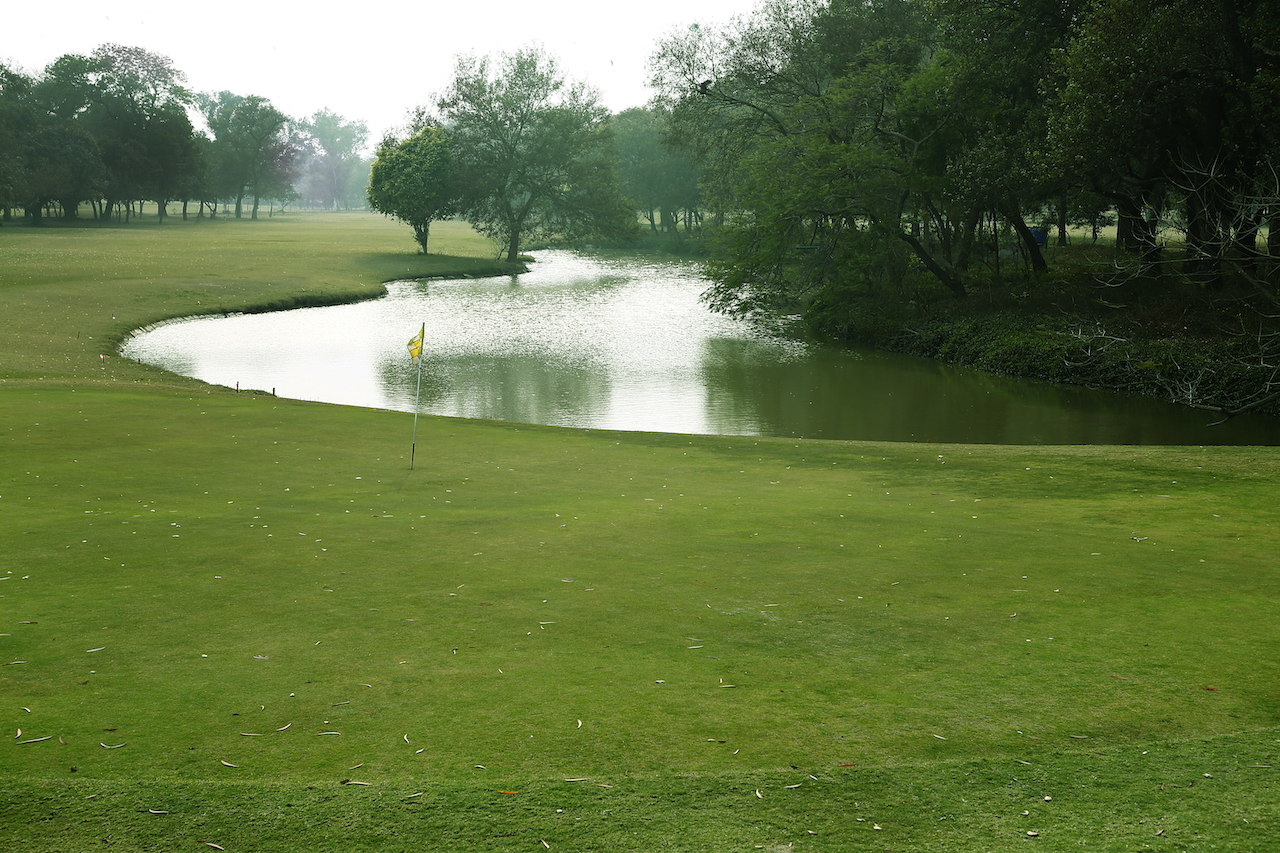 In 1906, the ‘Lahore and Mian Mir Institute’ was changed to the Lahore Gymkhana. However, in 1972, the premises were taken over by the government of Punjab and the club had to move from Mall Road to its present location at the Upper Mall Road, which interestingly was the Golf Club of Lahore Gymkhana. 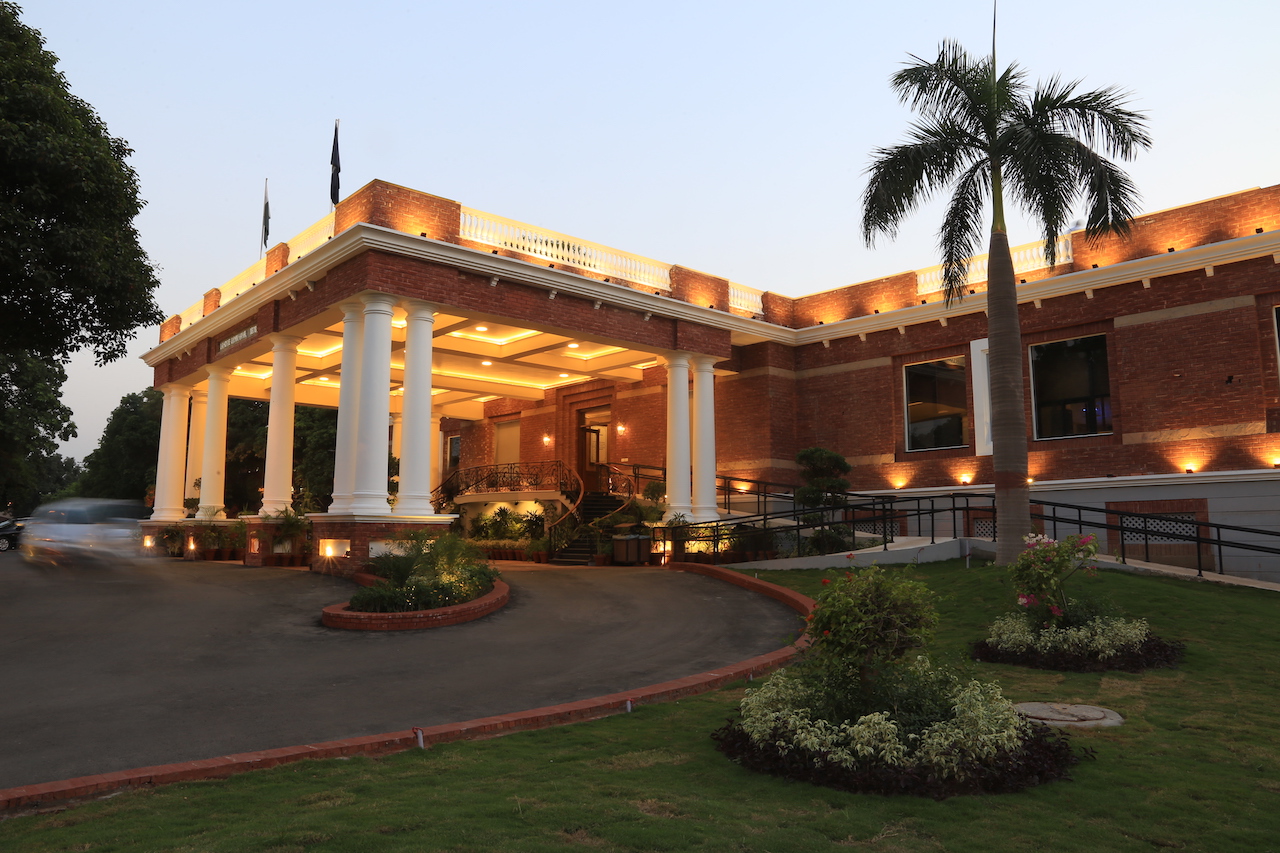 Bhandara explained, “It is a government of Punjab land. The British took it on lease from the government of Punjab and so when the lease expired, we had to leave. The Montgomery Hall is a beautiful old building. Now it’s the biggest library in Lahore by the name of Quaid-e-Azam library. On the back of that hall, there is a cricket ground with a pavilion. The cricket ground is still with us.”

He added, “When they took it over and asked us to move, we already had this golf course which the British built. In the old days, this was only a golf club with an 18-hole golf course.” 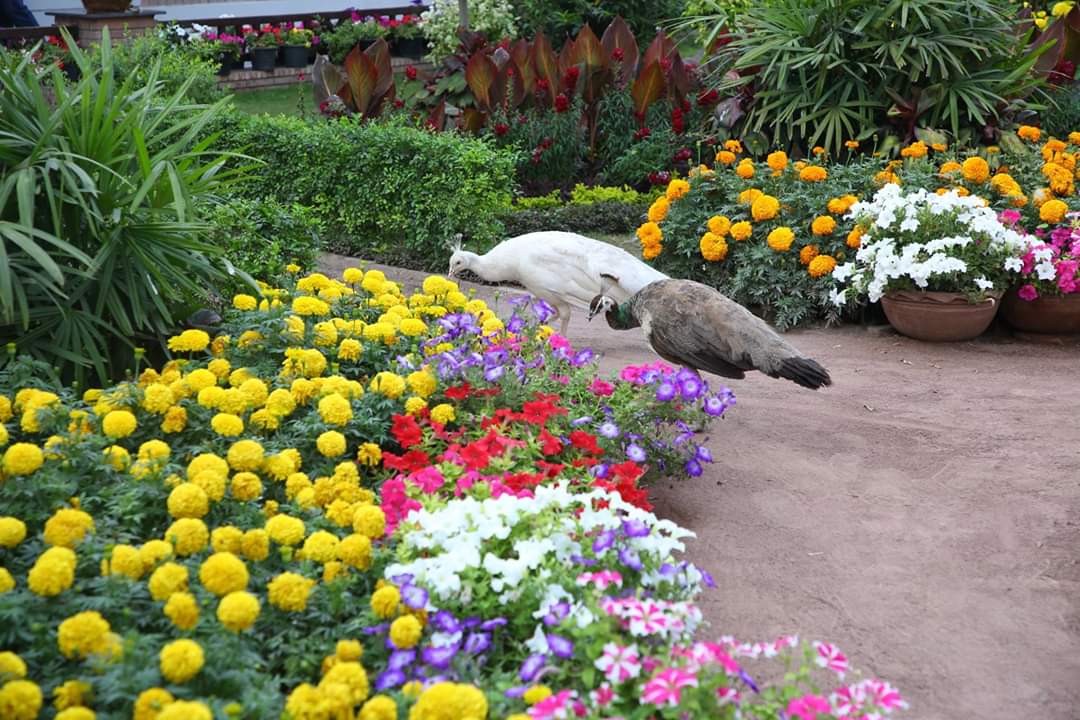 Spread over an area of 117 acres, the Lahore Gymkhana Club finally found a home they could do a lot with and expand. The foundation stone of the present clubhouse was laid in 1968 and completed in 1972. The cost of the building was borne by the generous members. Now all sports, except for cricket is played at the current Gymkhana club. The Lahore Gymkhana Cricket ground, which is thought to be one of the most beautiful in the country, is still located in the old grounds. 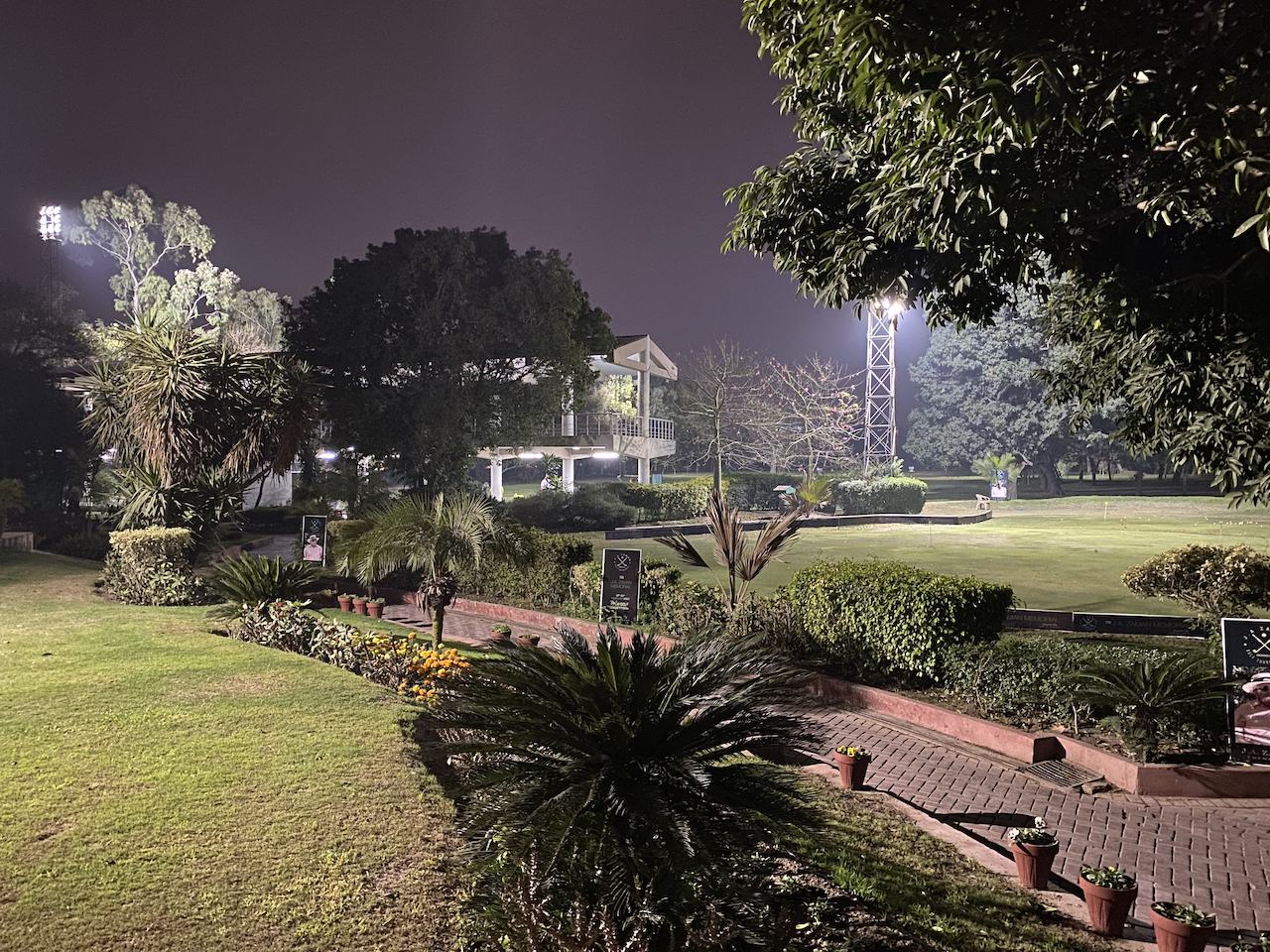 “We have nine tennis courts – six grass courts and three hard courts, there are four international-standard squash courts, we have two swimming pools, a billiard room, a three-storey gymnasium with the latest equipment, table-tennis, a card room, a rich library, a computer room, a reading room which stocks newspapers from around the world, two big halls in the main clubhouse and two smaller one for small groups, a Wellness Centre,  a convenience store called The Shoppe which offers competitive prices, as well as a 90-room guest room,” said Bhandara 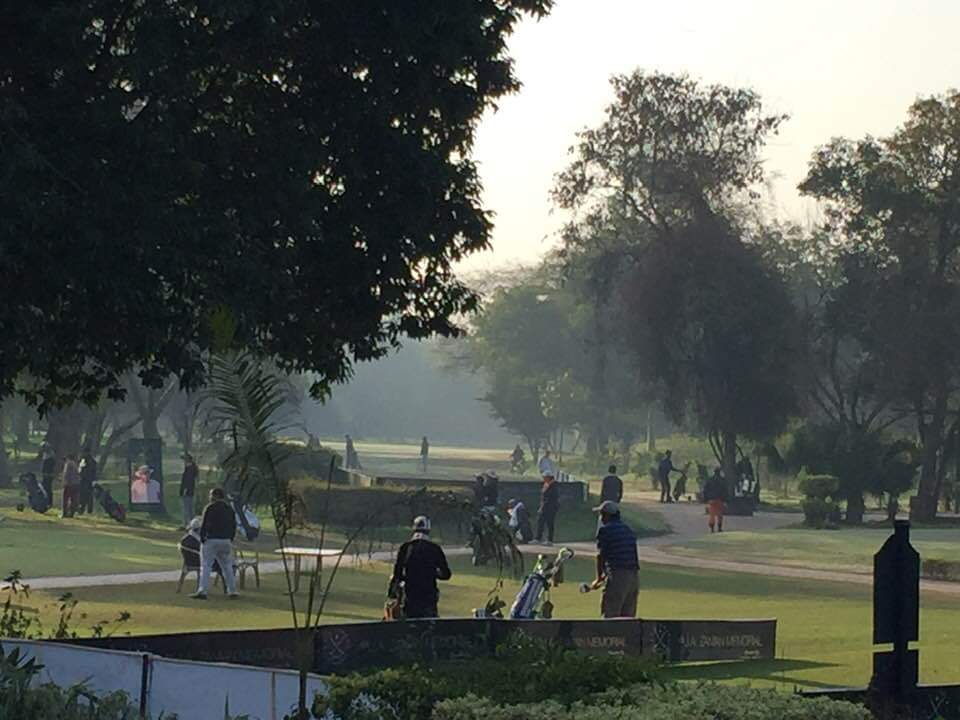 The golf membership until independence in 1947 was mainly for foreigners. It was only in the year 1949, golf started becoming popular amongst the Pakistani members of the Gymkhana Club. During this period, considerable improvements were made to the golf course. The plaques in the clubhouse

The golf course itself is one of the oldest in Pakistan and traces its origins to the 19th century. In fact, the first organisational golf tournament played there was the Champion Medal (Roe Medal) which was held in January 1895. The 18 hole par 72 6,444 yards championship layout is spread over 85 acres in the heart of Lahore. The challenging layout has some 65 bunkers, the perfectly manicured fairways lined with trees with water hazards on five holes. The course is relatively flat though there are some fairways with undulations. Overall, the course requires consistency if golfers want a clean score-card. The club has hosted a number of international events and regular competitions are held at the club every month. The Lahore Gymkhana has a number of restaurants for its members and guests. The Caffe 9 serves snacks and a light brunch offering also a scenic view of the golf course. The Chandni Café, reminiscent of the early 70s serves Pakistani cuisines as well as international favourites. Then there is the Veranda Terrace with its variety of ala carte continental cuisine as well as local favourites to be savoured while enjoying the majestic views of the fairway and greens. The Main Lounge with its royal artwork and interiors is a great place to relax. The Chandni Lounge is a favourite of senior members who enjoy their cup of tea or coffee with a variety of ala carte breakfast snacks while enjoying the scenic views. The Main Dining Mall with its exquisite décor and a formal atmosphere requires formal attire from its diners while enjoying local and Continental food. The ThaiChin and Tulip Room serve a variety of Chinese, Thai and Italian cuisines. There is also an area for a Pakistani-BBQ beside the lawn with a lovely view of the lake. Each restaurant has a dress code which is expected to be adhered to.

The clubhouse that has several restaurants catering to members

According to Bhandara, the club currently has 10,000 members but only 5,500 are permanent voting members.

“Membership fee is US$10,000, or 14 lakhs in Pakistani rupees. It is not a matter of money, everybody wants to be a member of this club. The time waiting period is so long, it’s now about 24 years. Today, you apply and you pay US$10,000, your turn for the interview will come after 24 years. According to the constitution and the bylaws of the club, we can interview 100 people every year, not more than 100 people. We have a waiting list of about 2,400 – 2,500 people, so naturally, the person who applies now, his turn will come after 24 years!” explained Bhandara.