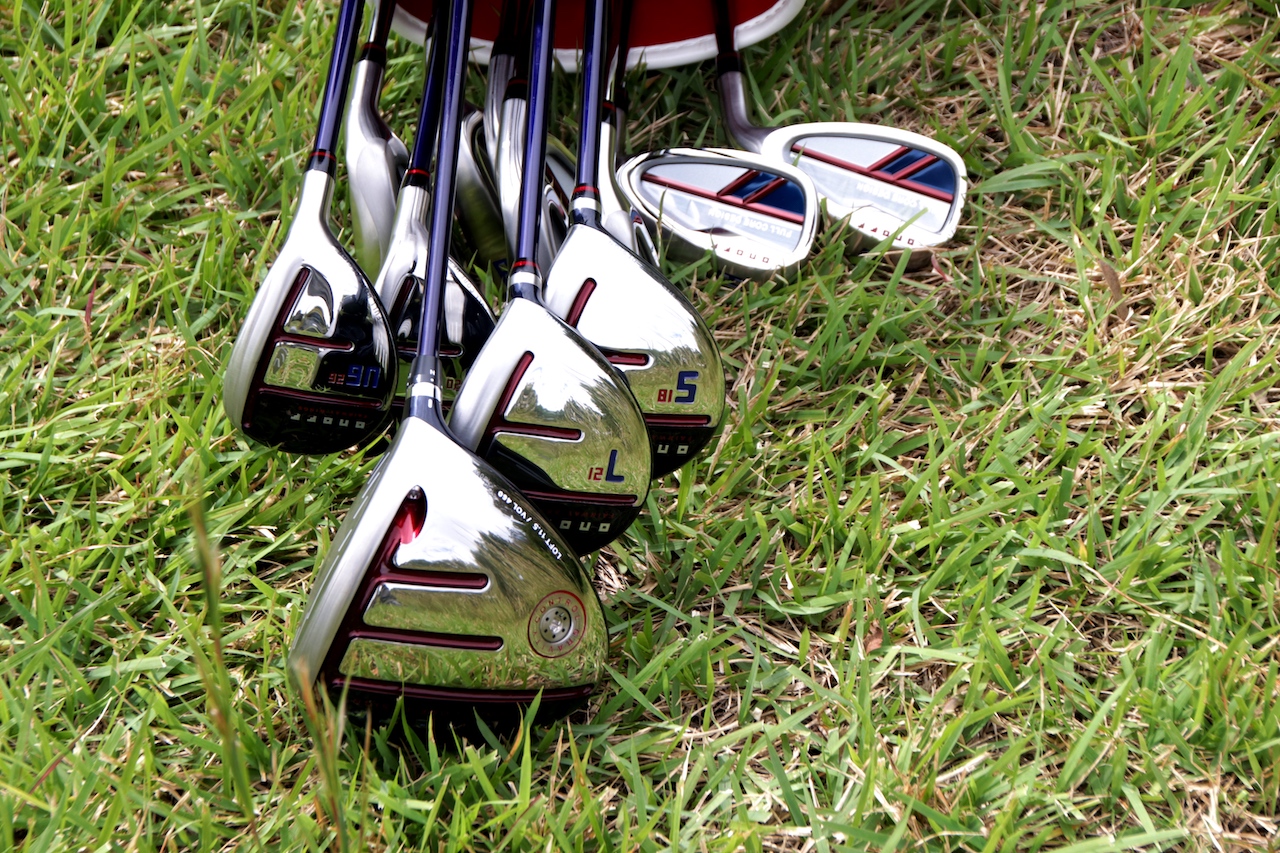 ONOFF has just released the newest generation of their most forgiving line of golf clubs, the AKA family. With an all-new stylish design, new use of technology and multi-materials while being matched with their own shafts, the new AKA promises to provide more distance and even more forgiveness. 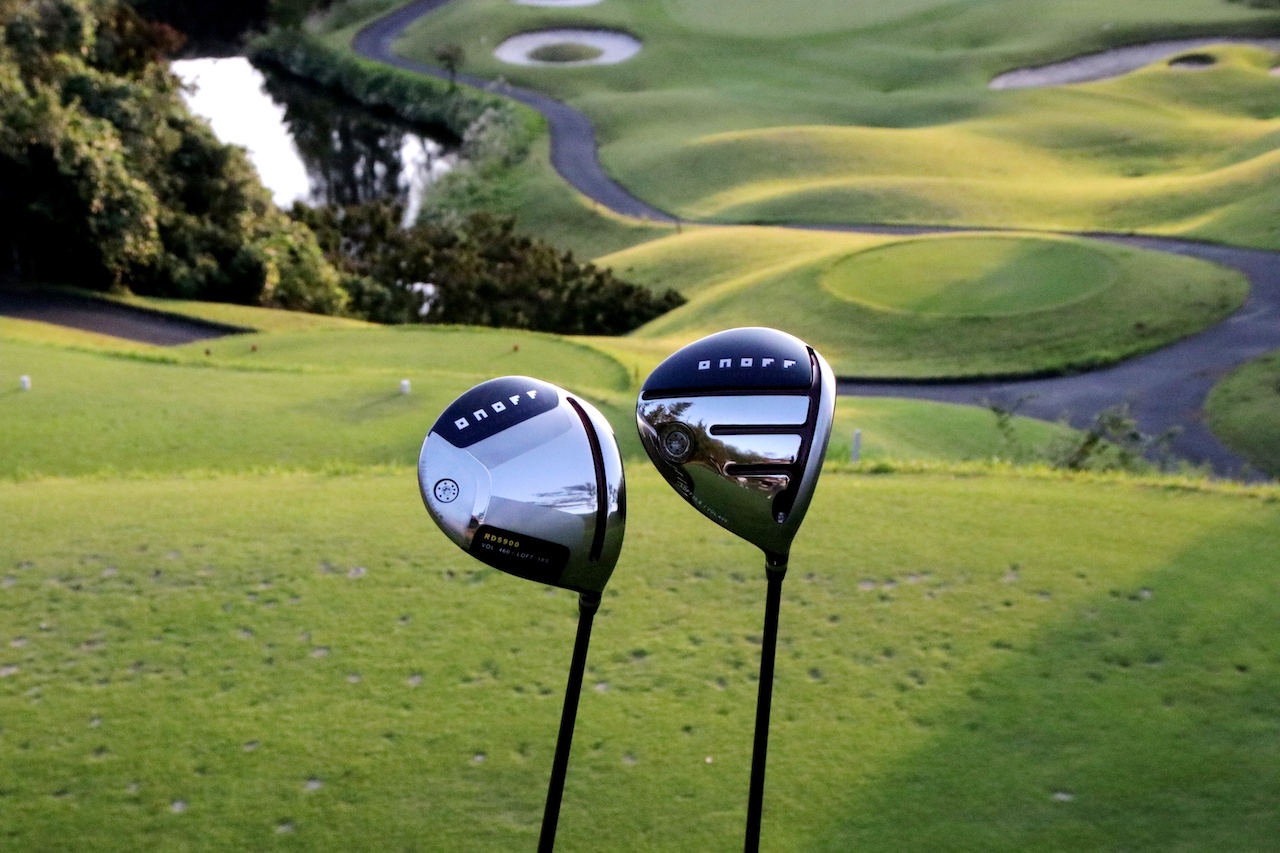 More distance and forgiveness thanks to a improved Power Trench and face material used. In addition to the trench along the face, ONOFF added three additional trenches from front to back of the sole to help increase sole rigidity which in turn increases the spring effect of the face for higher ball speeds across the face.

The face and body also uses an all-new lightweight HST140C Titanium material which pushes spring effect to the legal limits.

ONOFF utilised a lightweight carbon crown which enabled them to redistribute the weight deeper and lower in the head to create a deeper centre of gravity. This enabled them to help drives have a higher launch.

The AKA head is specifically paired with ONOFF’s Smooth Kick MP-520D shaft which was designed in-house featuring Daiwa Carbon Technology. The shaft maximises feel, swing speed and eliminates worries about timing. The shaft also has a more stable tip section which helps to square the head for optimal impact.

The second driver that ONOFF has come out with in this generation is the AKA RD5900, which is the driver head with high MOI Design. The head is specifically designed to minimise distance loss on off centred hits.

They achieved this through the use of lightweight carbon fibre in the toe and heel areas of the head while a heavy stainless plate is positioned towards the back of the sole. This design creates an ultra-deep centre of gravity and pushes the moment of inertia to the legal limits.

The AKA RD5900 driver head also uses their Power Trench technology which has been improved on since the previous generation. The driver is paired with ONOFF’s own shaft which was designed and produced in-house. The high Repulsion Kick RD-5900 is specifically made to match the AKA RD5900 driver head with a more rigid tip which prevents the head from twisting. 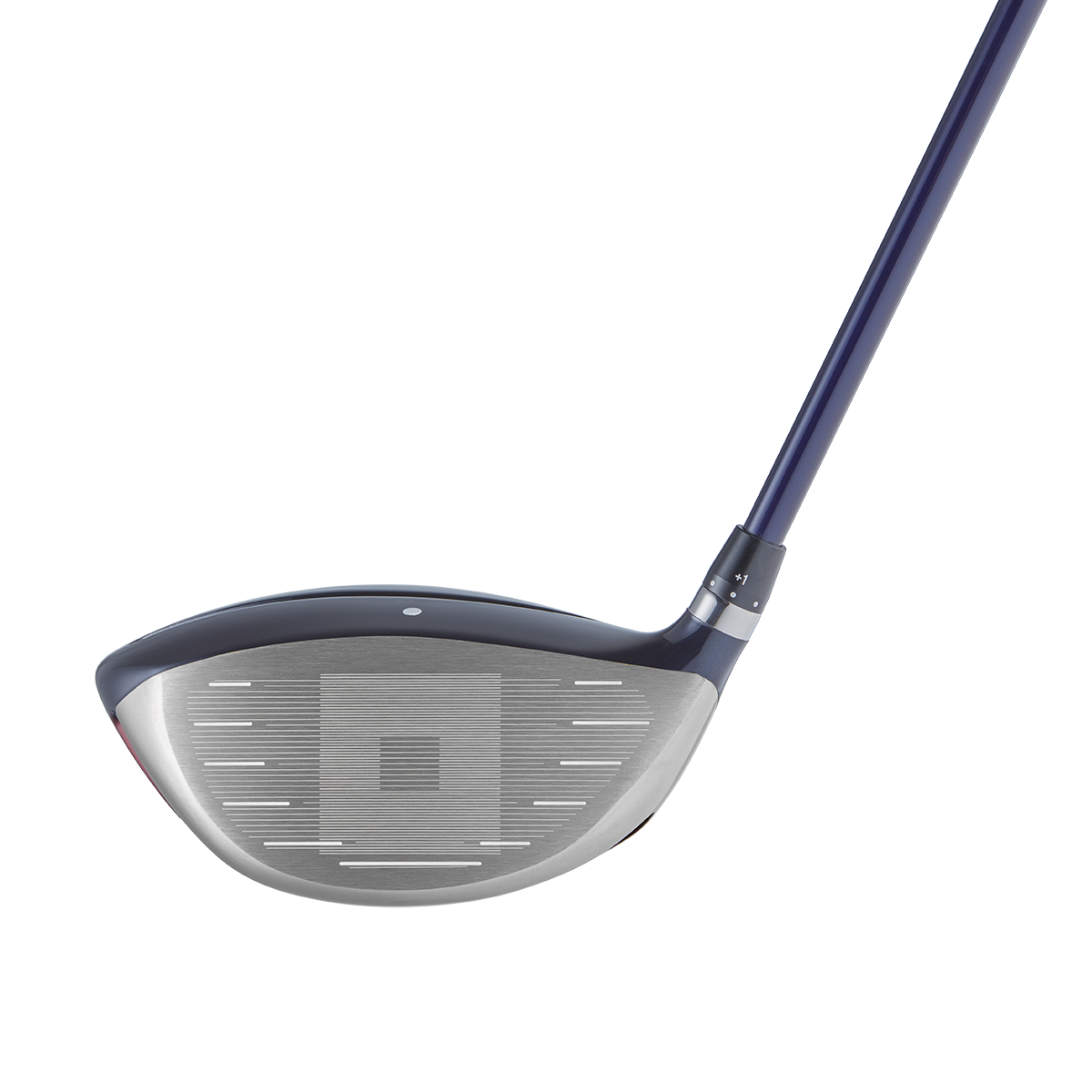 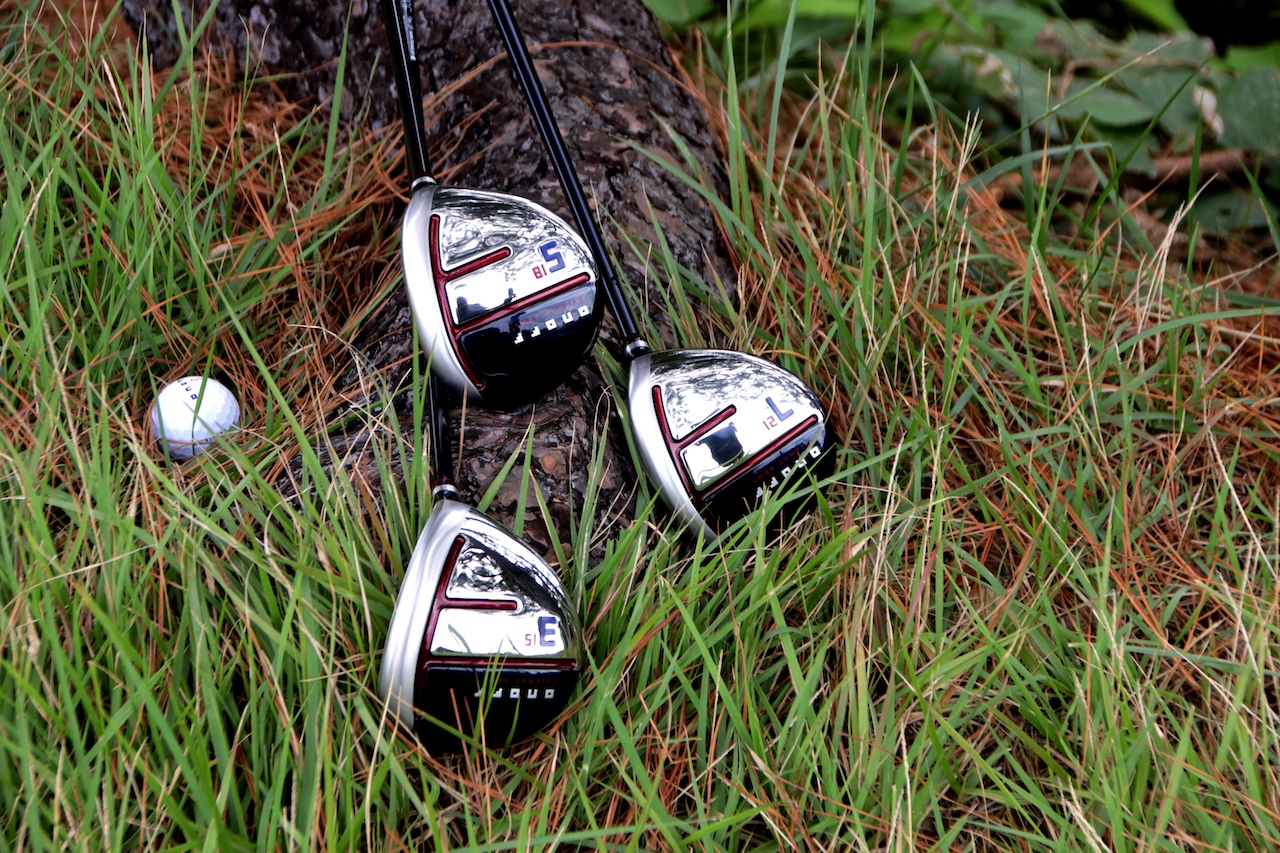 The AKA fairway woods

Building on ONOFF’s famous reputation for having forgiving and easy to hit fairway woods and utility clubs, they have further improved it with new technology in this generation. As with the new driver, both fairway wood and utility clubs also implement the improved Power Trench design with two additional trenches going from front to back of the sole in order to increase sole rigidity which results in higher ball speeds across the face. 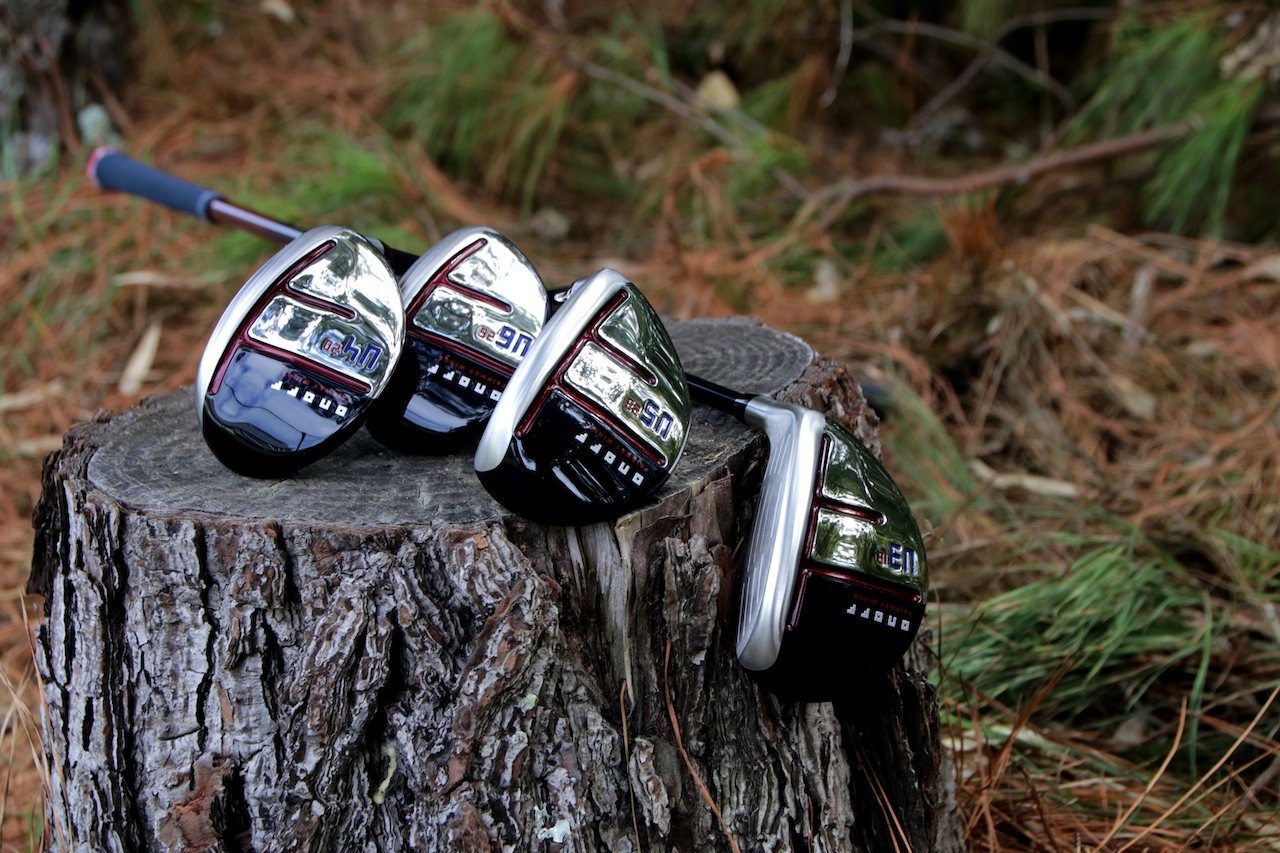 The AKA fairway woods and utilities are paired with ONOFF’s Smooth Kick MP-520F and MP-520U shafts which were designed and produced for the heads. 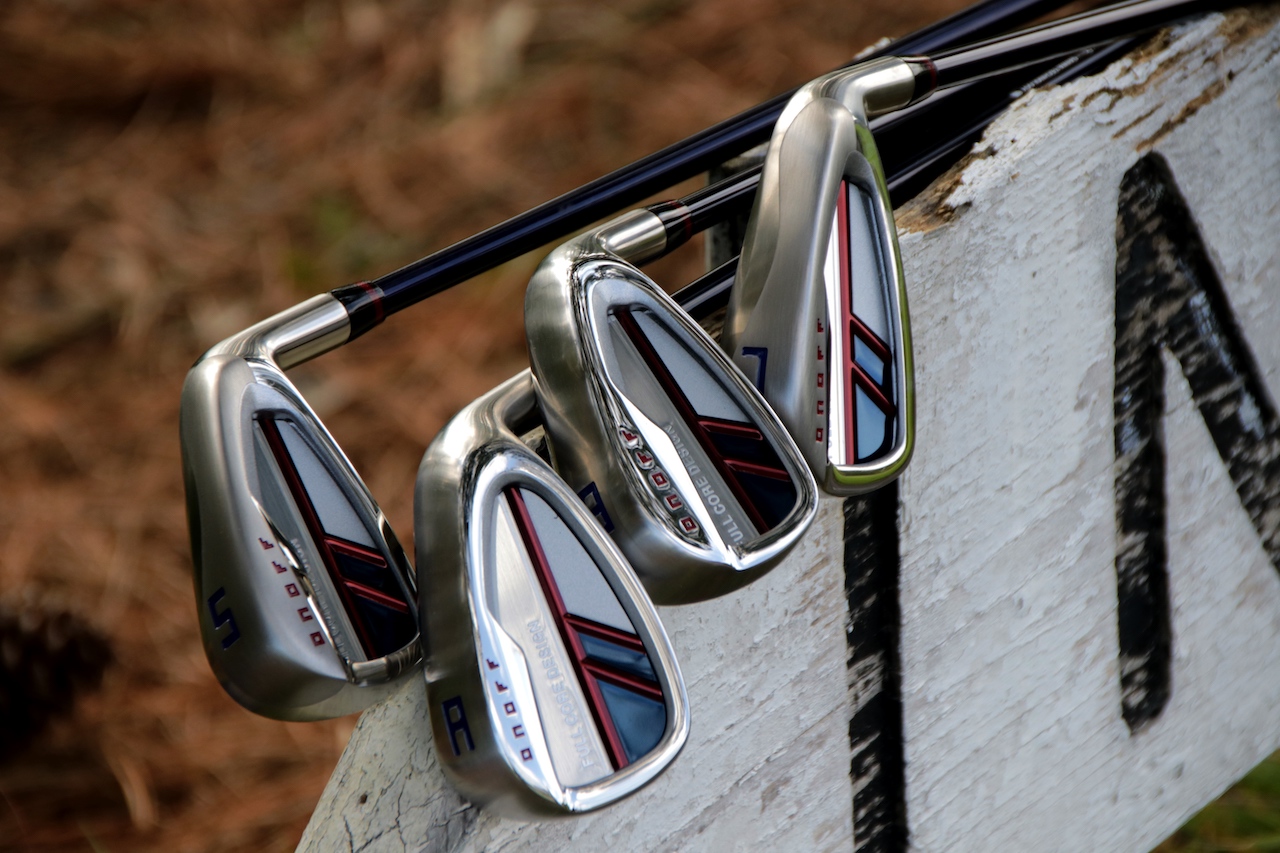 Continuing their focus on forgiveness and distance in the new AKA line-up, ONOFF utilised a new Direct Repulsion Face which features two thickness levels matched with an L-Cup face to help increase the spring effect off the face. Full Core Grooves are also located behind the toe and heel area of the face to help side the sweet spot.

A heavy Tungsten Sole is also incorporated into the irons in order to achieve a deeper and lower centre of gravity to help the ball launch higher. The new ONOFF AKA irons are paired with their own Smooth Kick MP-520I shafts as their graphite shaft option and the NS Pro Zelos 8 as the steel shaft option.